Tonight one of the great Marmite bikes of the last few years, probably only rivalled by the GT Grade or that double decker bar’d Canyon . At road.cc we’d say that to ride the Slate it to love it - for one thing this is a road bike you really can ride almost anywhere and it REALLY handles.

Much anticipated, and heavily trailed the Slate launched in 2016 - the first 650b (that we can think of) road/road+/adventure/gnarmac/gradventure… and, oh yes, all-road (delete as applicable) bike from a major manufacturer. The advantages of 650b have been well rehearsed on road.cc of late, but the gist is you get a smaller, stronger wheel, that you can accelerate faster and fit some very fat (42mm on the production version of the Slate), grippy and comfy rubber to. That rubber was tubeless too - stopping was/is taken care of by flat mount Shimano hydraulic brakes. Ideal then for taking off the beaten track. That’s not all, up front the aluminium frame is hooked up to a Lefty Oliver fork - Cannondale’s one legged suspension fork, dishing out 30mm of travel which you could lock out on the fly for climbs. That wasn’t the only suspension up front it also boasted one of Cannondale’s integrated Headshocks too. 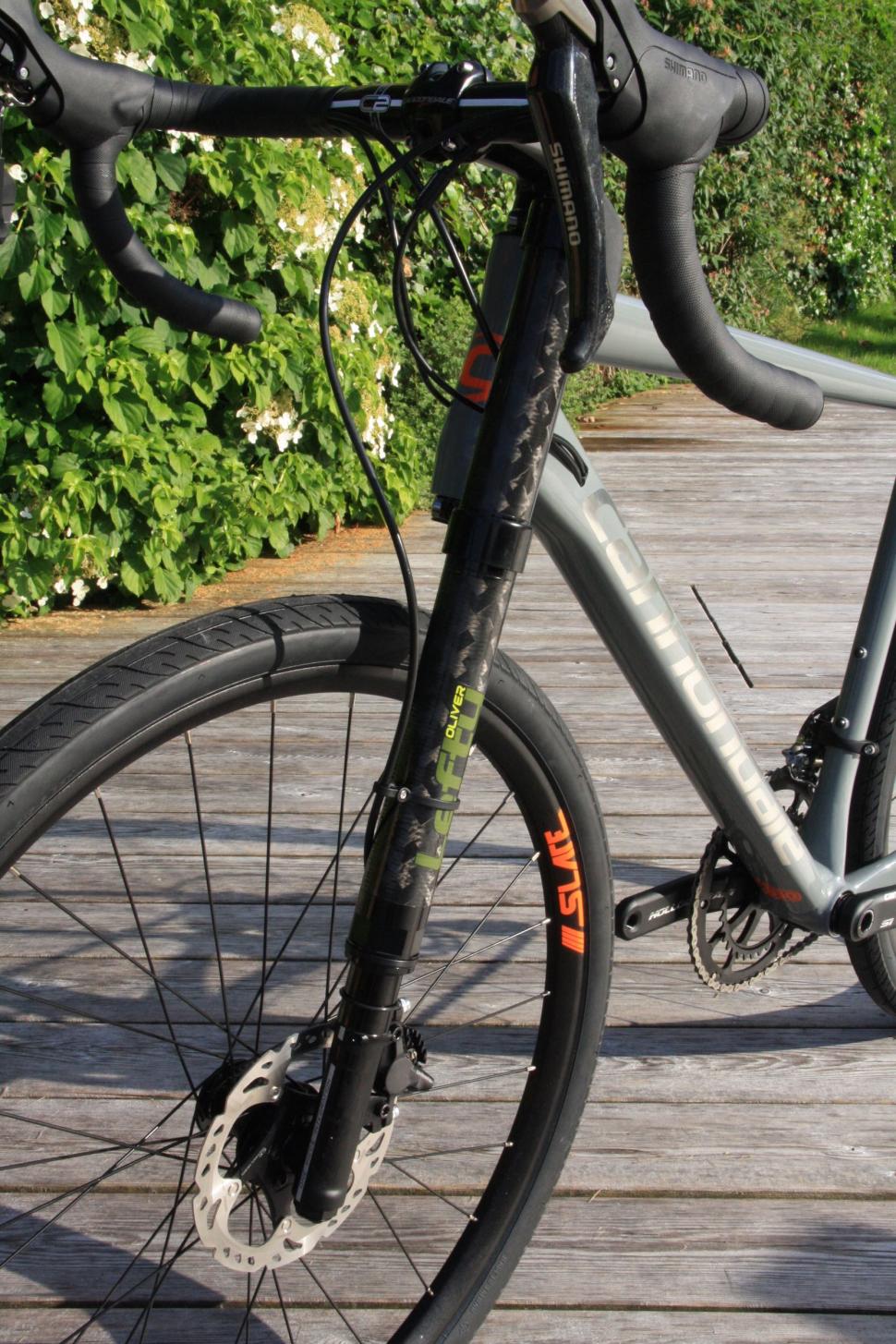 Ride position was somewhere between the Cannondale’s Synapse endurance bike and their full on performance SuperSix Evo - so the Slate wasn’t designed for hanging about on. It also shared a number of tube profiles with the Synapse and the CAAD12 alu race bike.

What was/is it like to ride? Well you can read David Arthur's First ride review here. I rode one on a road.cc rideout and it was an absolute blast. My initial doubts that it would prove wallowy and heavy were instantly dispelled, those 650b wheels really do help you get up to speed just that little bit faster, it was also surprisingly quick going downhill too, one of the Cannondale guys on the ride reckoned it was their fastest descending road bike, but it was when things got rough that it really came in to it’s own turning what would have been a sketchy descent down a rutted lane in places hub deep in mud in to one of the most enjoyable 15 minutes I’ve had on a bike in years - the combination of the frame, fork and fat tyres giving a fast, agile, sure-footed ride - it was, dare I say it, like mountain biking on the road. The Slate is still in production so why do I keep referring to it in the past tense? Well sadly Cannondale didn’t bring it in to the UK for 2018 - while its all-round versatility and super-functional quirkiness have proved a hit in other countries (in some parts of Europe it’s marketed as an urban bike) it was possibly just too much of an N+1 bike for the UK market, or perhaps it was just ahead of its time…

Wish I’d bought one though.