Look have teamed up with SRM for their new power meter pedals, which run off rechargeable batteries and promise super reliable data in a lightweight package
by Jack Sexty

One was the first to launch a clipless pedal in 1984, and the other introduced the power meter a couple of years later... 32 years on, Look and SRM have combined their expertise to launch the EXAKT power pedals, which are available to buy from July.

The EXAKTs support Bluetooth and ANT+, and have a stack height of 11.9mm with 54.6mm of Q Factor. A double seal system on both the inside and end cap is used to ensure the pedals are watertight, with an IPX7 rating. The power meter is fully integrated into the pedals, with all the electronics housed in the spindle. This is assembled with an oversized ball bearing and a needle bearing to ensure better load distribution. The pedal body is full carbon to be as light and stiff as possible, and the contact surface is steel for optimal stability and power transfer. The claimed weight is just 155g per pedal - that makes them lighter than Garmin's Vector 3's and a smidgen heavier than Favero's Assiomas. 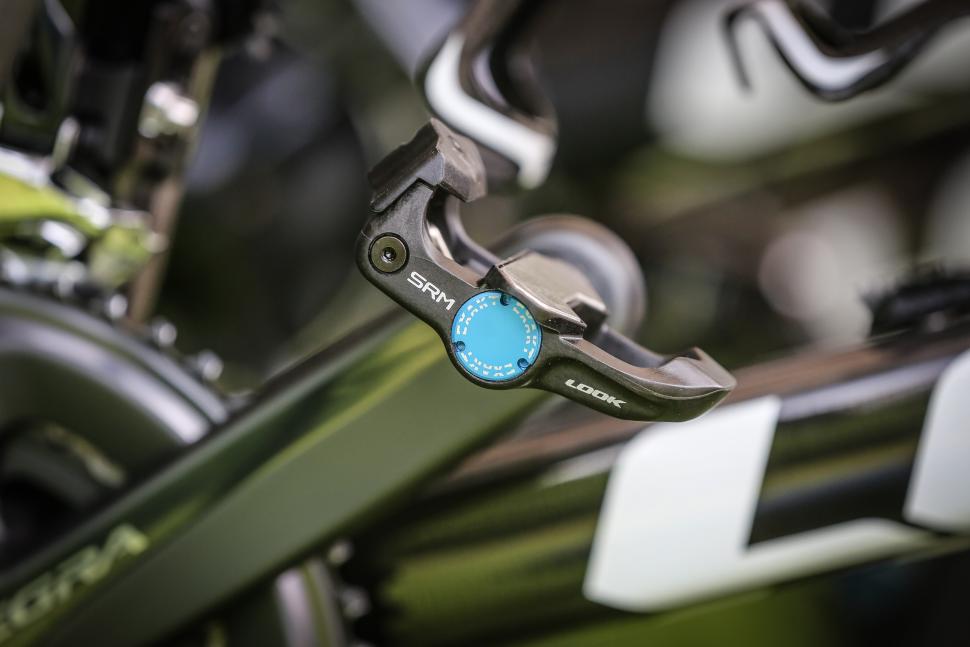 EXAKT run off lithium ion batteries that last 100 hours per charge. To recharge them, a small adapter (supplied) with a USB port is attached to the spindle, which you plug your cable into.

When used with SRM's PC8 computer you can display huge amounts of data such as TSS, normalised power and intensity factors. EXAKT also supports pedalling dynamics such as torque analysis and left/right leg balance. To view more stats and analysis there is also the EXAKT app, and from here you can also check your charge status, set crank length and perform firmware updates. Look's first power meter pedals, the Keo Power System, didn't exactly strike a chord with many cyclists and perhaps crucially, were considerably more expensive than pedal power options from Garmin and Powertap, at nearly £1,500 when they were first released (although that price has now more than halved with numerous online retailers). The EXAKT pedals will retail at €1,399 for the double-sided versions and €799 for single-sided, while a bundle with SRM's PC8 head unit (shown above) will cost €2179; that still makes them pricier than competitors, (Favero's Assioma dual-sided pedals that we reviewed last year are £735 to give one example) but we'll be keen to find out if the easy charging, accuracy claims and build quality will justify the cost when we get hold of a set to test...