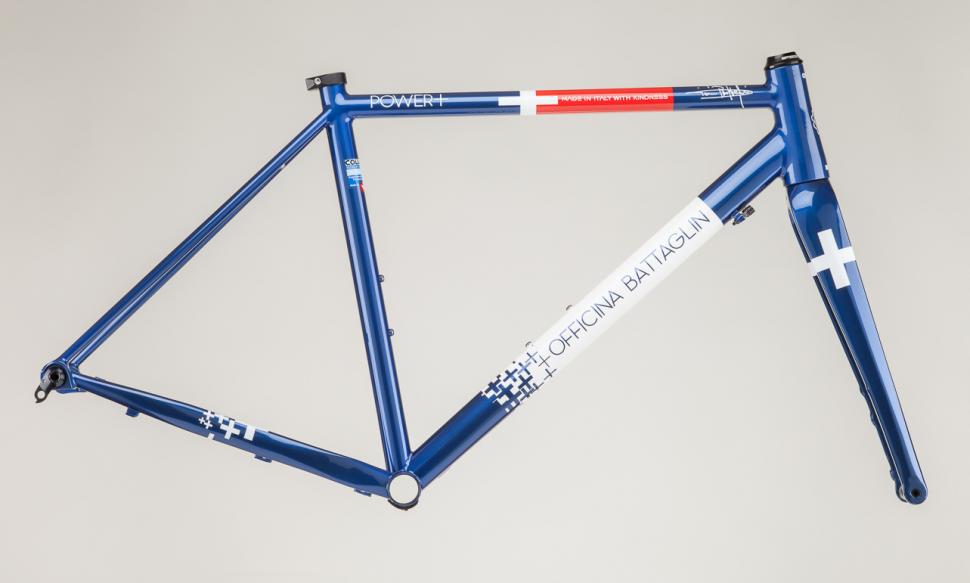 Has there ever been a better time to buy a new road bike? Here’s an Italian handmade steel frame with the latest disc brake technology that its Giro-Vuelta winning founder says he wishes he could have raced when he was a professional cyclist.

It’s the Power+ Disc and is the latest bike from Officina Battaglin, the Italian bicycle branded founded by Giovanni Battaglin. Giovanni was a professional from 1973 to 1984 and in 1981 he had a barnstorming year, winning both the Giro d’Italia and Vuelta a España.

He started his own company a couple of years later, fast forward to 2018 and the company is one of the few brands still making bikes in Italy. And it’s not ignoring the latest trends like disc brakes. 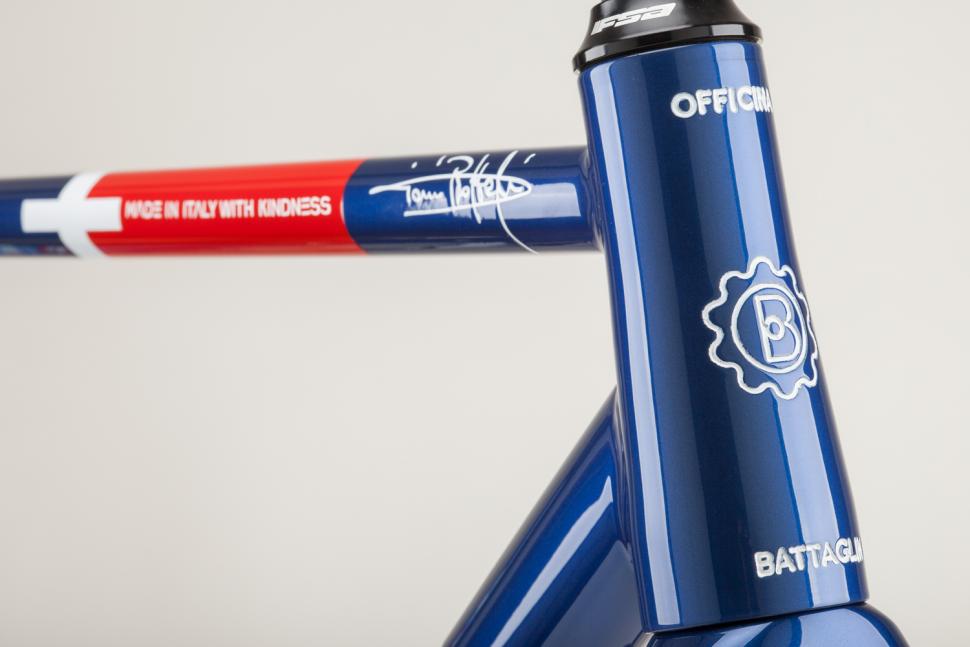 The decision to add a disc brake version to its range was easy, according to Giovanni. “Many customers were already asking for a disc version of the Power+,” he says, so the Power+ Disc was launched.

The Power+ Disc is made from Columbus HSS Spirit triple butted tubing, with the disc brakes attached to the frame via the now standard flat mount fixings. Thru-axles replace conventional quick release axles. Tyre clearance has been boosted but the company offers no max tyre compatibility. 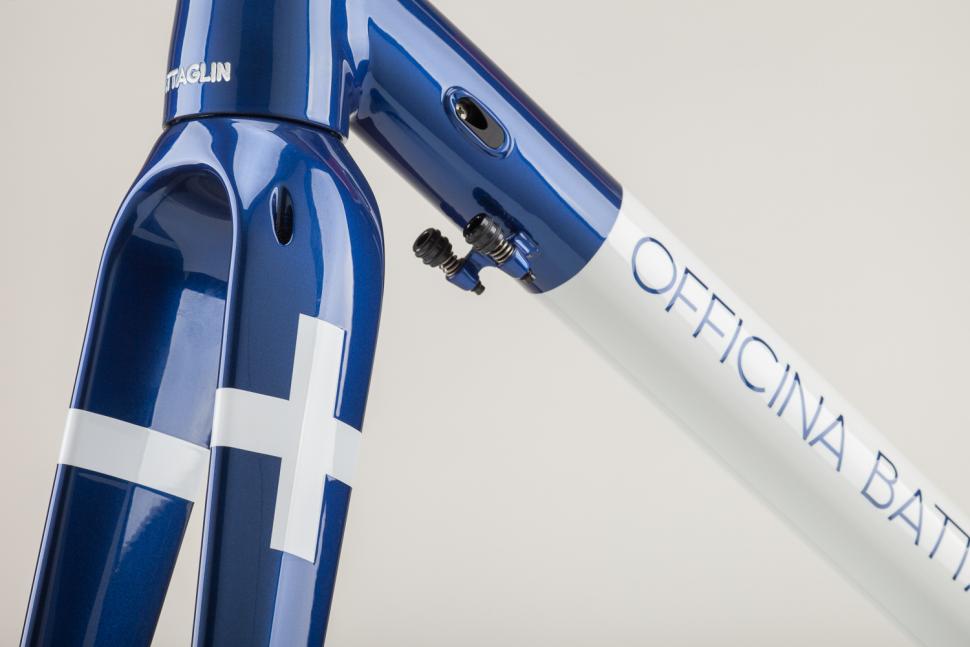 Other than those changes, the rest of the frame remains the same. The tubes are fillet brazed, the head tube is oversized and tapered, cables are externally routed and the fork is made from carbon fibre.

The other key change is the different paint job. “…we’ve chosen a different colour that sets it apart from the rim brake version of the Power+, even if we've kept the same paint scheme,” says Giovanni. 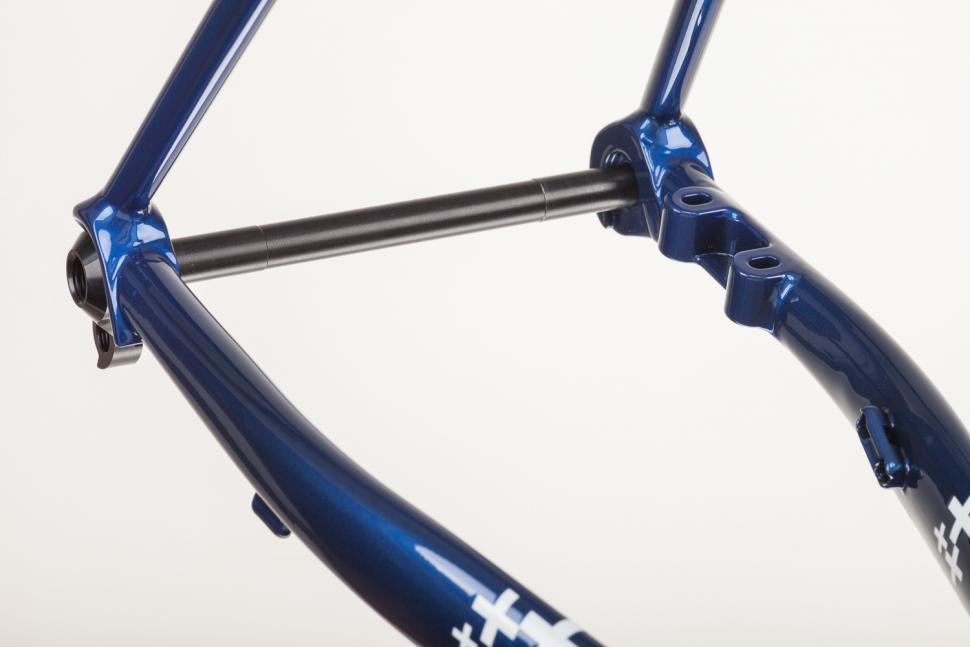 The paint scheme is a modern interpretation of the company’s best-selling steel frame from the 1990s, a frame that was ridden by the Refin–Mobilvetta pro team, which counted the legendary and controversial sprinter Djamolidine Abdoujaparov among its ranks.

Each Power+ Disc frame is made to order in Italy with bespoke sizing included.

"All the Officina Battaglin frames are handmade in Italy,” explains Giovanni. “I take part in the sizing process of every frame we build, to ensure the customer gets the best geometry for their body proportions and riding needs. I feel it's important that the bike rides how I want it to ride, but it must reflect the cyclist's uniqueness.” Would Giovanni have chosen disc brakes when he was a pro? Yes is the answer, as he explains: "Lightweight, smooth-riding, now with added braking power and greater modulation. I wish I had a Power+ Disc when I raced the Giro!" Course he would say that you might add.

We've no word on pricing but you can head to http://officinabattaglin.com/ for more info.