The UCI, cycle sport’s world governing body, has today announced that it will use X-ray equipped trucks to check bikes for motor assistance at this year’s Grand Tours and five of the biggest one-day races, and will randomly select bikes to dismantle following stages/races.

Any bikes deemed to be suspicious will also be dismantled, and officials will continue scanning bikes with tablet devices.

UCI president David Lappartient has made targeting technological fraud a major priority. Back in December he said that it would be a “disaster for the sport” if a leading rider were caught using a concealed motor. 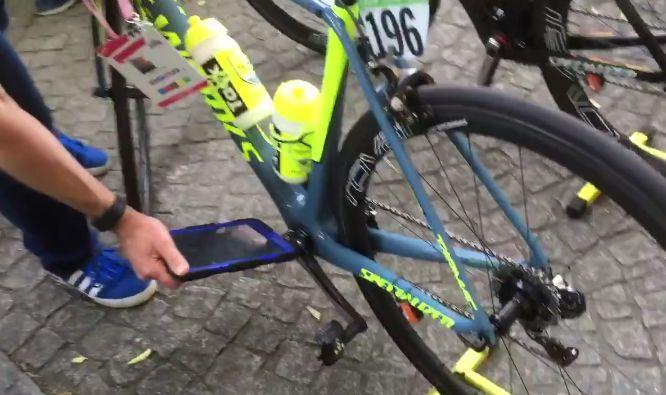 The UCI has previously used tablet devices to scan bikes, and thermal imaging cameras were used in the 2016 and 2017 editions of the Tour de France to try to detect any concealed motors.

Read our story from 2016, Mechanical doping: Tour de France to use thermal imaging kit to look for hidden motors.

Belgian cyclo-cross rider Femke Van den Driessche was banned from cycling for six years following the discovery of a concealed motor in a bike prepared for her at the world championships in Zolder at the end of January 2016.

We’ve reported in the past how three-time Tour de France winner Greg LeMond says he does not trust recent results in cycling’s biggest race because he believes riders are cheating by using concealed motors.

The UCI appointed Jean-Christophe Péraud, runner-up to Vincenzo Nibali in the 2014 Tour de France, as its manager of equipment and the fight against technological fraud in November last year.

“As well as the Grand Tours, the races affected by the new UCI measures are the Milan-San Remo, the Tour of Flanders, Paris-Roubaix, Liege-Bastogne-Liege and the Tour of Lombardy,” reports Reuters.

There are currently very few details about the UCI's new plans, other than that  X-ray equipped trucks will feature, although the UCI has announced a news conference to be held today where measures will be outlined in more depth.