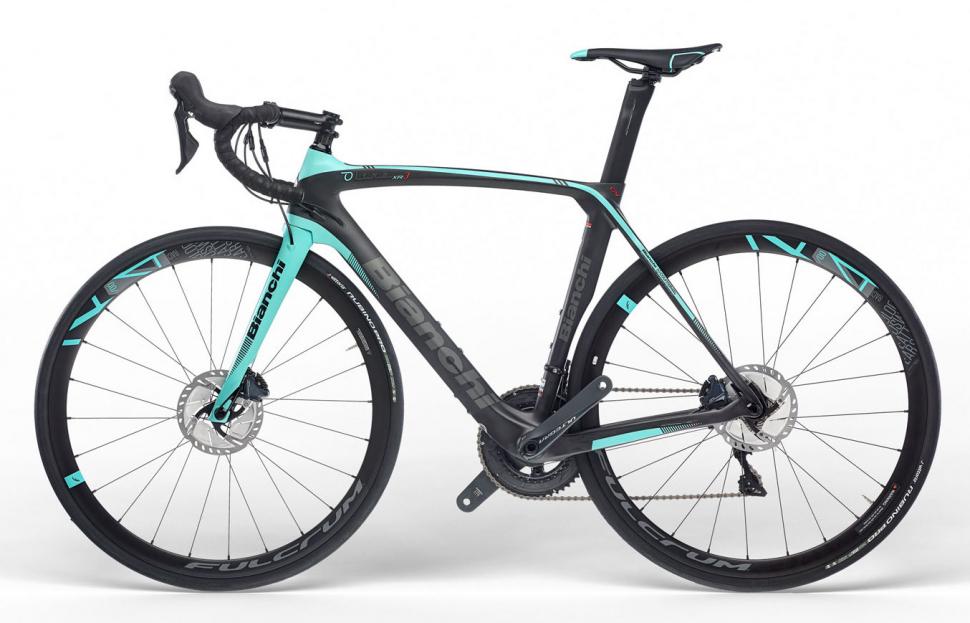 Been holding out for an Oltre with disc brakes? Your wait is now over
by David Arthur @davearthur

In an interesting move that bucks the usual trend in the cycling industry to showcase new products and technology on top-end models, Bianchi first rolled out disc brakes on its Aria, an affordable carbon road bike, and rather than bring out its range-topping Oltre XR4 with discs as we might have predicted, it has instead launched the Oltre XR3 Disc. There is a lot in common with the XR4 flagship race bike, including the Countervail technology. “Our objective is to offer superior application of braking power on the new Oltre XR3 Disc, enabling you to ride faster, maintain a more consistent overall speed, and even save energy,” says Bianchi.

Bianchi is no stranger to disc brakes. Its Infinito CV Disc was one of the early breed of disc-equipped endurance bikes when it launched a few years ago, but the Aria Disc launched last autumn, and now the Oltre XR3 Disc represent the Italian company's move into race-ready disc brake road bikes.

Could it be that Bianchi doesn’t see the LottoNL-Jumbo team it sponsors having any interest in disc brakes, so is instead focusing on the bikes most likely to be bought by consumers? 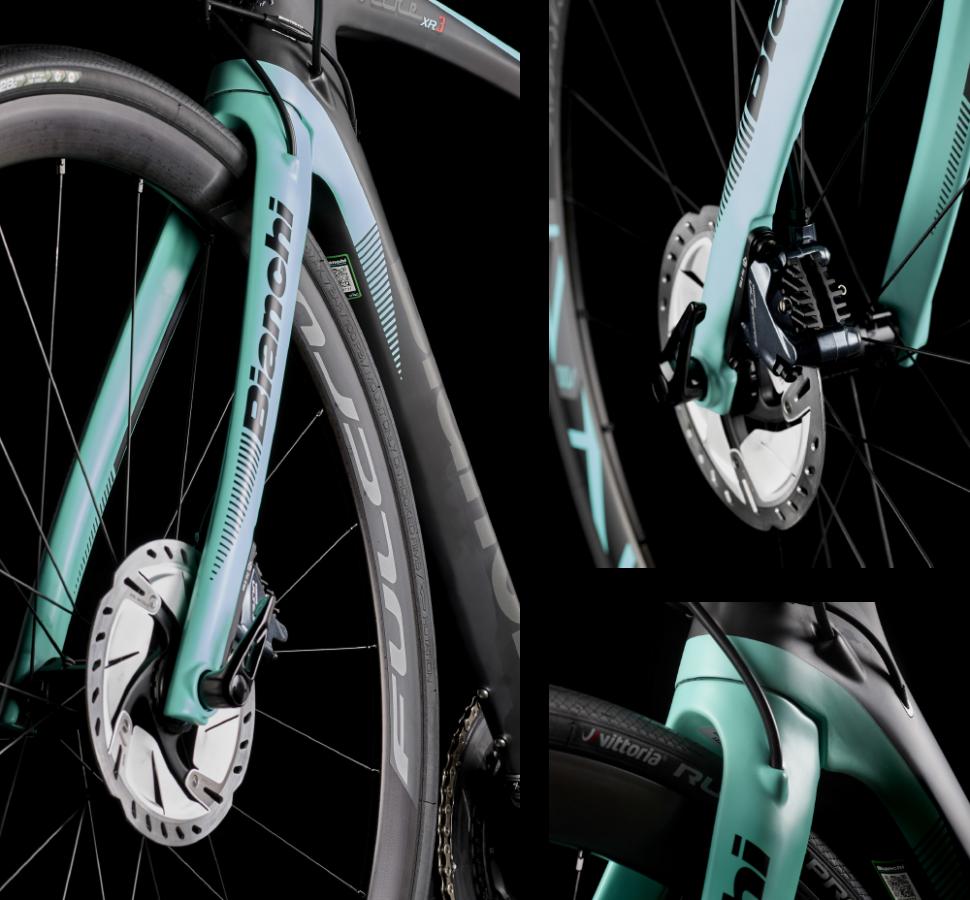 All cables and hoses are internally routed, to optimise the aerodynamics. The PF86 bottom bracket maximises frame stiffness for sprints. There’s an aero seatpost with a choice of 10 or 25mm offset, and the seatpost clamp is hidden inside the top tube.

The fork is all-new, with a wider 1.5in lower steerer tube diameter to provide a better connection with the head tube, and the fork, like the frame, incorporates the Countervail tech. Claimed weight for the fork is 450g.

The new bike will be available in seven sizes from 47 to 61cm. 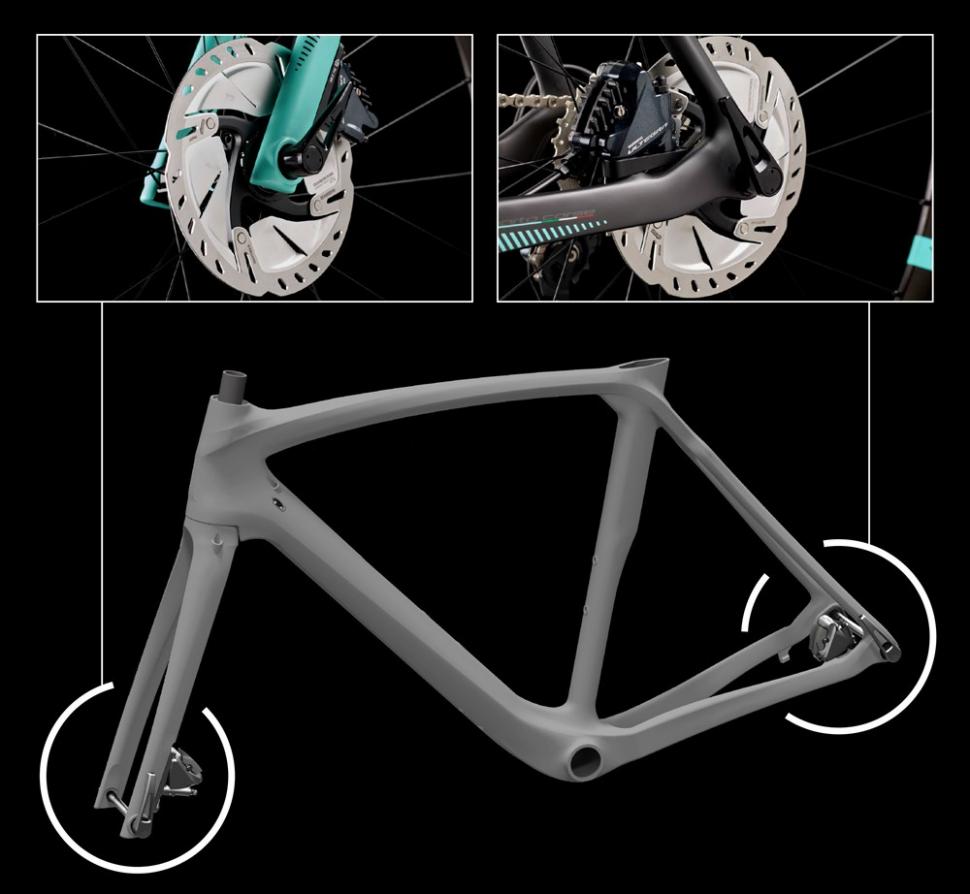 Bianchi will be offering the new Oltre XR3 Disc in just one build, with a Shimano R8000 groupset with hydraulic disc brakes, Fulcrum Racing 418 wheels and Vittoria Rubino Pro G+ Isotech 28mm tyres and a Selle San Marco Concor Startup saddle. We don't have a price yet but we have asked. More at www.bianchi.com

We’ve got the new bike winging its way to the office in the next couple of weeks for a review so watch out for that soon.

The original XR3 was added to Bianchi’s range last year and sits below its flagship XR4 race bike. It has a similar, but not identical looking frame, and uses the company’s Countervail technology that, it’s claimed, cancels 80% of vibrations while increasing frame and fork stiffness and strength.

You can read our review of the Oltre XR3 here.