Mavic’s Tour de France neutral service bikes are fitted with dropper seatposts for the first time in this year’s race to allow riders to adjust their position more quickly and easily. 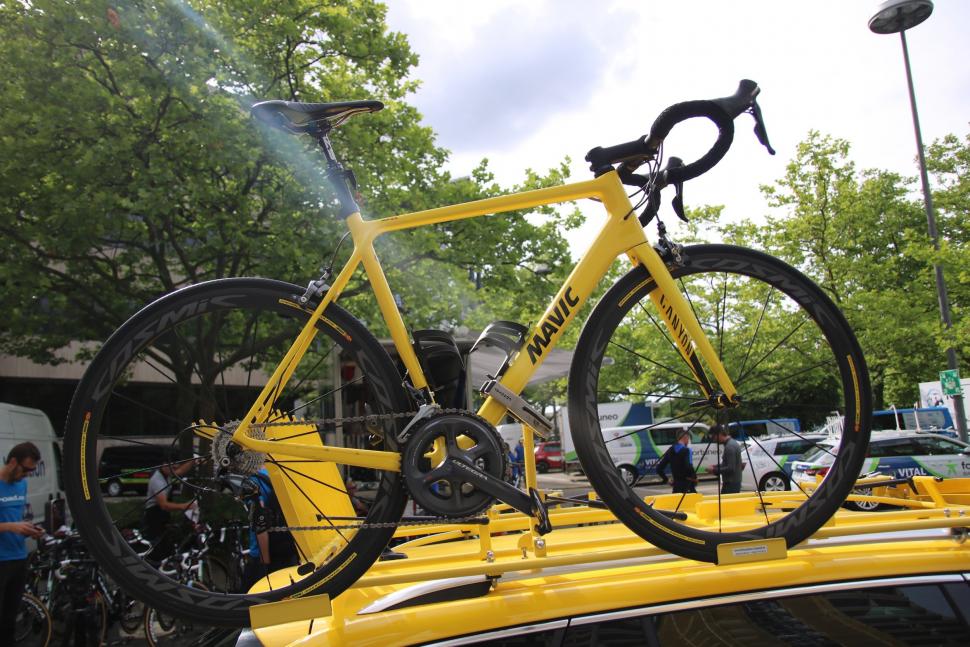 A neutral service bike is available to a rider when he suffers a mechanical problem and one of his own team’s support vehicles can’t get to him quickly with a replacement for some reason. It’s quite an unusual occurrence but it does happen. Usually, a team car will be on the scene in seconds with a spare. If not, a GC rider might borrow a bike from a teammate if there’s one about, but just occasionally a rider will jump on a neutral service bike as a temporary fix to stay in the race and swap back to a team bike later on.

Dropper seatposts are a common feature of mountain biking where they allow you to adjust your saddle height for technical sections using a control that you can operate on the fly. You don’t have to stop and faff about with a hex key or a quick release seatpost clamp. The usefulness of a dropper seatpost on a neutral service bike is obvious. A rider can jump on board and quickly get a saddle height that works for them whatever their height. They might not get a perfect riding position, but one that’s good enough to be going on with.

Mavic, which introduced neutral support to professional bike racing over 40 years ago, has specced its Tour de France neutral service bikes with custom dropper seatposts from KS Suspension of the USA.

The seatposts, based on the Lev Integra 272, offer 65mm of saddle height adjustment. To lower the post, you pull on that loop you can see in the photo with your weight on the saddle. Pull on the loop while the saddle is unweighted (while you’re standing up on the pedals) and the post will extend. You can stop it at any point within the travel. 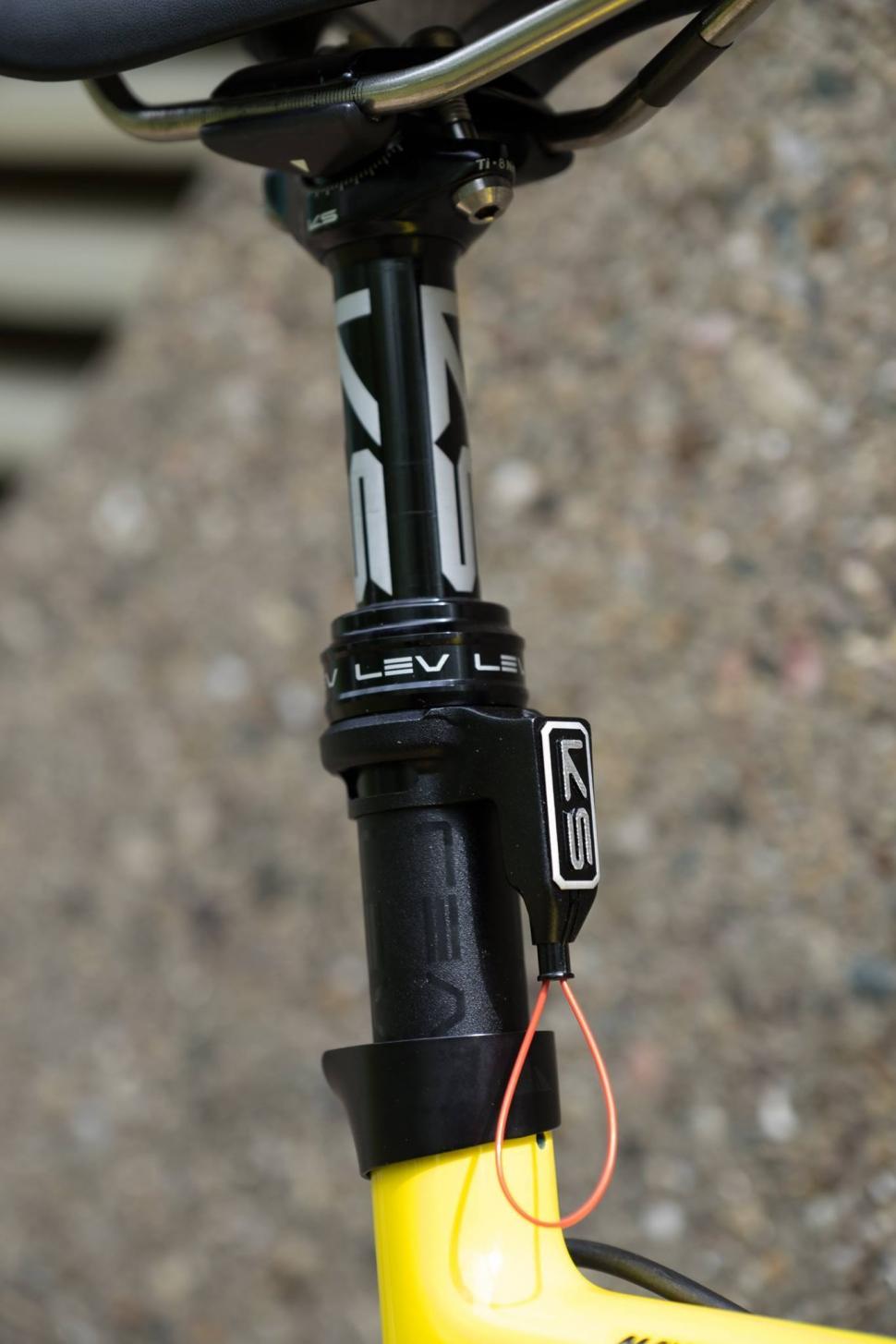 Ah, but what about pedals? Remember when Chris Froome started legging it up Mont Ventoux last year? Of course you do. That was because the neutral service bike he was given was fitted with Look Kéo pedals whereas Froome uses Shimano SPD-SL. Froome couldn’t clip in to the pedals – the two systems are incompatible – hence the Forrest Gump impression. The three bikes that Mavic has on its neutral service cars are each fitted with a different pedal system: Shimano, Look Kéo and Speedplay. Riders using other pedal systems – Time for example – are aware of that.