Mavic’s Speed Release thru-axle was quietly unveiled at Eurobike last autumn and we first saw it in use on Alchemy’s updated Helios and Atlas carbon road frames. It’s perhaps no surprise that Enve has launched a fork using Mavic’s thru-axle design, given Mavic’s parent company Amer Sports bought Enve Composites last year, there was bound to be some cross-pollination of ideas and technology.  It remains to be seen how many frame manufacturers adopt the Speed-Release thru-axle, which requires specific dropouts, but we can see some using the new Enve fork, though it does make sense to have the same thru-axles systems at both wheels. 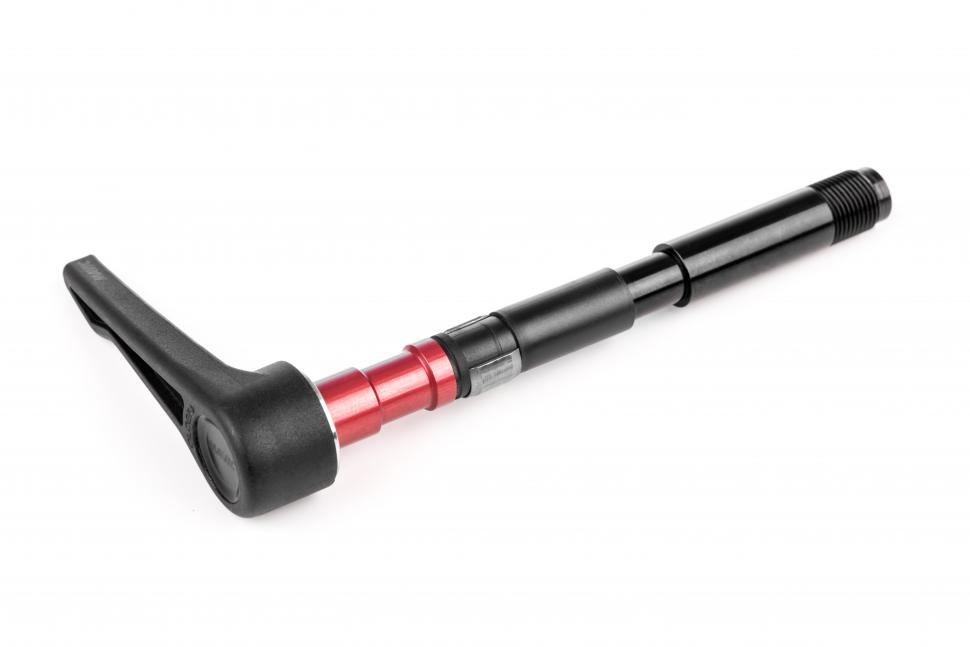 Speed Release differs from regular thru-axles. A stepped axle with a small spring and retention sleeve retains the thru-axle inside the hub during a wheel removal, with an open dropout on the right side of the bike and a regular threaded dropout on the opposite side meaning you can simply undo the axle and drop the wheel out.

A regular thru-axle needs to be completely removed from the hub and frame/fork, and this does slow down wheel changes and runs the risk of dropping the thru-axle on the road. Mavic’s system keeps the axle inside the hub and because the driveside dropout is open, the wheel slides out easily. 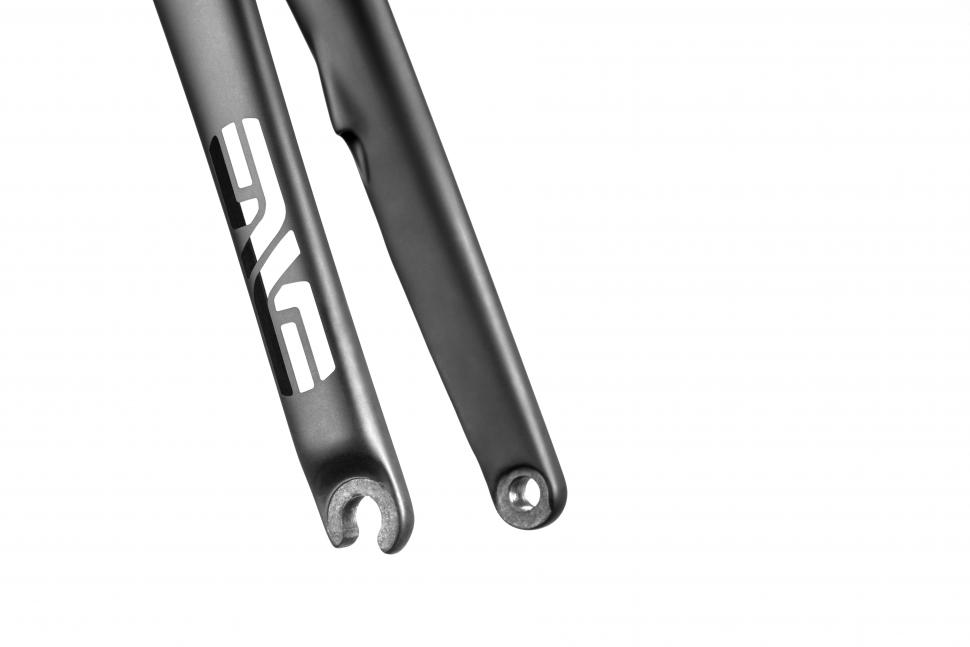 The lever only needs four rotations to tighten the wheel back into place, and it has a built-in torque setting which removes the guesswork. You can also position the lever however you like, similar to DT’s RWS system.

The new fork is compatible with any 12mm thru-axle hub and provides clearance for up to 32mm tyres. The axle to crown height is 370mm, it’s available in 43 and 50mm rake options, there’s internal hose routing and it uses flat mount and is compatible with 140 and 160mm rotors. It’s a one-piece carbon fibre construction, as with all Enve forks, and weighs a claimed 445g with the Speed-Release axle included. We don’t have a UK price yet but in the US it’s going to cost $599. Enve says the evolution of road bike design towards disc brakes and wider tyres led to it adopting Mavic’s Speed-Release thru-axle. The company says in a statement issued this week:

“Road cycling has evolved over the years and our preferences have shifted from rim brakes and low volume tires to disc brakes and high volume tires. As such, we needed to create a fork that matched these preferences while maintain the premium ride quality ENVE forks are known for. Traditional closed thru-axle drop out systems pose the problem of being both heavy and difficult for removing the wheel from the bike. The Mavic Speed Release system address these issues by providing the security of a closed drop-out thru-axle set-up, with the convenience and lightweight of a quick release.” 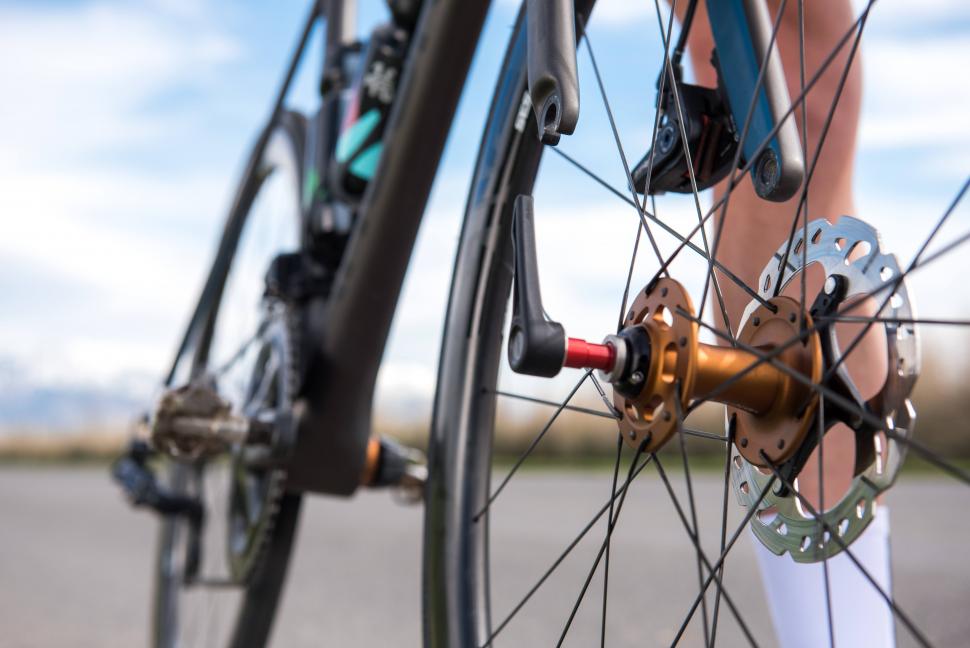