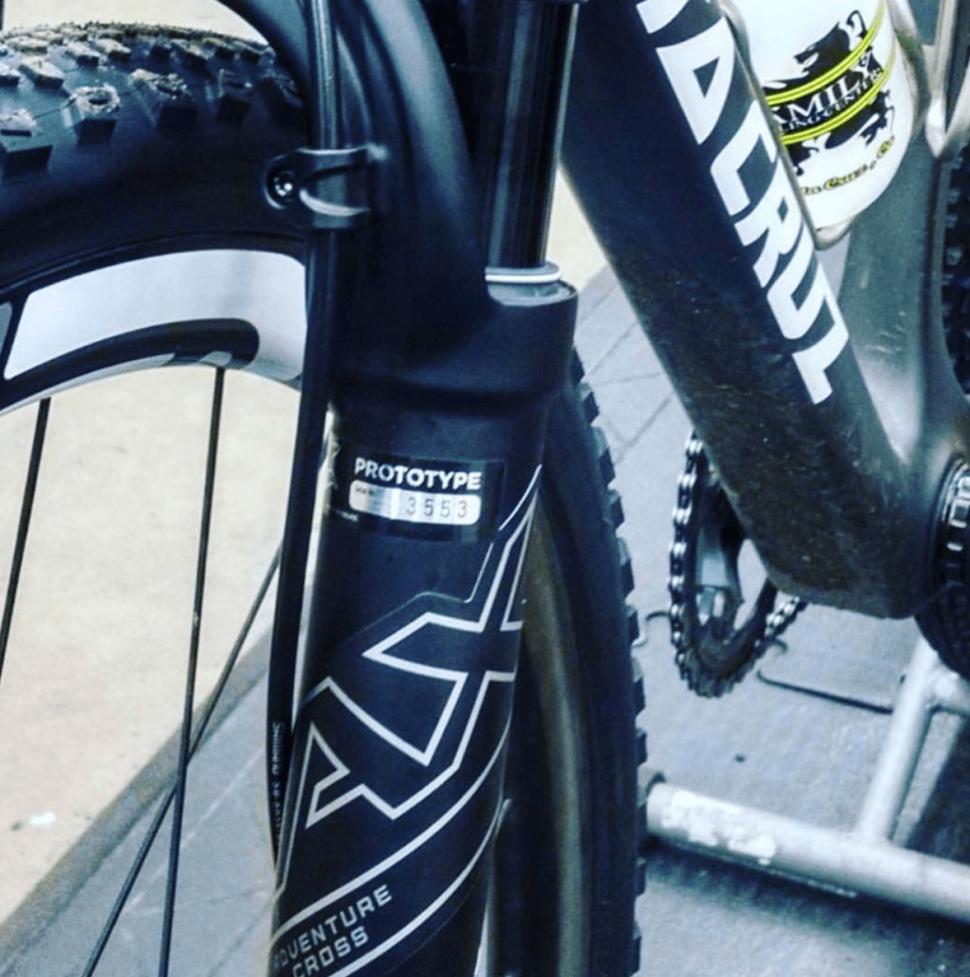 Is Fox about to release an Adventure Cross suspension fork?

Is Fox about to release an Adventure Cross suspension fork?

A photo shared on Instagram suggests suspension company Fox might be set to target the growing adventure bike market with a dedicated suspension fork called the AX, short for Adventure Cross. We can tell it's a Fox suspension fork because the lower leg and crown casting looks almost identical to the 32 Step Cast cross-country fork. It's probably that fork that is the basis for one tailored for the adventure and cyclocross market.

Peter Lucus, a Tech rep for Shimano based in California, shared this photo on his personal Instagram account recently, and with nearly 3k followers it didn’t take long to do the rounds. It wouldn’t surprise us if this photo gets pulled down soon, so be quick if you do want to take a look.

We can determine it’s a suspension fork intended for gravel and adventure bikes because it’s attached to a Santa Cruz Stigma, the same bike which Peter has previously shared on his Instagram page but with regular rigid forks fitted. You can tell it’s the same bike because it’s the same colour frame and there’s the telltale single ring chainset.

It’s impossible to tell much more than that from the photo. It’s clearly a disc-specific fork and the crown looks to provide generous clearance over what looks a decent width tyre. How much travel the fork provides remains to be seen - Fox could introduce is travel adjust Talas system perhaps, or it might opt for somewhere in the region of 30mm so not to radically upset the geometry of a gravel bike.

While we didn’t see this coming, we’re really not that surprised. Cannondale has already shown the potential advantages of a short travel suspension fork on an adventure bike, with its Slate and its 30mm Lefty suspension fork. As gravel and adventure bikes grow in capability with bigger tyre clearance and people using them for more challenging terrain, there’s going to come a point when a little suspension would be a nice thing.

Of course, you’re also increasingly asking the question of whether a lightweight 29er hardtail mountain bike might not be a better choice, but there are still advantages of an adventure bike, namely the position which allows more streamlined riding on smoother terrain.

1
Brexit and the bike industry: how the situation is evolving
2
Near Miss of the Day 526: Flatbed truck driver clips cyclist while attempting mindless overtake
3
Brighton woman riding with her child on her bike sent face-first into wall by another cyclist
4
Threat to axe New Forest’s off-road cycle network as court criticises “out of control” cyclists
5
Brexit price rises - Canyon covers some costs but UK buyers will still pay more
6
Blow for active travel in London as High Court judge rules Sadiq Khan’s Streetspace initiative unlawful
7
Near Miss of the Day 525: Cyclist has to thump on taxi window as driver squeezes him into verge
8
Fears new cycleway will lead to drunkenness, drug taking and 'naked selfies in the woods' (no, really)