You might not have heard of German brand Bombtrack before, but at the Bike Place show in Silverstone this week we had a close look at the company’s brand new Hook EXT, a bike with go-anywhere potential and we liked what we saw.

The brand formed a few years ago, started by a company called We Make Things that is also responsible for BMX brand We The People, with a focus on singlespeed and fixed wheel bikes, but it’s since branched out to offer a full range of geared road bikes that cover most spectrums of road cycling. The Hook EXT is its latest model and taps into the growing gravel and adventure bike market with a steel frame designed around 2.1in tyres on 650b wheels. 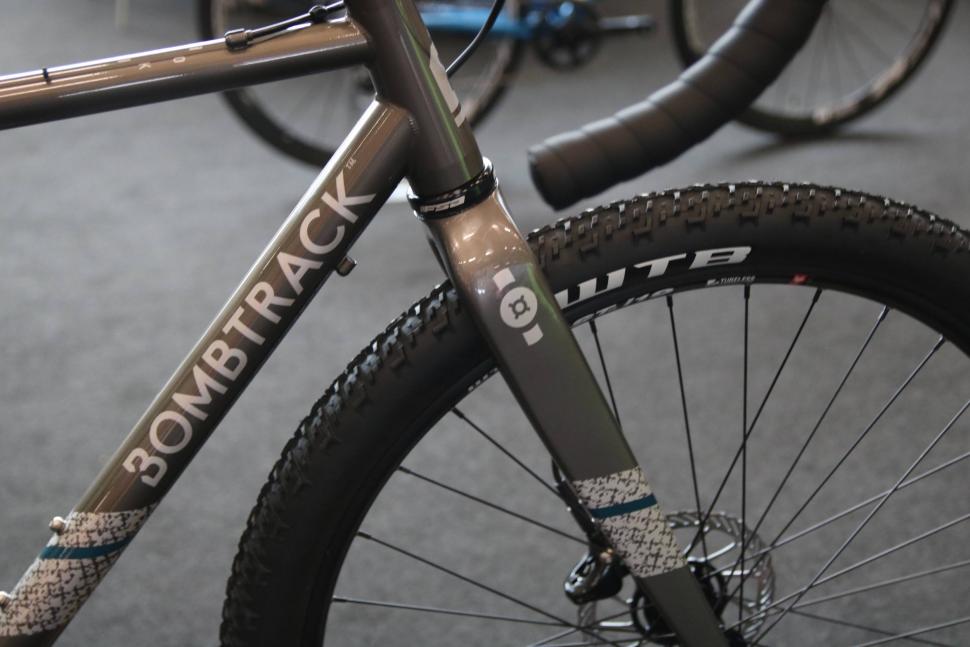 We’re seeing more adventure bikes being designed to accept the old French wheel size with chunky mountain bike inspired tyres, such as the OPEN UP, Cannondale Slate and Mason Bokeh. The outside diameter of the tyre is roughly the same as a 28mm tyre on a 700c rim, but the obvious attraction is vastly increased cushioning and traction, especially with a tyre that offers a decent tread design like the WTB Nano tyres on this model. Gravel Plus perhaps? There is, of course, nothing to stop you reverting to a 700c wheel with a 40mm tyre if you prefer, or if it suits your riding style and terrain better. Bombtrack has used a Columbus Cromor double butted steel tubeset with external cable routing and a tapered head tube, and its own carbon fibre fork with huge tyre clearance due to its very square crown design. To ensure there’s enough rear tyre clearance, there’s a thin plate connecting the driveside chainstay to the bottom bracket, which provides more space than a tube. There are some nice details, the cowled dropouts with mudguard eyelets, the oversize bottom bracket and internal brake hose routing inside the fork leg, and the latest flat mount standard for the disc brake calipers. Thru-axles are used at both ends instead of quick release skewers. The geometry runs close to a road bike with a lower bottom bracket than you’d get on a cyclocross bike to lower the centre of gravity. Price for the SRAM Rival 1x11 build pictured here is £2,199.99 and the build includes WTB 32h rims with WTB Nano tyres, a Selle San Marco saddle and lots of Bombtrack branded finishing kit, including the sealed hubs, flared drop handlebars and stem. Claimed weight for the complete bike is 11.1kg (24.5lb) for a size medium, one of four frame sizes available.

It’s a cool looking bike and we’re hopefully going to be getting one in for review soon so we can find out how it rides. It certainly looks purposeful and ideally suited if you want to do a lot of off-road exploring of woodland trails, bridleways and open moorland. Tyres too chunky for you? The Hook name is also used on a more conventional road bike but still with clearance for 36mm tyres on 700c rims. 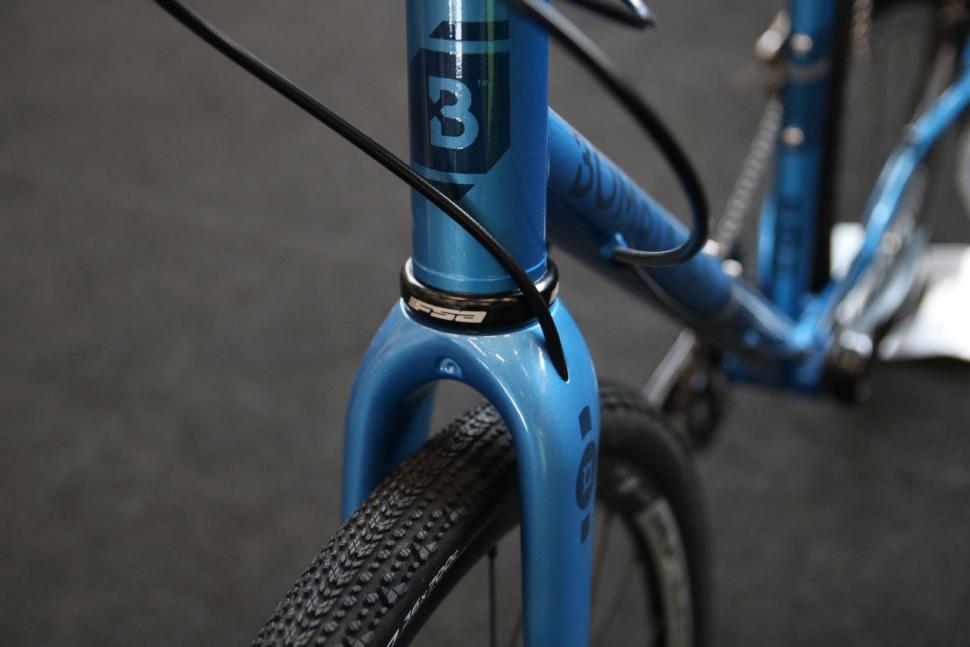 The frame is made from the same Columbus Cromor tubing but there are some subtle differences: the tapered head tube is switched for a 44mm diameter head tube; there’s a different fork since it doesn’t need to offer the same level of tyre clearance, and there’s a more conventional driveside chainstay design.