What sort of brakes does Alberto Condator have on his bike when he has the choice?
by David Arthur @davearthur

Think most pros are against disc brakes? Think again: Alberto Contador rides a disc-equipped Specialized Tarmac during off-season training, rather than his regular rim-braked race bike. Here it is. 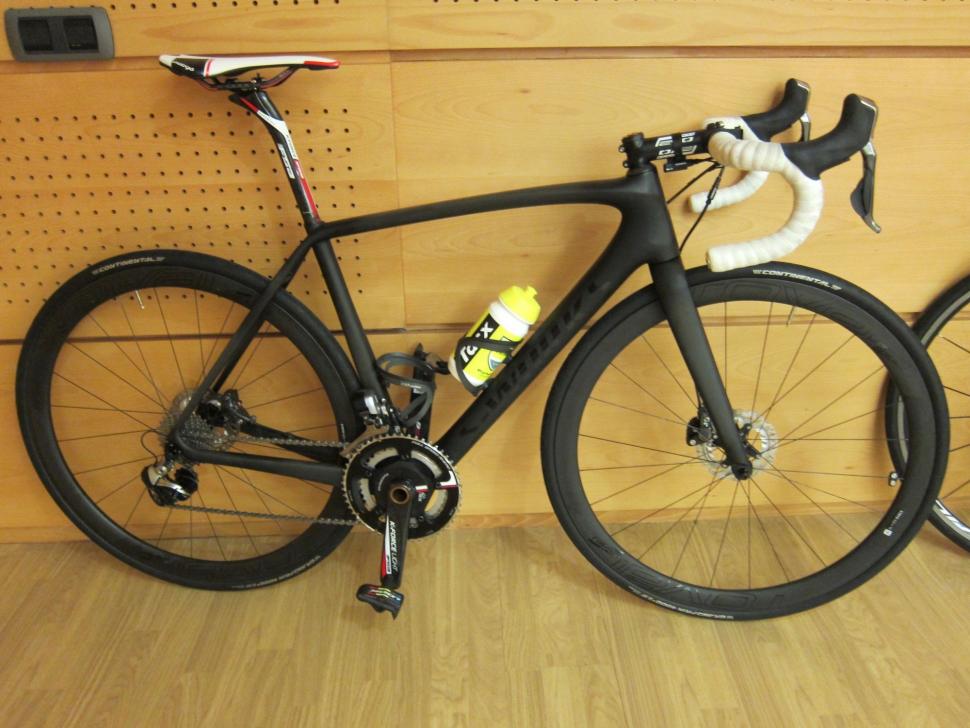 How do I know? I spent a weekend riding with him and his U23 development team, plus winners from a competition run by the sponsor of that team, Polartec, a couple of weeks ago. There was no Tinkoff or Specialized presence, Contador flew to Gran Canaria with his own bike, and it was interesting to see that he decided to bring a disc-equipped bike. To an island where it rarely rains.

Now, Contador could have brought any bike with him, and most people would have expected him to bring his regular Tarmac race bike in team colours with rim brakes. But he didn’t. Of course, out of the season, he can ride whatever he wants, but there was certainly no sponsorship pressure evident to suggest he was being forced to ride the disc version of the Tarmac. It’s a good choice. I should know, I reviewed the exact same £8,000 S-Works Tarmac Disc in stealth black two years ago. His had the same Dura-Ace Di2 groupset with hydraulic disc brakes and Roval wheels, a sub-brand of Specialized. The only change is the fitting of some 25mm wide Continental tyres instead of the stock Specialized tyres.

Unfortunately, I didn’t get the opportunity to question him about his preference for disc brakes, both because I couldn’t keep up with him on the climbs and because he was whisked away to more important events after each ride. He's a man in demand, there were a lot of selfies taken with locals and other cyclists. The discs certainly didn't appear to be slowing him up much: he set the fastest times on all the big climbs we rode up. Which he would have done on any bike, even a Chopper, probably. He's really very quick. 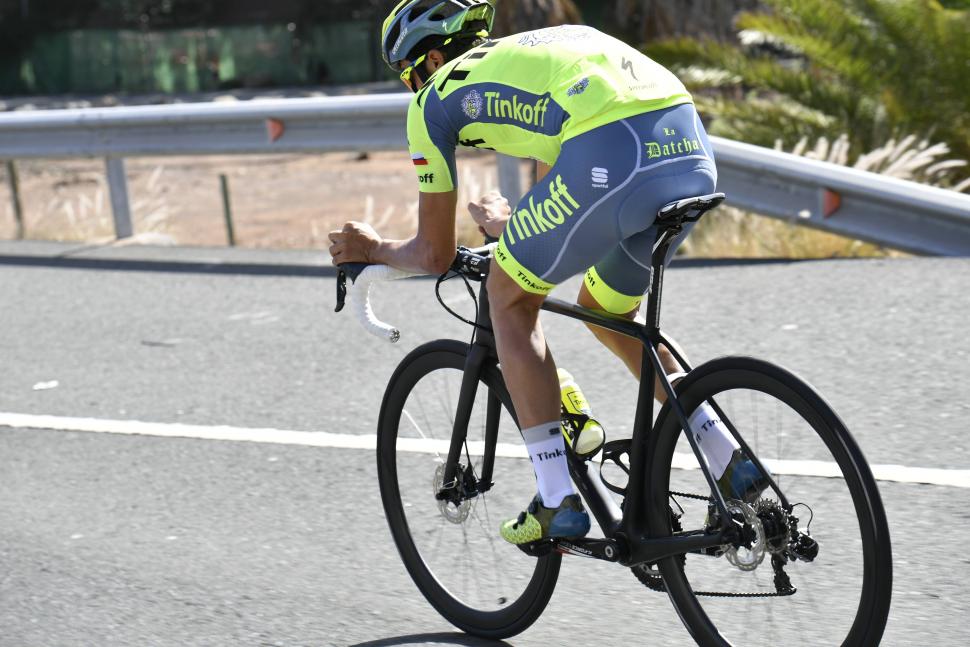 Contador is switching to Trek-Segafredo next year on a two-year contract, so this is the last time we'll see him on a Specialized. Is it also the last time we'll see him on a road bike with disc brakes? Quite possibly. Trek doesn’t produce a disc brake version of the Madone or Emondo currently, though we wouldn't be surprised if they've got something up their sleeve for 2017. There's also the tricky rollout of disc brakes by the UCI with the stop-start trial that has been taking place for the past season and a half, which has seen some curious injuries and other obstacles to overcome.