Zipp’s new 202 NSW Carbon Clinchers have just arrived at road.cc for review, so let’s take a quick look before they get fitted to a bike.

NSW stands for Nest Speed Weaponry. That needs an explanation. The Nest is Zipp’s advanced development lab, where engineers work on the brand’s leading technology. Essentially, NSW products are designed to be Zipp’s best; the premium lineup. 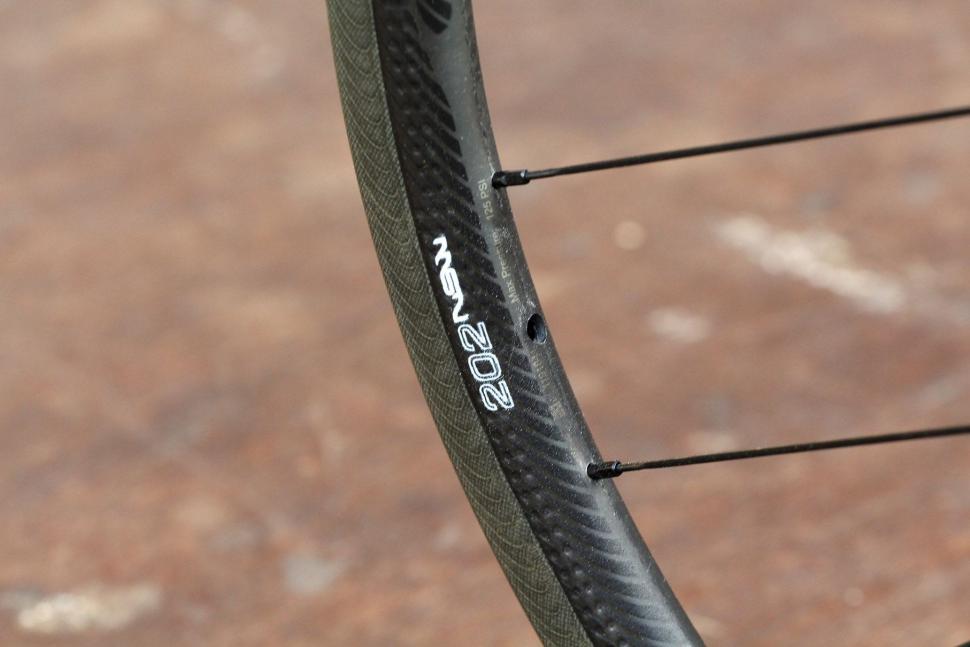 Zipp introduced the 808 NSW wheelset last year, followed that up with the 404 NSW and the 303 NSW earlier this year, and now the 202 gets the NSW treatment for the first time.

The 202 is the shallowest section carbon clincher in Zipp’s range with rims that are 32mm deep (the maximum width is 25.4mm). Zipp says it has refined the carbon-fibre layup of the existing 202 Firecrest to drop weight. Our 202 NSW wheels hit the scales at just 621g (front) and 789g (rear), a combined weight of 1,410g (including rim tape, compared with Zipp’s claimed weight of 1,375g and a claimed weight for the 202 Firecrest carbon clincher of 1,450g). The two quick release skewers add 70g.

Check out our complete guide to Zipp wheels here.

“Our new Sawtooth dimple design consists of 12 nodes that are specifically clocked to start aerodynamic shearing at a rate of 50hz at a rider speed of 20mph,” according to Zipp.

“Sawtooth accomplishes this by inducing small sheet vortices that shed at a low magnitude, but at a higher natural frequency, thus decreasing the laminar bubble effect on the aerodynamically shielded side of the rim’s profile to further reduce high yaw drag and improve crosswind stability.”

The wheels feature what Zipp calls its ImPress graphics. This means the graphics are printed directly on the wheel rather than via stickers, the idea being that the dimples aren’t covered so they are free to do their job. 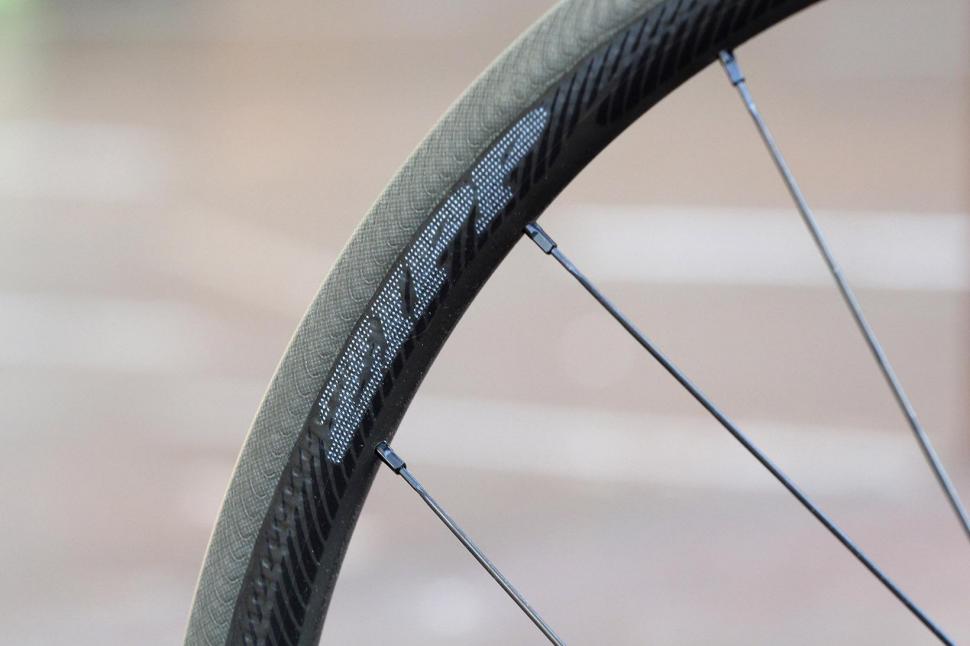 Unlike the 202 Firecrest, the 202 NSW features Zipp’s Showstopper brake track.

“Showstopper is a complimenting pairing of a directional, moulded-in, texture with silicon carbide particles suspended in the surface resin.”

The idea is to improve the braking performance, especially in wet conditions, when used with the Zipp Tangente Platinum Pro Evo brake pads that come as part of the package. 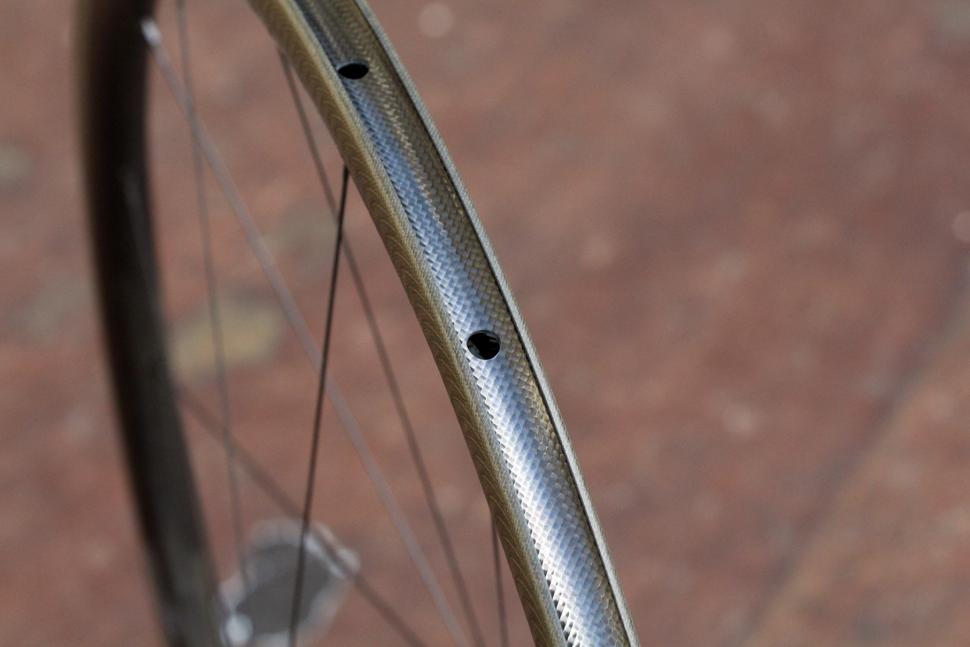 Zipp reckons that you get equal brake force to ‘industry leading aluminium rims’ in the wet. We look forward to testing that out because wet weather braking on some carbon rims can be, um, disappointing... and that’s putting it kindly.

“Every time a conventional hubset starts to coast, friction within the freehub ratchet mechanism works like a drum brake to slow the rider down,” says Zipp. 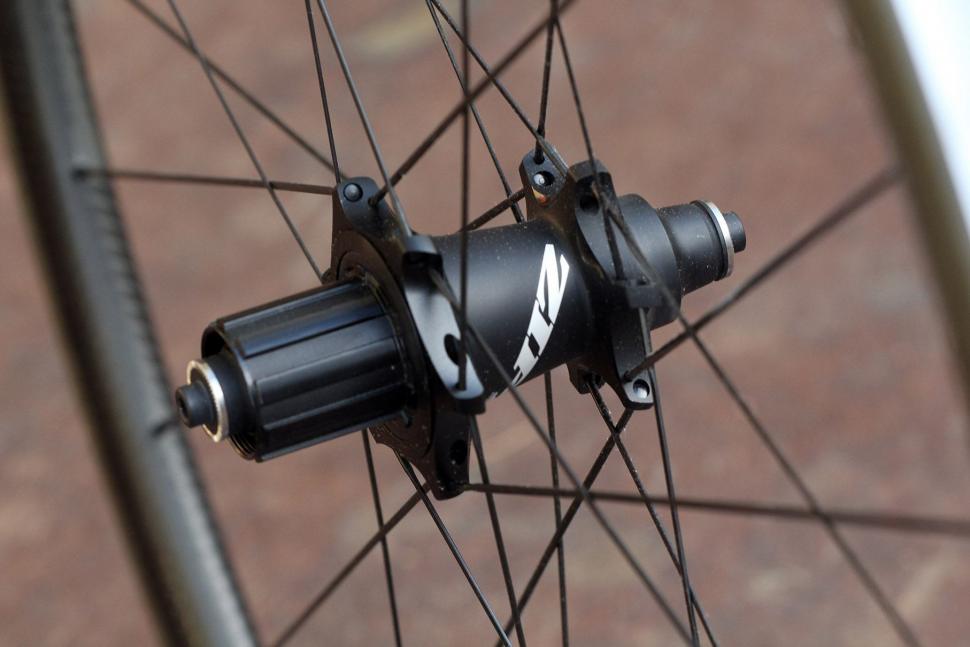 “With the Cognition hubset’s Axial Clutch technology, we’ve reduced this drag by disengaging the ratchet mechanism when coasting.”

How? Zipp uses magnets rather than springs inside the Axial Clutch mechanism to move and engage the ratchet rings. 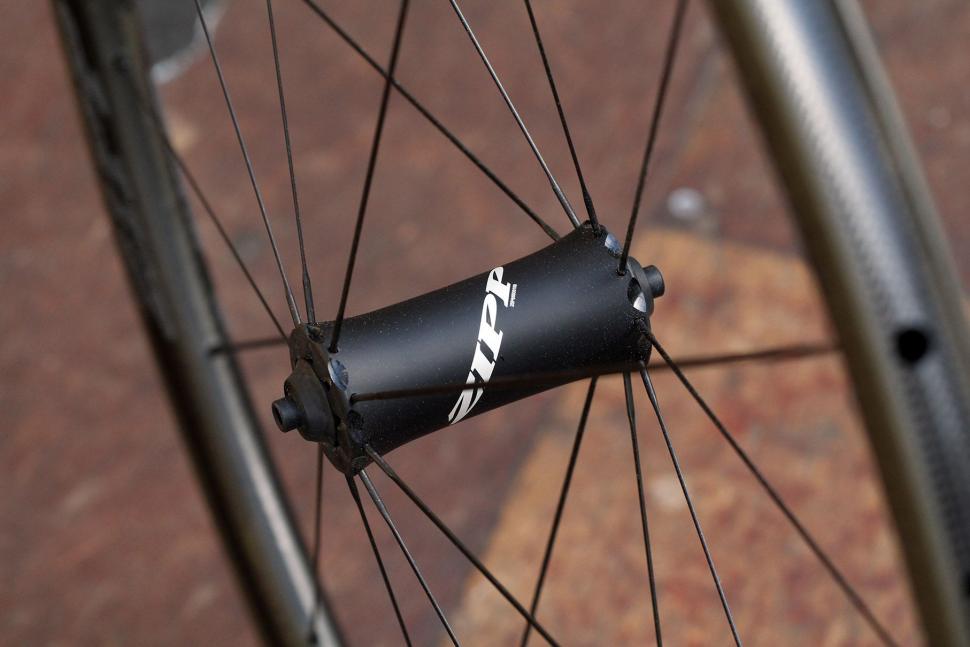 So, that’s essentially a rundown of the story from Zipp, now it’s time to get the 202 NSW wheels out on the road.

If you want more details before our review is sorted, head over to www.zipp.com.