Sportful has really rolled up its sleeves for 2017 and produced an impressive range of clothing utilising brand new fabrics and technologies, making the most of its sponsorship of Tinkoff and Peter Sagan to develop its top-end advanced clothing. There’s a new Cima super lightweight jersey and bib shorts plus a brand new Stelvio waterproof jacket developed by the pros for the pros (and us everyday cyclists), and there’s also a new range of apparel aimed at the gravel market, but looks just the ticket for cyclists that want understated style when they're riding, whether it's on gravel or not. Let’s take a closer look The new Stelvio jacket has been three years in development

Sportful can’t be accused of rushing its new Stelvio jacket to market - it’s been three years in development with the Tinkoff team fully involved in its development. It replaces the old Survival jacket and uses the company’s own fabric, developed with a Japanese company, that is claimed to be absolutely waterproof and highly breathable. To put some numbers on those claims, it has a 20,000mm waterproof and 50,000 g/m2/24hr breathability rating. It's a very thin and light fabric between the fingers, with just a little stretch, and the bulk has significantly been reduced compared to the old Survival jacket, which used a Gore fabric.

The Stelvio jacket is lightweight (claimed 165g) with a race fit and is free of unnecessary features that would add weight. As such, it is very packable. Cuff design varies hugely on jackets: some good, many bad. Sportful has developed a very neat solution that both provides both a small enclosure to prevent wind and rain sneaking up the sleeves, but can expand so the jacket can be pulled on and off easily even when wearing gloves. It’s not going to be cheap, this jacket, you’re looking at about £240, and it won’t be available until next spring. It’ll come in grey or bright yellow. 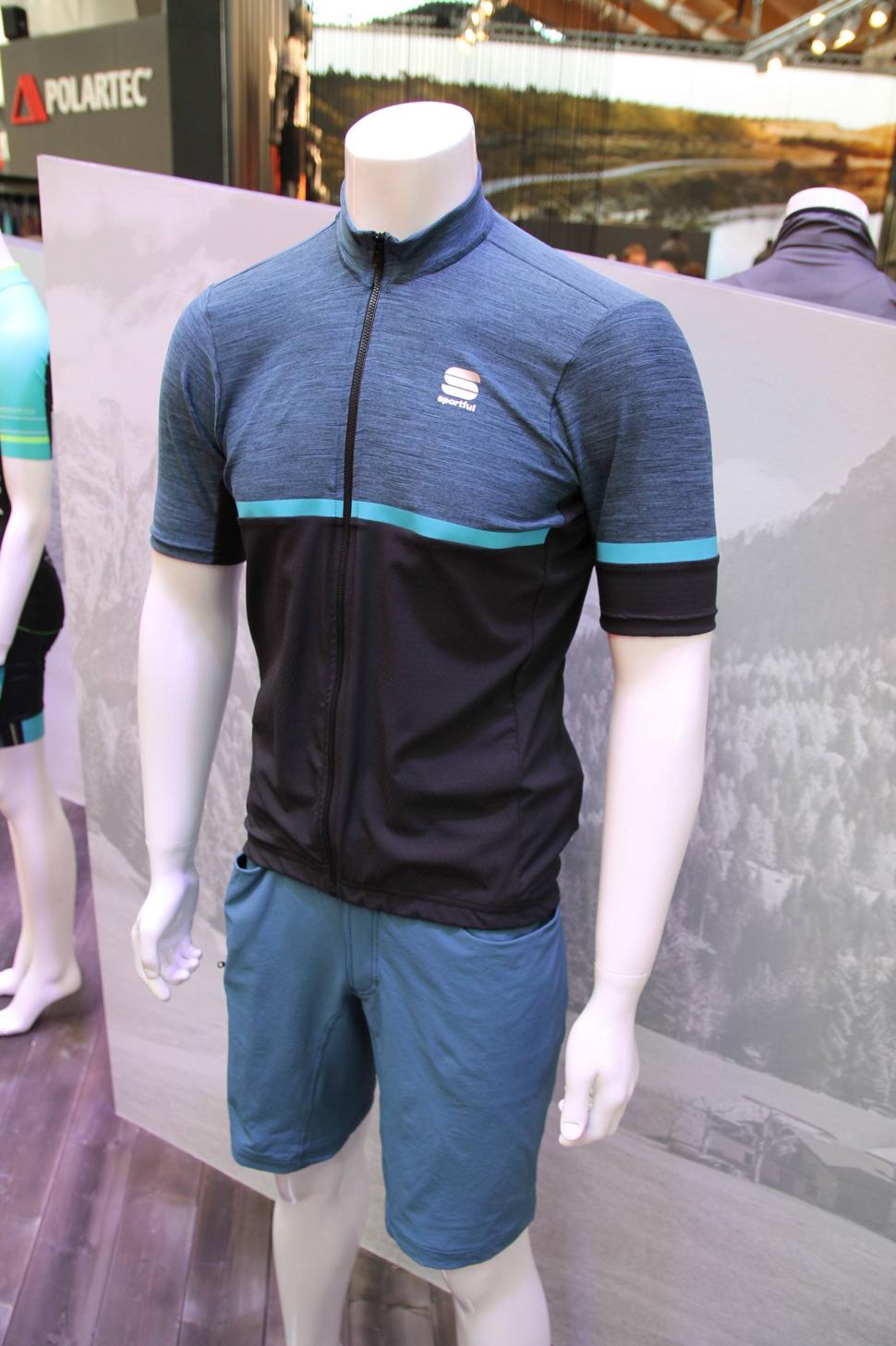 Understated and stylish clothing fit for any purpose, the new Giara range

It’s fair to say Sportful is best known for its high-performance clothing, and it makes good use of its sponsorship of the Tinkoff pro team to develop its racier clothing. With adventure bikes and bikepacking big news at the moment, Sportful has launched a new range of clothing called Giara (Italian for gravel) that is designed to be more approachable, both in terms of the colours and appearance, and which is more lifestyle than Sportful’s racier offerings. 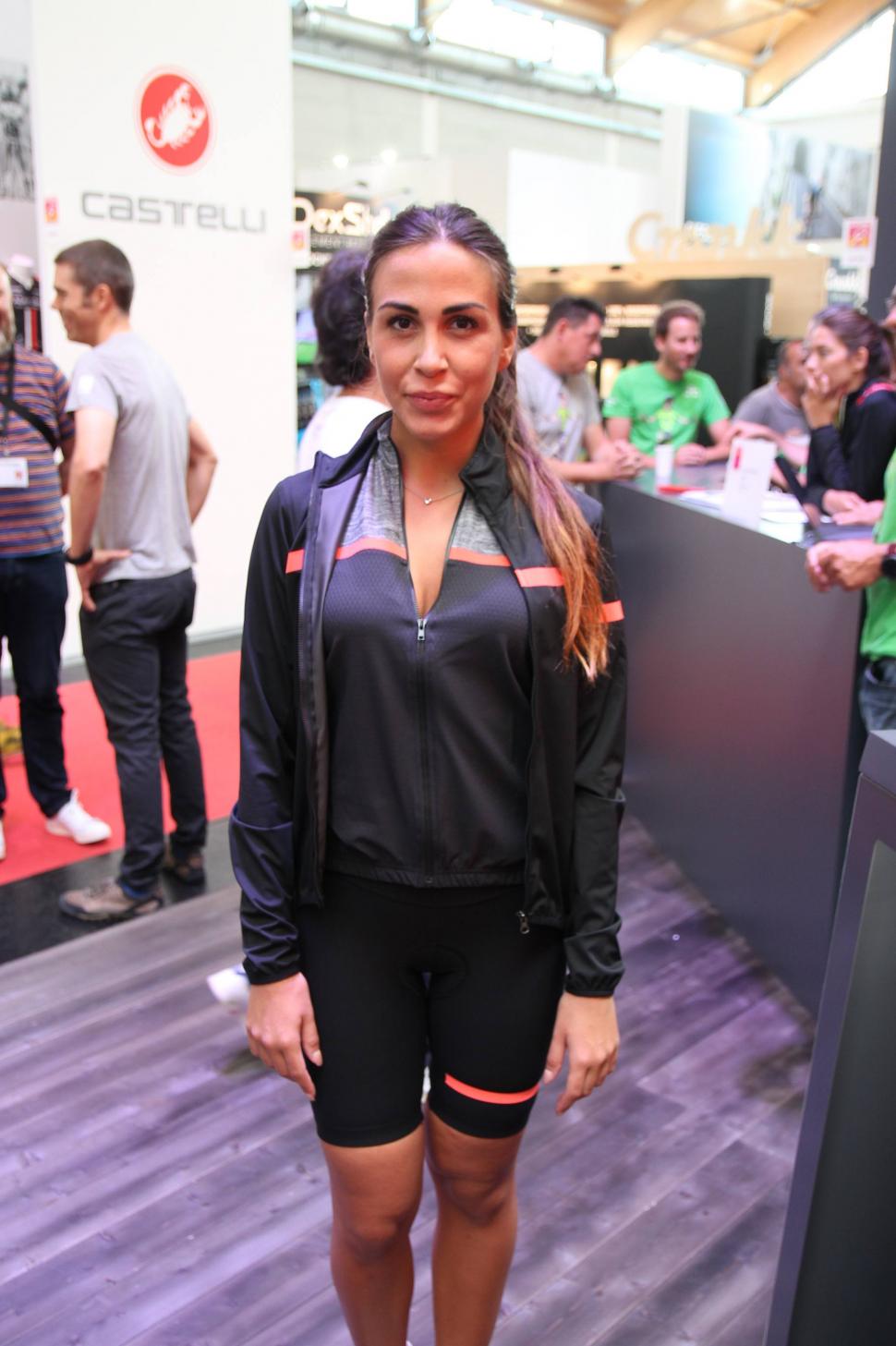 The range will comprise a jersey and bib shorts, using the familiar BodyFit Pro Pad. There are also these really smart over shorts, which use a four-way stretch DWR fabric. Rounding out the range is a jacket and accessories including caps, gloves and socks. While you might scoff at Sportful jumping on the gravel bandwagon, we can really see this clothing be popular with a wide range of cyclists who want performance but without looking like a racing cyclist,  so commuters, mountain bikers, touring and Audax cyclists, cyclocross and, of course, adventure and bikepacking types, will probably find this range of some interest. The all-new R&D Cima outfit, comprising a jersey and  bib shorts designed to keep you cool when it's hot

Back to what Sportful is known for, performance clothing and its R&D range is where you find the Italian company’s very latest technology and design ideas. It has developed the all-new Cima jersey, an ultra lightweight number that uses a stretch woven fabric with a minimal number of seams to hold the various panels together. It’s worked on making the fabric as thing as possible but without being transparent, which is a worrying trend in the professional peloton on the hotter stages of the Grand Tours. The low neckline increases air flow around the neck and the sleeves are raw cut with small sections of silicone tape bonded on the inside to keep them in place. The matching R&D Cima bib shorts have been put to use already by the Tinkoff team - Peter Sagan has been wearing them, so the eagle-eyed amongst you might have spotted them. And easy to spot, too, with the see-through mesh side panels, they certainly stand out. But the really interesting feature is around the back, where a two layer rear panel, comprising a perforated lightweight outer fabric and a mesh inner layer, above the padded insert, that is designed to pull moisture away from the skin. While the shorts are obviously intended for riding in hot weather, Sportful was keen to stress that the fast-drying attributes make them ideal for high-intensity rides in cooler weather. 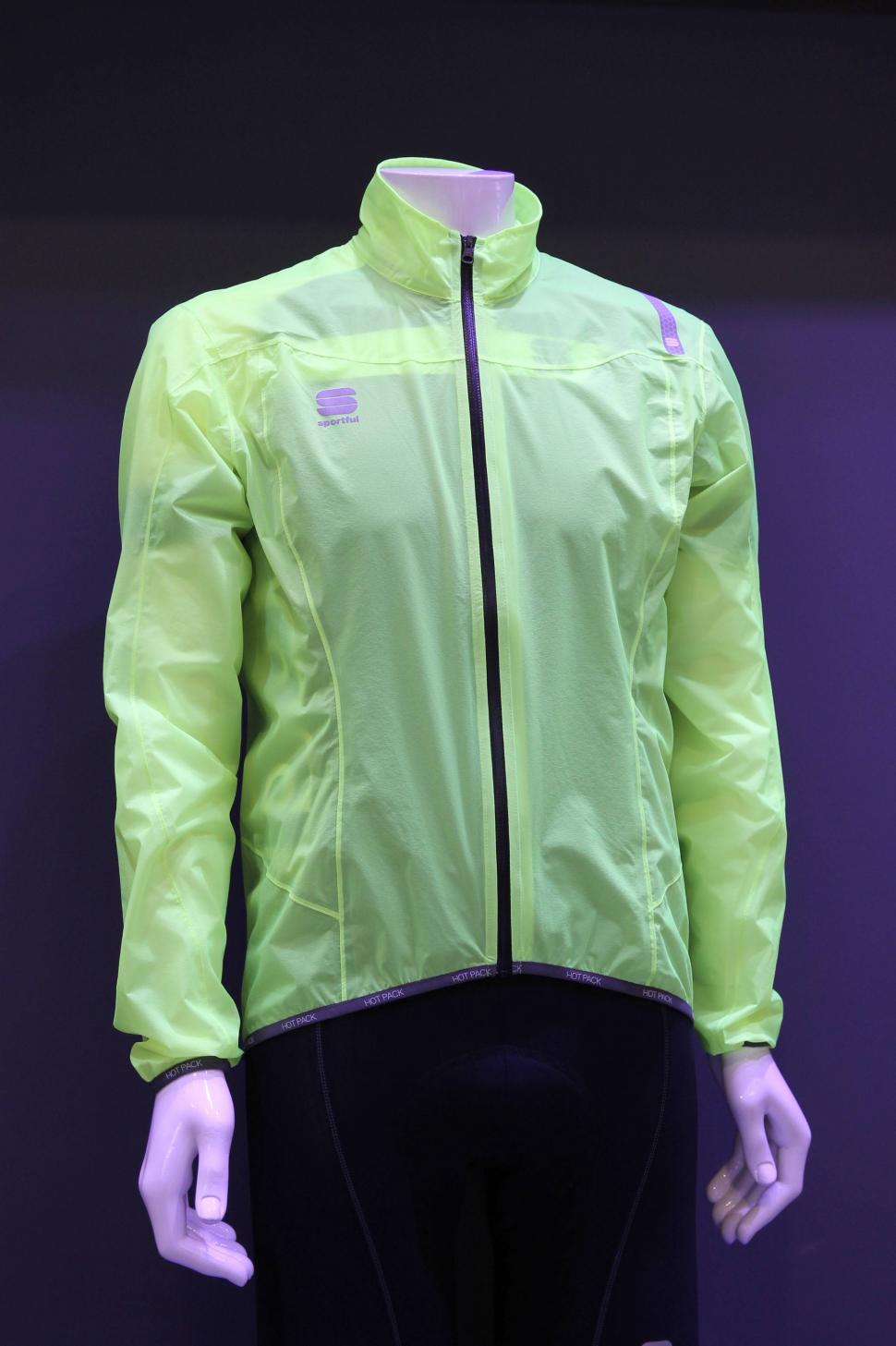 Here’s the new Hot Pack NoRain Ultralight jacket, which is fully seam sealed to ramp up the protection it offers, which enables it to offer rain protection in a fully breathable and ultra packable jacket that is lighter than most conventional emergency windproof jackets. Weight is a claimed 105g, which is not much at all. 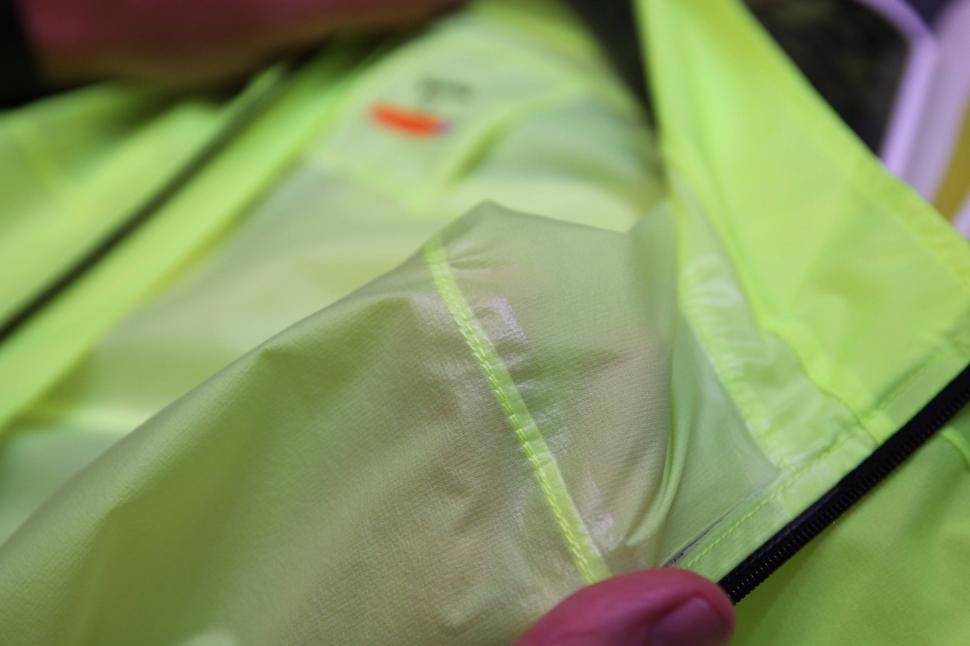 This clothing forms Sportful's 2017 range so won't be appearing in the shops until early next year. While you'll have to wait to get your hands on this new clobber, we've got a first look at Sportful's new 2016 autumn/winter collection which is available to buy now.