Where Vulpine has been successful is in its appeal to cyclists that want technical performance clothing that works on the bike, but looks good off it, an approach it now calls ‘Ride & Arrive in Style’. “We’re completely committed to urban apparel, not as a fashionable fad, but long-term, and I think it’s this passion for quality and specificity of design that customers can see is so authentic and true,” asserts Vulpine bigwig Nick Hussey.

This Indian Summer range is just the first of four new collections it has developed, with a staggered launch for the Rainy City, Nightfall and Luxury Winter ranges it has worked on. Some of these garments are existing products that have been updated for this new collection, with upgraded Merino that is claimed to be tougher and more comfortable.

There’s also the launch of a new Made in Britain range, which kicks off with the British Waxed Harrington Jacket made in Blackburn, with more products in the pipeline. "As part of our Indian Summer collection, we’re also launching the first of our promised Made in Britain range,” adds Nick Hussey. “The first garments are  based on our (much imitated) best-selling garment, the Harrington Rain Jacket. Made in Blackburn, the British Waxed Harrington Jacket is tartan lined, as traditional mod-style Harringtons once were, and the outer fabric is a washable waxed cotton from legends British Millerain.” The British Waxed Harrington Jacket (£350) is based on its Harrington jacket and is made by British Millerain, a manufacturer of waxed cotton since 1880. It’s a breathable jacket with a washable waxed cotton outer and is lined with a tartan fabric.

There’s also the British Harrington Jacket (£295) which is a lighter weight version of the waxed jacket and uses a windproof British Millerain fabric with traditional metal zips.

The Long Sleeve Extrafine Merino T-Shirt (£75) is a simply designed merino top ideal for cycling and a lot more besides, with the company suggesting not to save it just for cycling. 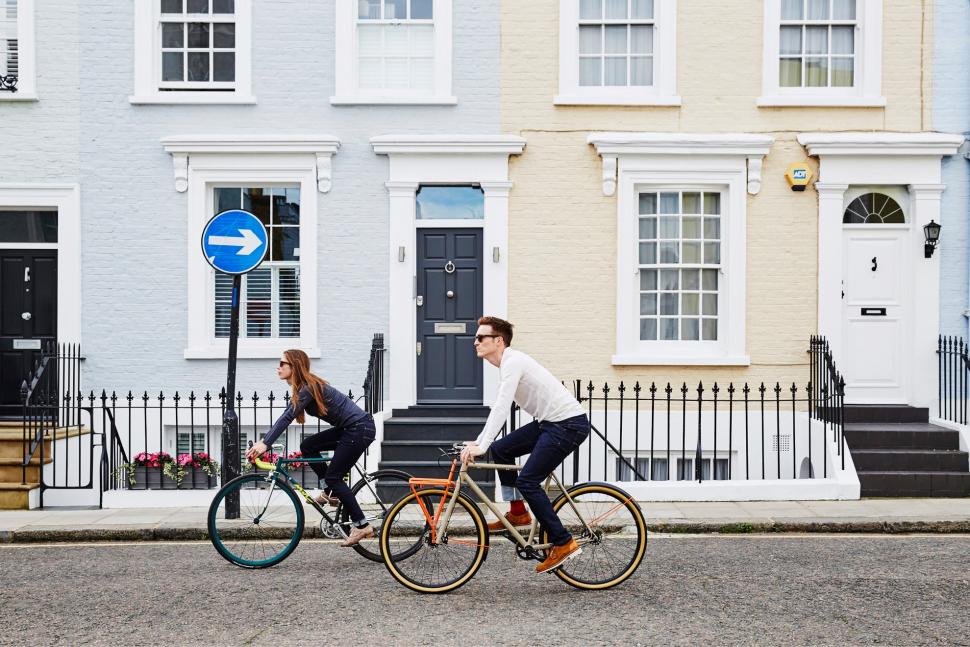 The Long Sleeve Extrafine Merino Alpine Jersey (£120) is a top road.cc has reviewed in the past, but it’s been updated with superior merino wool and is claimed to be tougher and more durable. It’s a good top for cycling when you need to make use of the three rear pockets and the front full-length zip.

The Urban Cycling Jeans (£120), to give them their full name, have a slim cut with a high stretch fabric and a Diamond Gusset that ensures you don’t sit on any seams when on the saddle. There’s 3M heat transfer that is revealed when you turn up the legs. They've been made after years of research, according to Vulpine. “We’ve launched our first stretch jean for men and women, after years of research. We have one of the few women’s cycling jeans and certainly, I think, the best in the world. Comfort and fit are key, combined with natural indigo dyeing for a darker, classier look. Both men’s and women’s are slim cut, with our diamond gusset, so you don’t have to sit on seams. Our jeans offer great durability, with the same performance as the day they were delivered, years, and many washes, later,” says Nick Hussey. And there are new socks, the Dash Socks (£15). They’re made in Italy from merino wool with an extra soft footbed and intended for mild to cold weather cycling.

Check out the full range at http://www.vulpine.cc