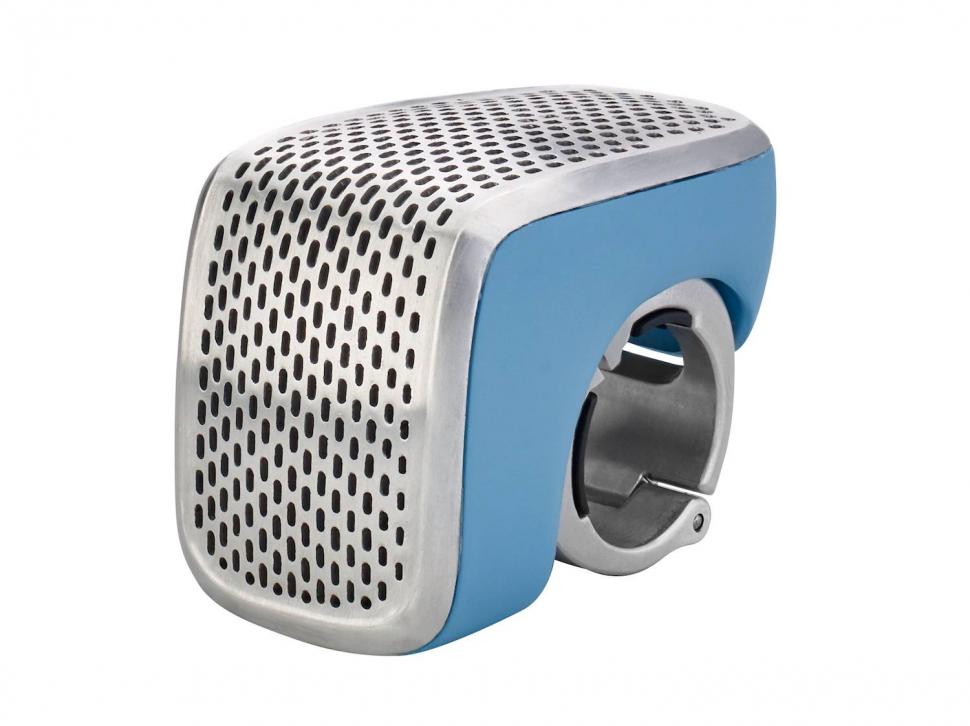 It's a customisable bell, front light and navigation aid all rolled into one
by David Arthur @davearthur

Shoka Bell aims to have reinvented the humble bicycle bell, with a device that offers a multitude of customisable sounds, as well as providing a front light, navigation and anti-theft warning, all rolled into a light and compact package.

Instead of just one bell ring (how boring), the Shoka Bell has eight different ringtones that you can use in different situations based on the hazard. The company says it’s twice as loud as standard bicycle bells, hitting a claimed 105dB, as loud as a lawn motor or a jet taking off at 305 metres according to the internet. So quite loud then.

“Honk for a car, politely ding for pedestrians or even record your own message. Shoka automatically adjusts to ambient noise so you can always be heard. Create custom ringtones and download even more sounds free through the app,” says the company.

But that’s not all. It’s also a front light, navigation and anti-theft device. It comprises eight front-facing LEDs that are designed primarily to be seen by, rather than to see where you’re going.

You can navigate with the Shoka Bell too, by connecting it to the smartphone app and downloading a route. A series of LED lights on top of the unit indicate upcoming turns to keep you on the right track. 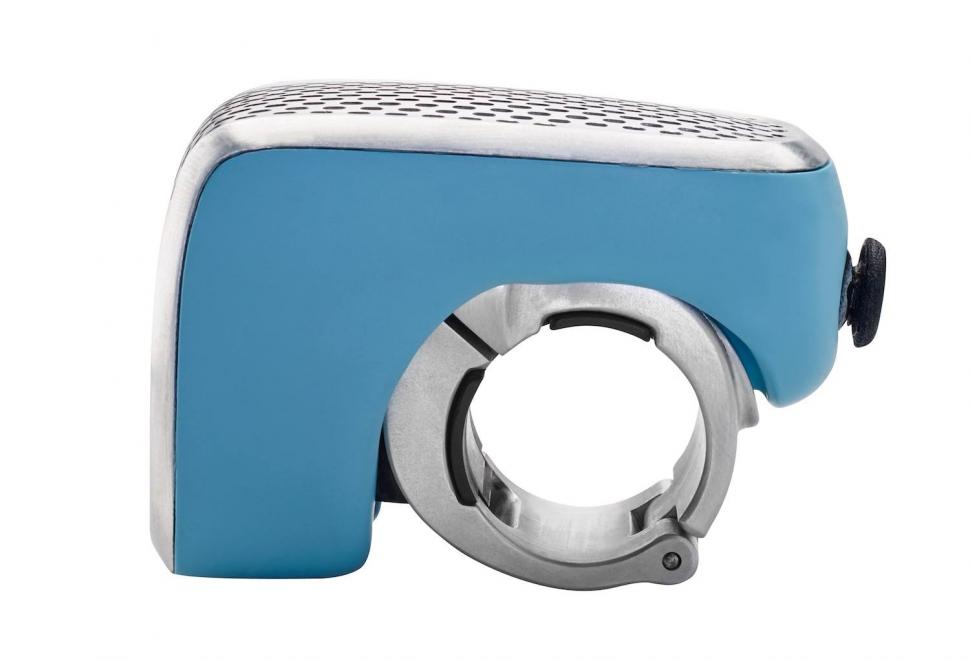 Lastly, it also acts as a security alarm. Remove the Shoka Bell from the handlebar mount and it will alert you if someone moves your bike, provided you’re within a 250m of it.

No buttons are used to operate the Shoka Bell.  Instead it houses sensors that wake up the bell when you start riding, and it automatically shuts down after a ride. This helps extend the battery life which is a claimed 200 hours. It fits the handlebars with a two-piece clamp mechanism.

It’s charged via a micro USB adapter and uses Bluetooth to communicate with a compatible smartphone. It weighs 110g and measures 80x55x41mm.

The Shoka Bell is currently on Kickstarter and it has romped past its $75,000 goal with $82,500 funding with 27 days to go. To get your hands on one you’ll need to fork out $99 with shipping available to anywhere in the world. It’s available in six colours - blue, yellow, green, black red and purple, and is fully weatherproof.

Check it out at Kickstarter now

- The Knog Oi bicycle bell we’re all going to want