Fabian Cancellara’s last ever Paris-Roubaix race might not have ended in the style he would have preferred, but he is leaving a lasting legacy in the shape of the new Trek Domane SLR, which he helped develop and was launched following the Tour of Flanders race last weekend. The Domane SLR that Cancellara rolled out of Compiegne aboard is essentially the exact same bike he used for Tour of Flanders, the main change being a switch from 25 to 27mm FMB tubular tyres and a change of gear ratios for the flatter course. The cobbles of the Paris-Roubaix course are far more brutal than the Flanders route, and wider tyres are the most common change from Flanders the weekend before. Most riders appeared to be on 27, 28 or 30mm tyres. The entire Trek Segafredo team rolled on Bontrager Aeolus 5 wheels, all with the same 27mm tubular tyres. The new Domane SLR features a new adjustable rear IsoSpeed decoupler - you can read more about it in our first look here. While most of the team appeared to have the slider set to the lowest, maximum deflection setting, Cancellara opted for the middle setting. This roughly equates with the compliance offered by the older Domane. 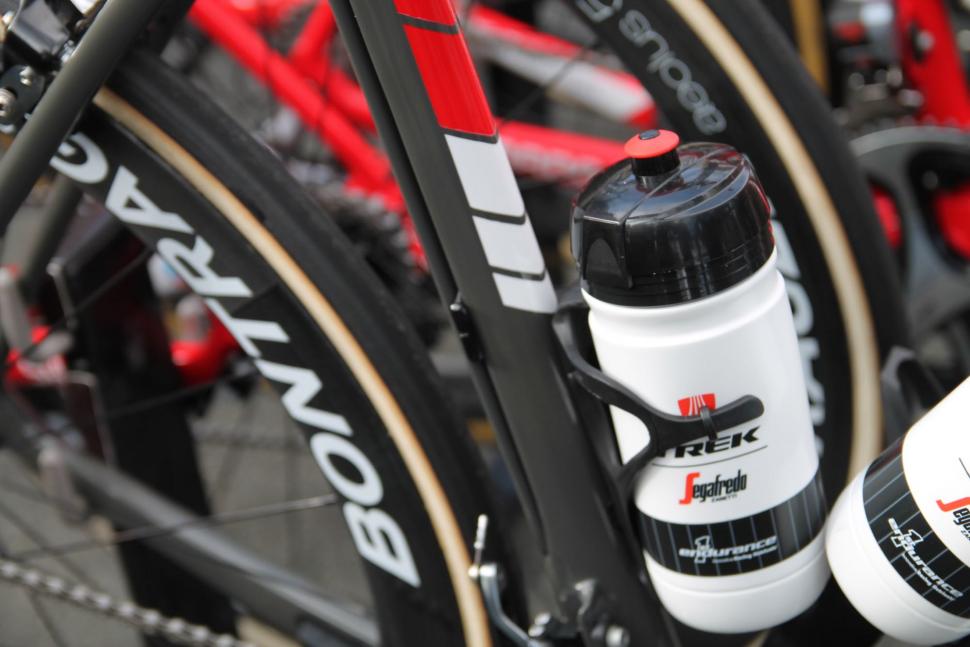 Fabian has long preferred Shimano’s mechanical Dura-Ace over the Di2 that most of the peloton, and his teammates use. We assume it’s down to his preference for the ergonomics of the mechanical shifters. Where we saw smaller inner chainrings at the Tour of Flanders (36 and 38t being popular) it’s a different story for Roubaix. Bigger 44t inner chainrings were very common, and combined with regular 53t outer chainrings. You might think the racers would stick it in the big ring the whole time, but we saw many racers using the smaller chainring on the latter pave sections of the race. Fabian is a big chap and he likes a wide handlebar, in this case, it’s a 44cm aluminium Bontrager handlebar. He likes a long reach, too, with a 140mm Bontrager carbon stem with one spacer above and below. The Domane SLR that Cancellara rides also has the Pro Endurance Geometry, which means a shorter head tube than standard Domane bikes, along with a longer wheelbase. 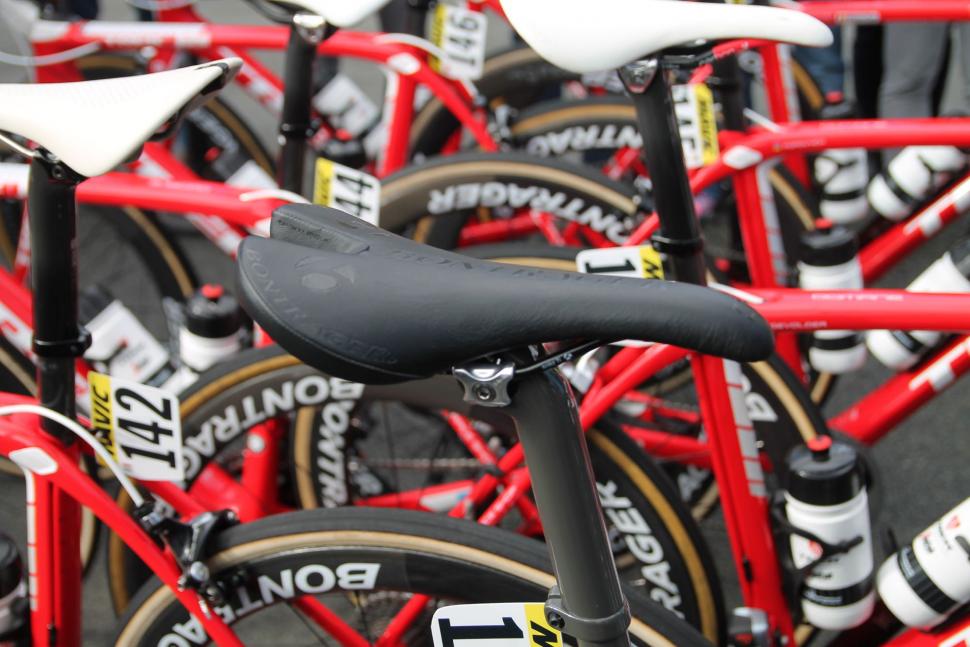 Seated comfort is import for a rough on cobbles. Cancellara saddle preference is the Bontrager Team Issue, which we reviewed a couple of years ago. It’s a classic shape, with generous padding and a wide shape. 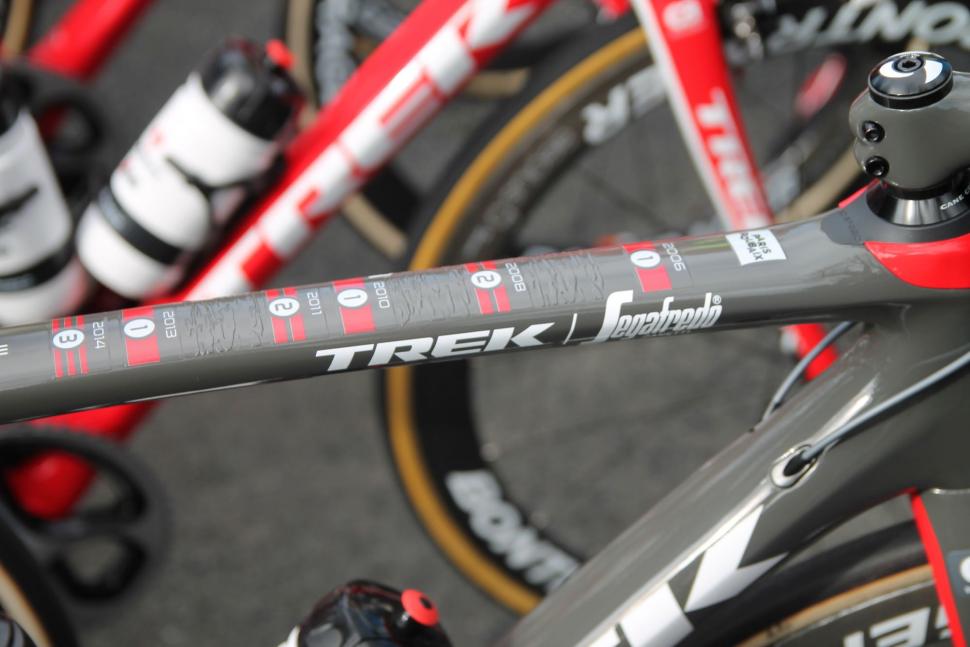 Cancellara’s bike is easy to spot when lined up with the other team bikes, on account of the special paint job. He has enjoyed a custom painted bike for the past few seasons, in fact, most of the time he has ridden a Trek it has had a custom paint job. This year the main feature is a top tube decorated with his numerous results in Hell of the North and a textured finish, representing cobbles, underneath the pain. Sadly the Swiss rider didn't come close to getting the result that he, and many fans, would have liked to see. Here his is riding along the Mons-en-Pevele cobbled section following a crash that has left him quite muddy.