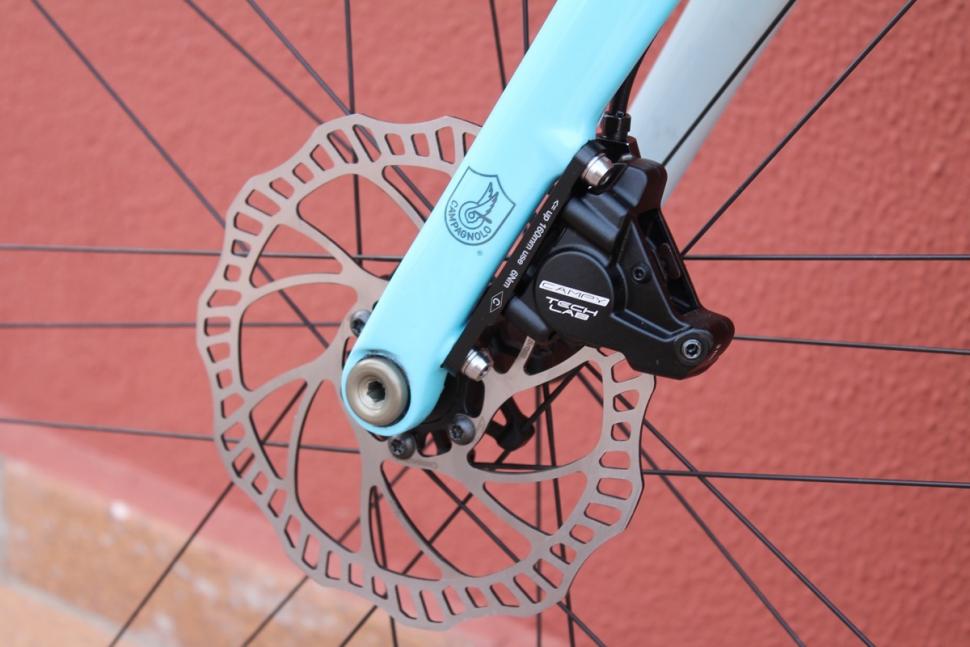 Campagnolo has revealed several prototype disc brake designs that will be trialled by professional riders over coming weeks and months, although no timescale has been decided for when any of them will be available to buy. We know that all of the designs are hydraulic but Campag has been unwilling to disclose many more details. The prototype brakes will be used by Campagnolo-sponsored teams Astana, Lotto Soudal and Movistar in this year’s Classics. Teams already have the disc brakes for training. 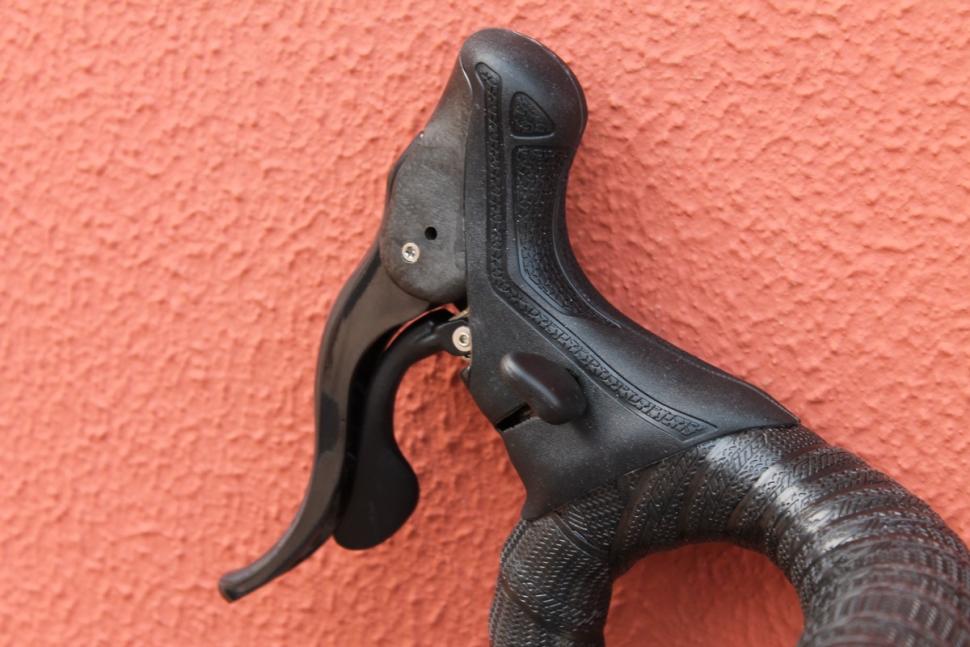 “We have several solutions that we are evaluating at this moment, that have been tested heavily in the lab and on the road,” said Joshua Riddle, Campagnolo’s Press Manager. 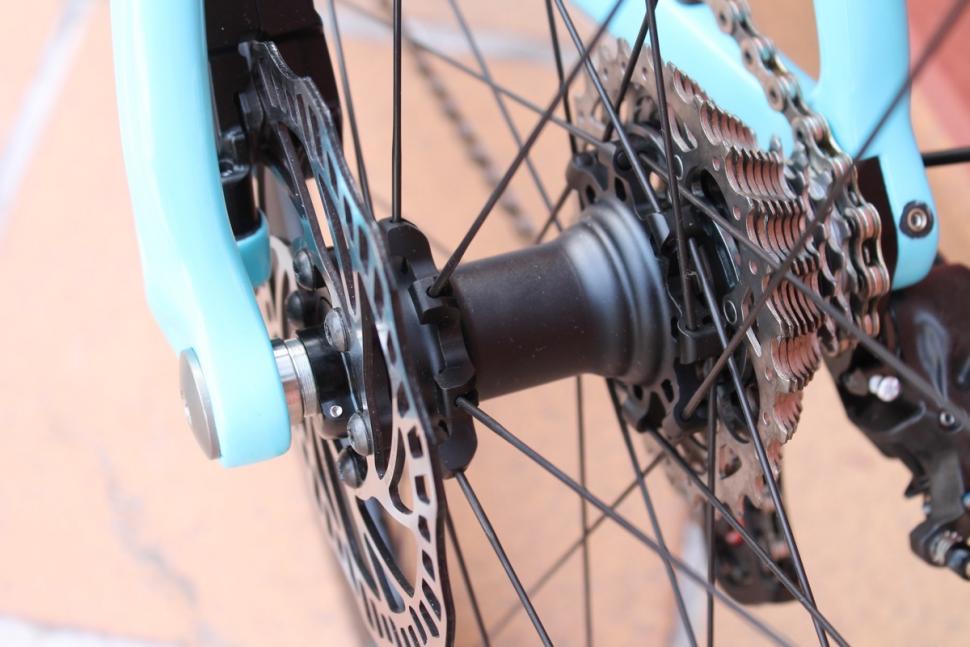 “When these solutions are deemed safe we give them to pro riders within the pro peloton and evaluate which one is going to give the performance advantage that we need to win races.” 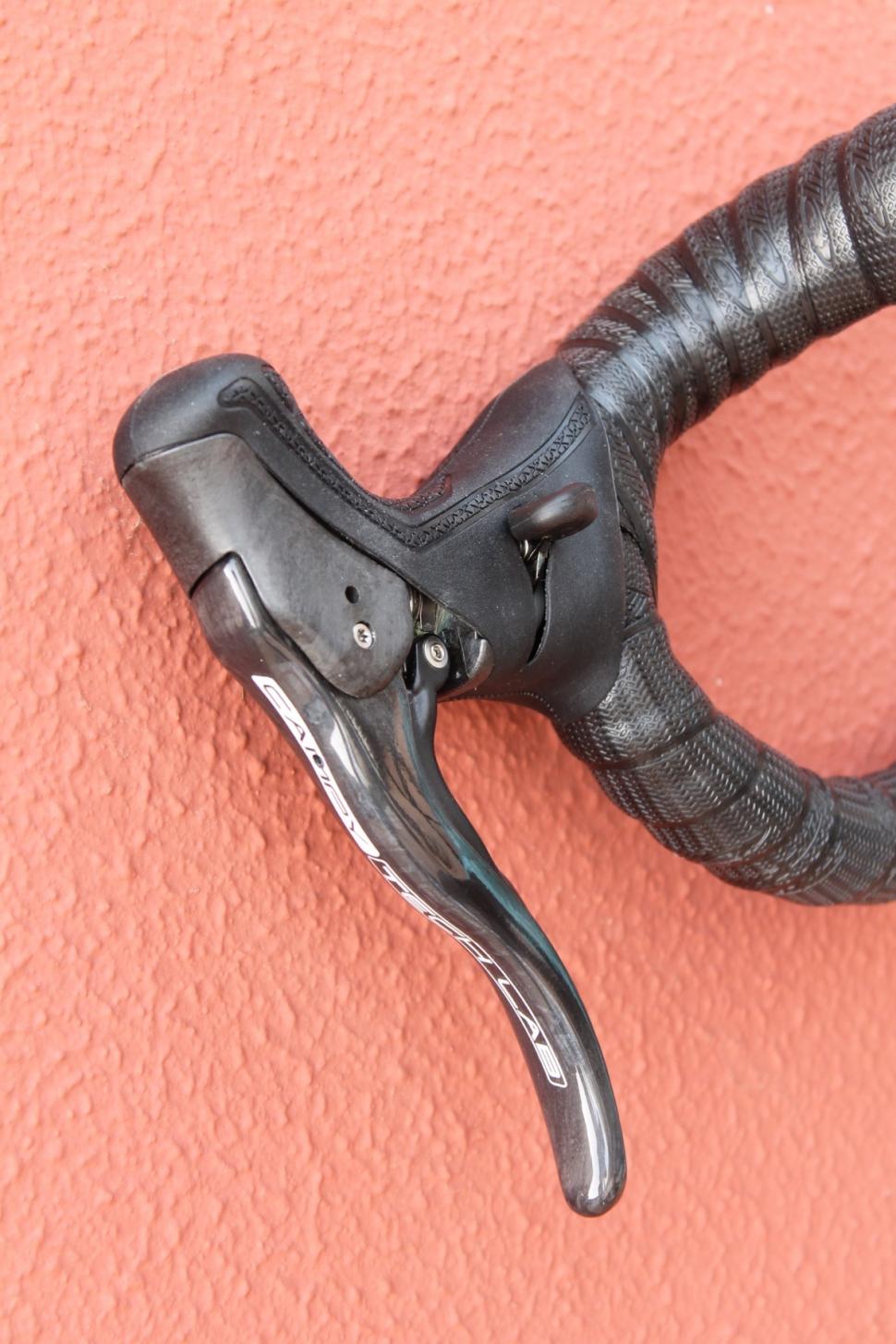 Campagnolo showed us the new disc brakes when they flew us out to a launch of several new products, including the Potenza groupset, in Gran Canaria a couple of weeks ago. We saw three bikes set up with different systems: a Lotto Soudal Ridley, a Specialized S-Works Tarmac Disc, and one of Campagnolo’s own bikes. We didn’t get to try out the disc brakes for ourselves. Campagnolo didn’t want us to use unfinished products.

Campag is at pains to point out that it’s not going to rush any product to market – as if that’s not obvious! Both Shimano and SRAM have had road disc brakes on the market for some time now, although SRAM’s earliest versions were subject to a costly and embarrassing recall. 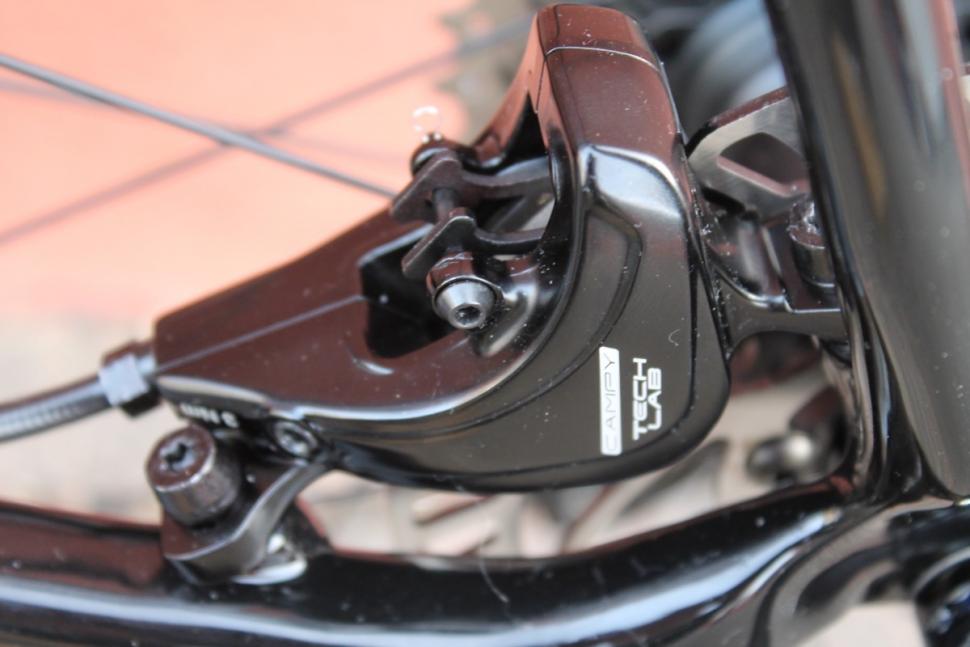 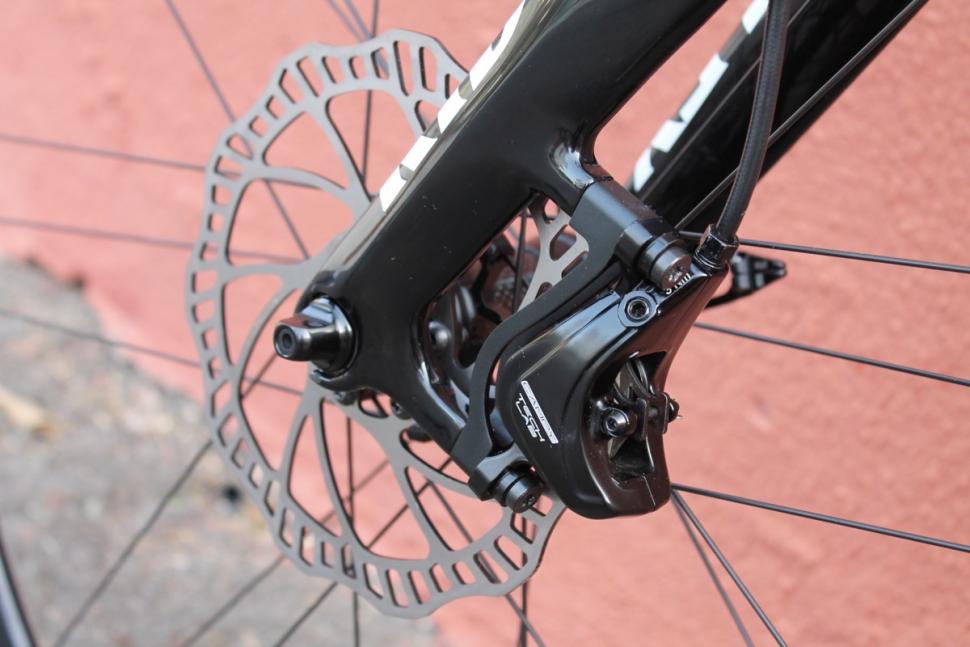 “We are not at all in a hurry. This is our approach, as it was for the electronic drivetrain. We accepted that we would not be the first to launch. 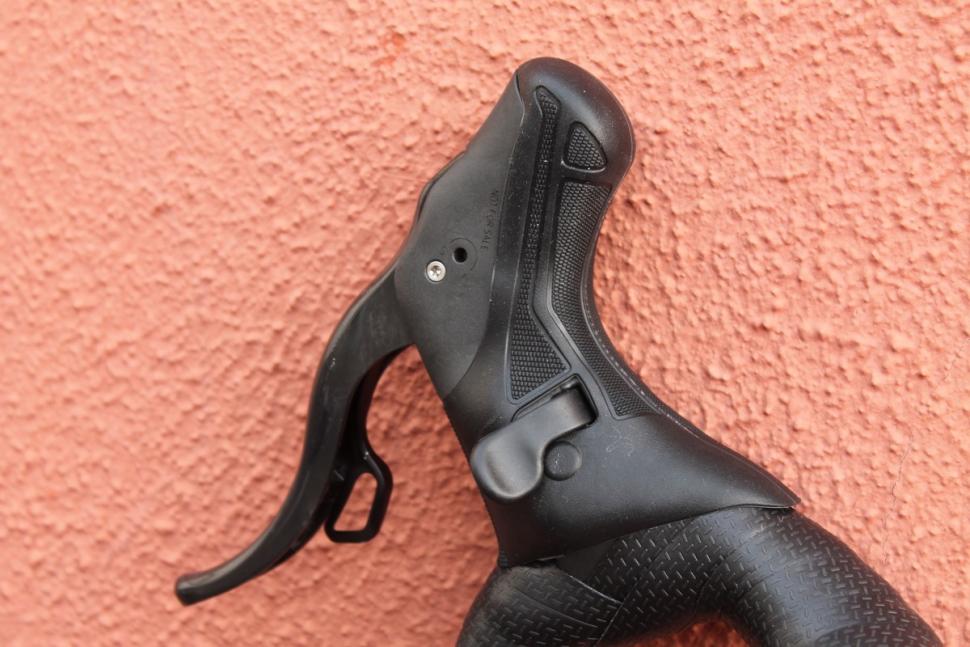 “It’s the same concept for disc brakes. By definition, a brake is a safety product. It’s not a matter for us to rush to be the first, it’s a matter of performance and reliability over time.

“Whenever we are not the first to launch a product, we take the opportunity to check what our competitors are doing and we try to launch something better.” 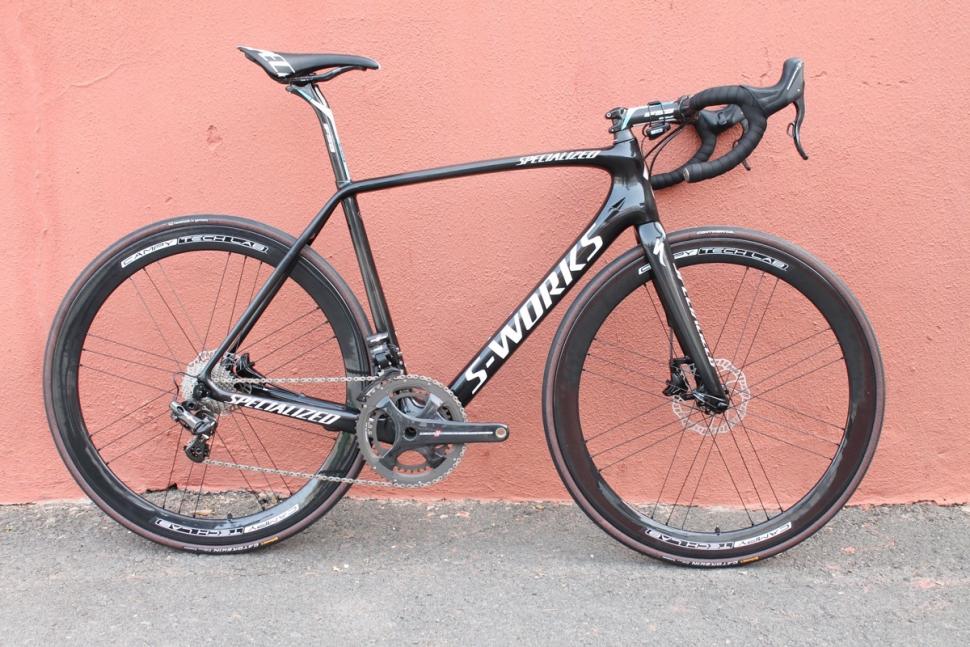 “Mr Campagnolo himself has a mandatory statement: I don’t want to launch any product before it has been tested for months in real races by our professional racers.”

Campag says that it was developing the brakes prior to the UCI’s announcement that they’d become race legal for a trial period at the end of the 2015 race season and throughout 2016, but that it has devoted more resources to the project since that announcement was made. 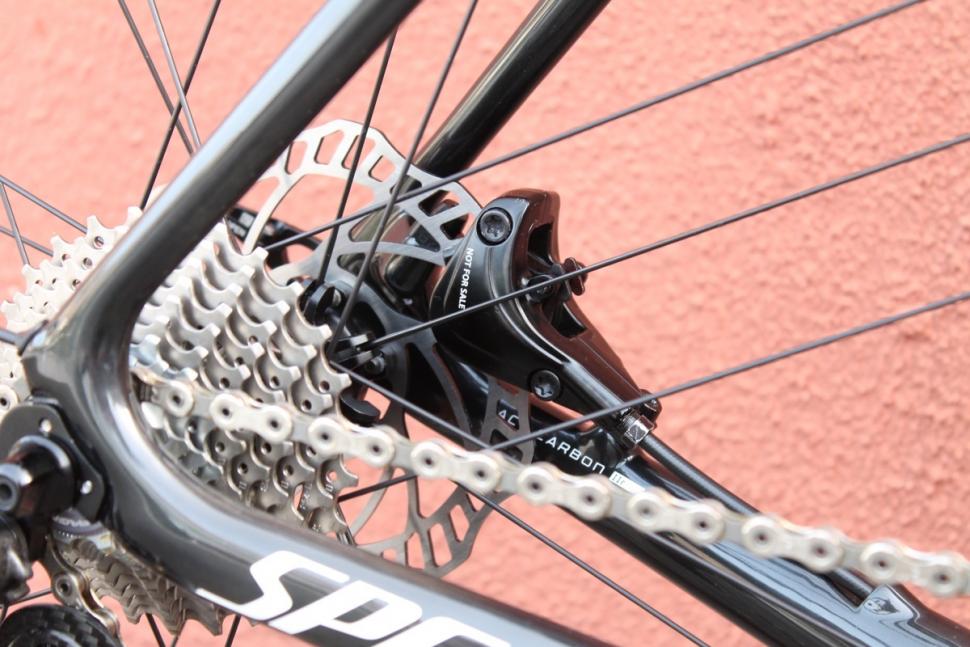 The brand doesn’t appear to be under any pressure from its pro teams to come up with a finished design any time soon.

“Professional teams are not pushing for disc brakes, so let’s see what happens in the race season,” said Lorenzo Taxis. 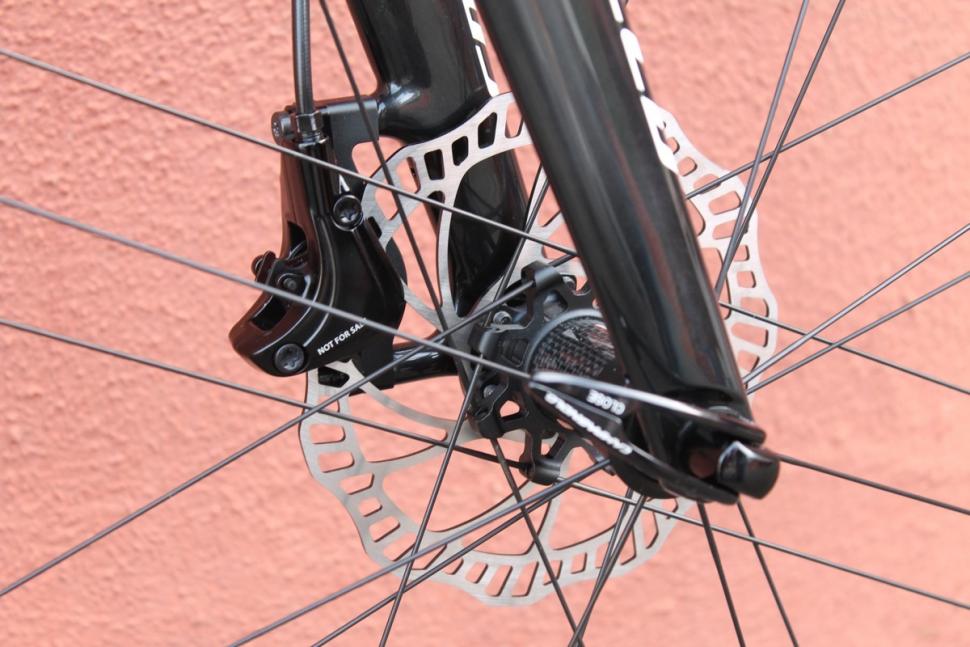 Maybe that’ll change if a rider gets a big win while using disc brakes, maybe not.

Campagnolo intends to evaluate its various disc brake prototypes over the race season. It has both flat mount and post mount versions out there, although flat mount has to be the favourite for making it to production. That’s certainly the way that the market is going. 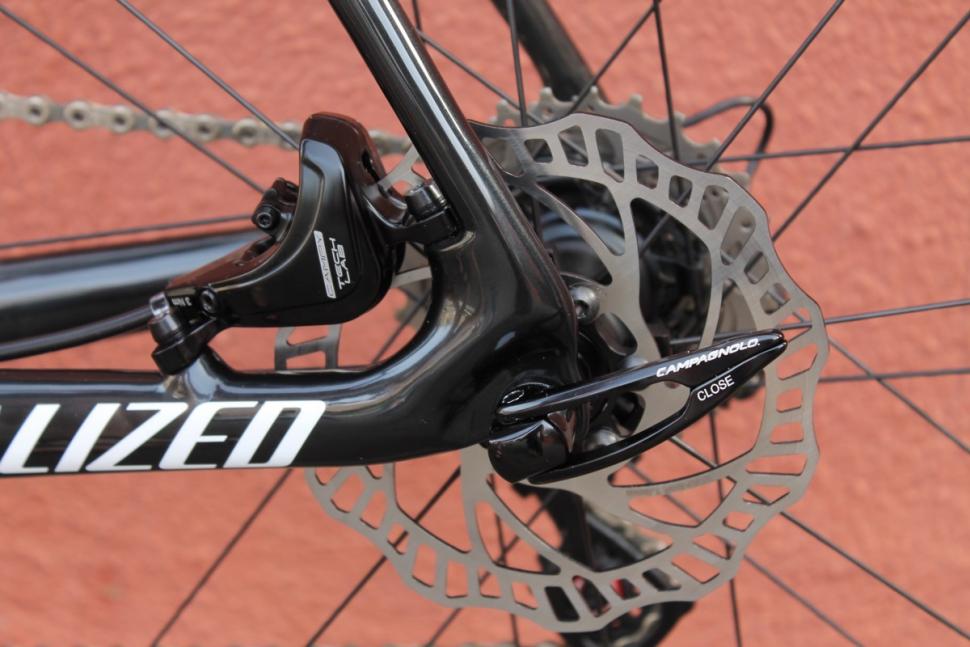 It has models that work with mechanical shifting and with EPS (electronic) shifting.

The longstanding rumour that Campagnolo has been developing its brakes with fellow Italian brand Formula is false, it’s an in-house project.

Campag is keeping shtum on the brake fluid used, and it’s also coy about the rotors it's using, which makes us wonder if there's something new here. All we can tell you is that the bikes we saw were equipped with 160mm rotors at the front and 140mm rotors at the rear, all of them six bolt. There’s no guarantee that the rotors on the bikes we were shown are Campag’s own. 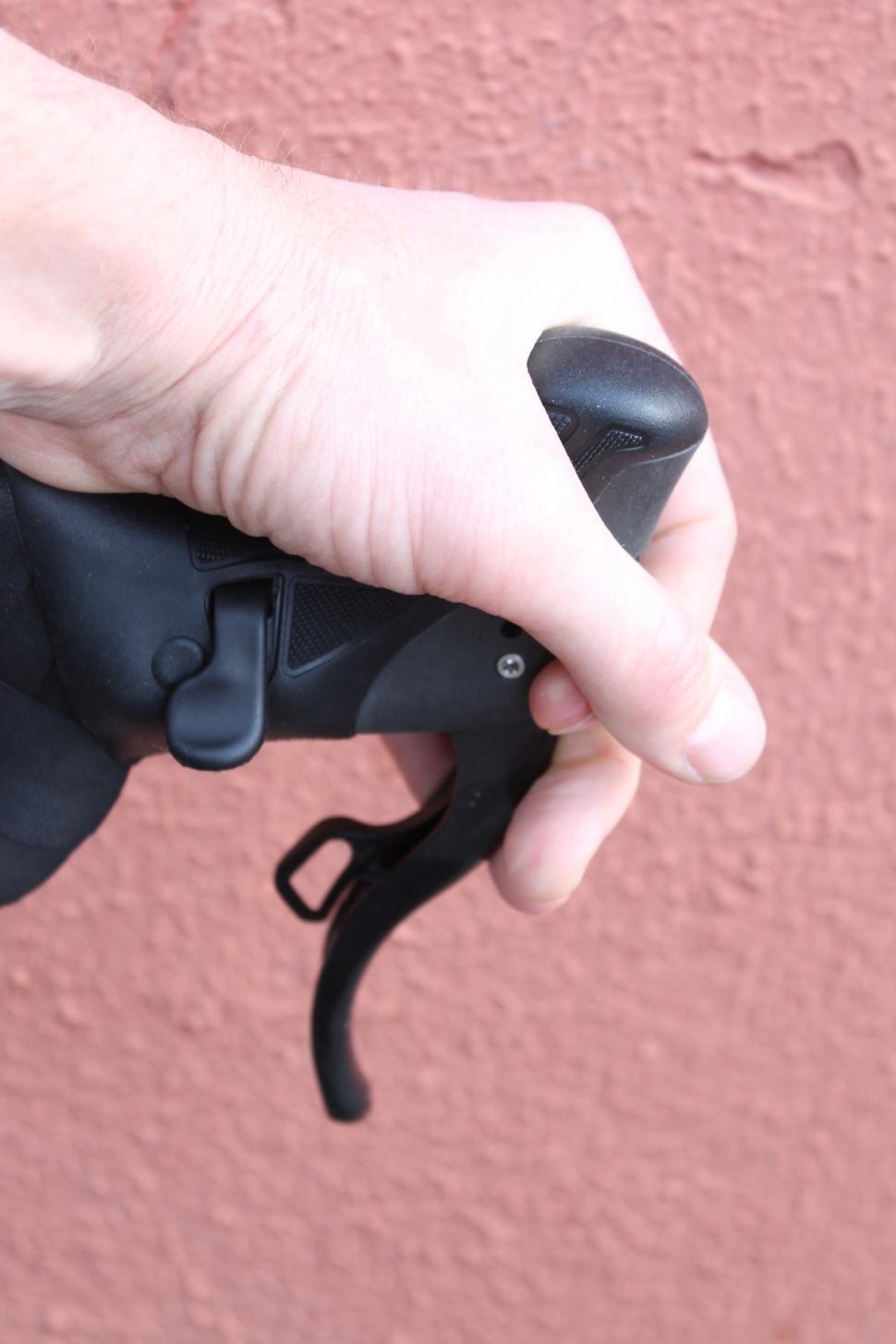 Campag doesn’t yet know, or isn’t saying, whether the disc brakes will belong to particular groupsets or whether they’ll be non-series.

Campag is also developing wheels that are capable of working with disc brakes, of course. The teams will be provided with both carbon and aluminium wheels. Again, Campag is giving no more details at this stage. 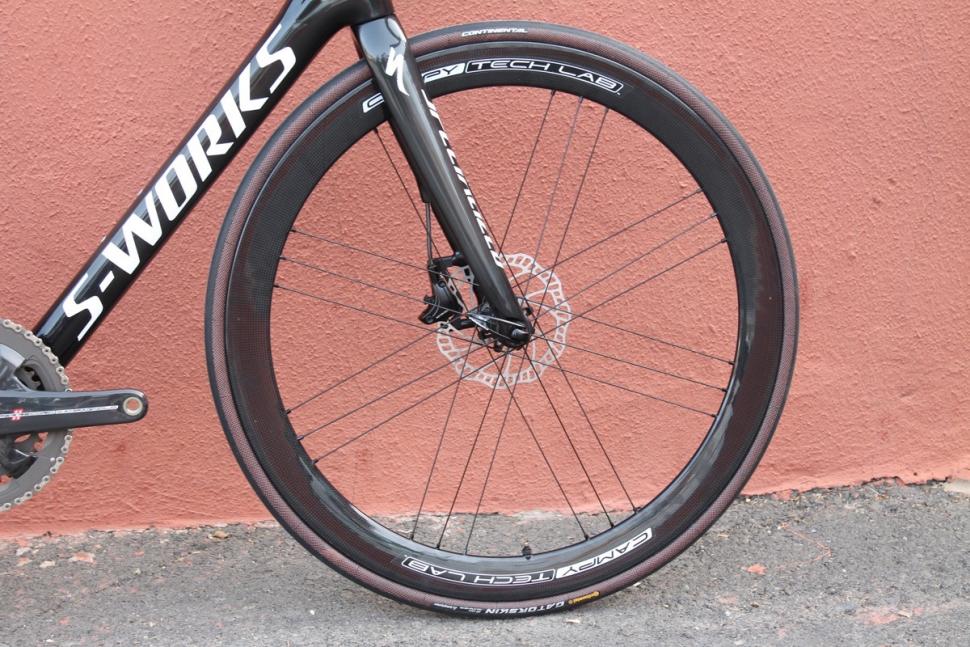 All of the prototype brakes and wheels are currently marked ‘Campy Tech Lab’. This is the name that Campagnolo gives to the division within its R&D department comprising 50 people who are developing products in association with sponsored athletes and teams.

Campagnolo EPS electronic shifting components, for example, were branded Campy Tech Lab when Movistar riders used them in the year prior to launch. 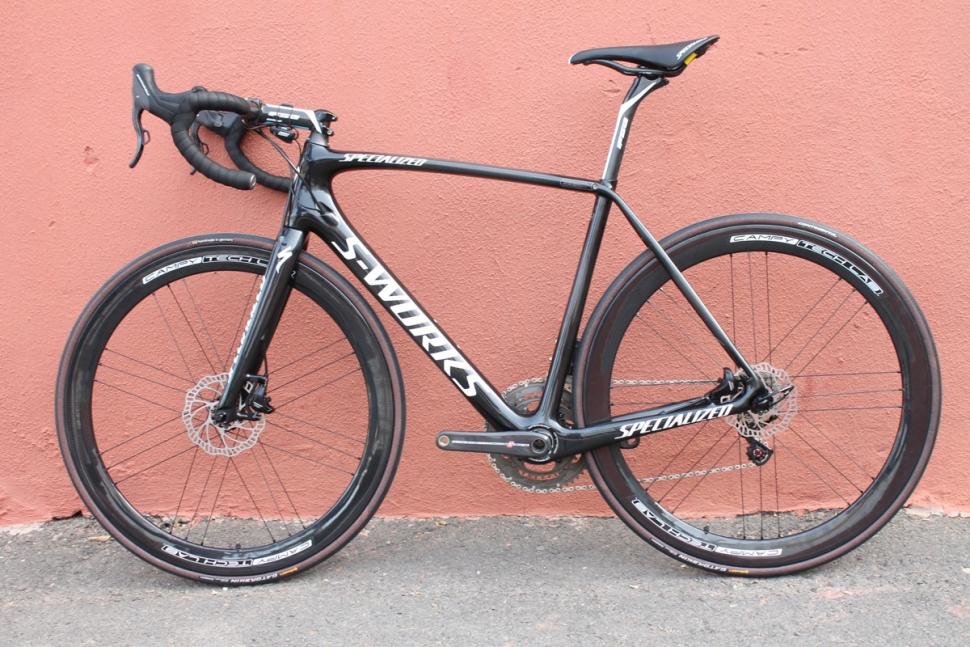 All Campy Tech Lab products are given to the teams on a loan basis and are returned at the end of the test period for evaluation.

As well as being used by professionals in both training and racing, the disc brakes have to undergo lab testing, amateur rider testing, performance, safety and durability testing before being released. That’s a long process and any one of those stages could hold up development.

“Hopefully it will be ready this year, but it doesn’t have to be,” said Lorenzo Taxis.

Watch this space for more developments over the course of the race season.