Don’t say we’re all about road race bikes here at road.cc. This Raleigh Roundsman (£2,300) is all about utility, with a Bosch electric motor mounted between the small 24in wheels and front and rear load lugging racks. It's designed for the doing the shopping trip or making deliveries. 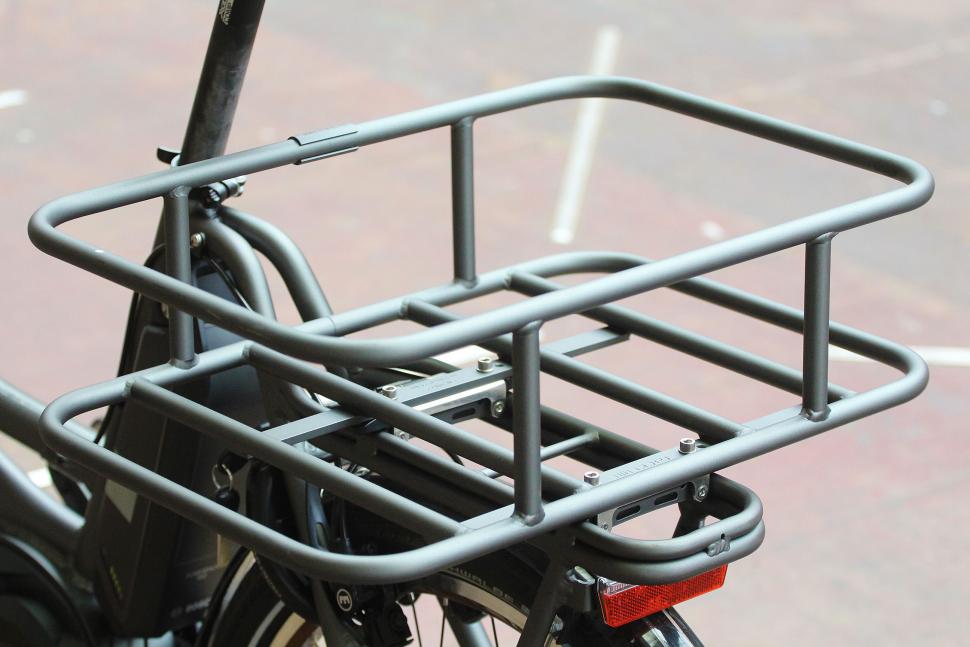 Yes, the bike is branded as a Raleigh Roundsman, after a 1950s delivery bike of the same name. It was even made with an engine in the rear wheel, and used as a  factory runaround by the Morris/MG parts dept. You can read more about this fascinating bike and its history here.

Raleigh is part of the Accell group and benefits from shared knowledge with companies like Haibike and Winora, both of which have been rapidly developing e-bikes over the past few years. This Raleigh is based on the Winora eLoad. In fact, early bikes supplied by Raleigh will be the Winora, before delivery of the Roundsman later this year.

E-bikes have been hugely popular as a form of transport in Germany for many years, but they’ve yet to really catch on in the UK. The tide is slowly changing, and we reckon e-bikes are going to get a lot more popular in Britain in the next couple of years. 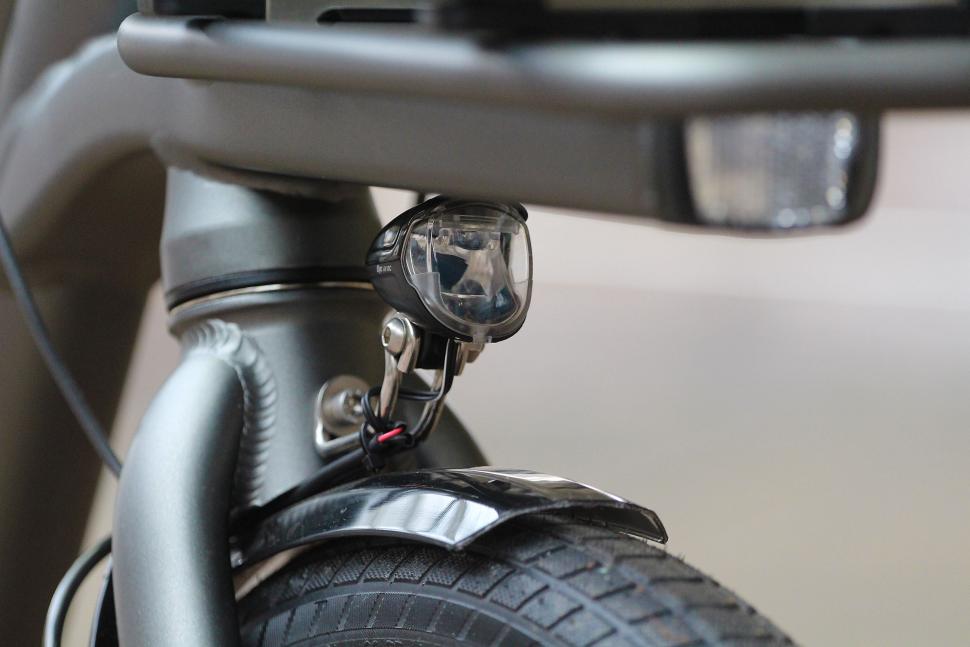 The bike features an aluminium frame and fork with SKS Chromoplastic mudguards and a front and rear rack integrated into the frame. It’s a step-through frame design so you can ride it in normal clothes. No silly spandex needed. 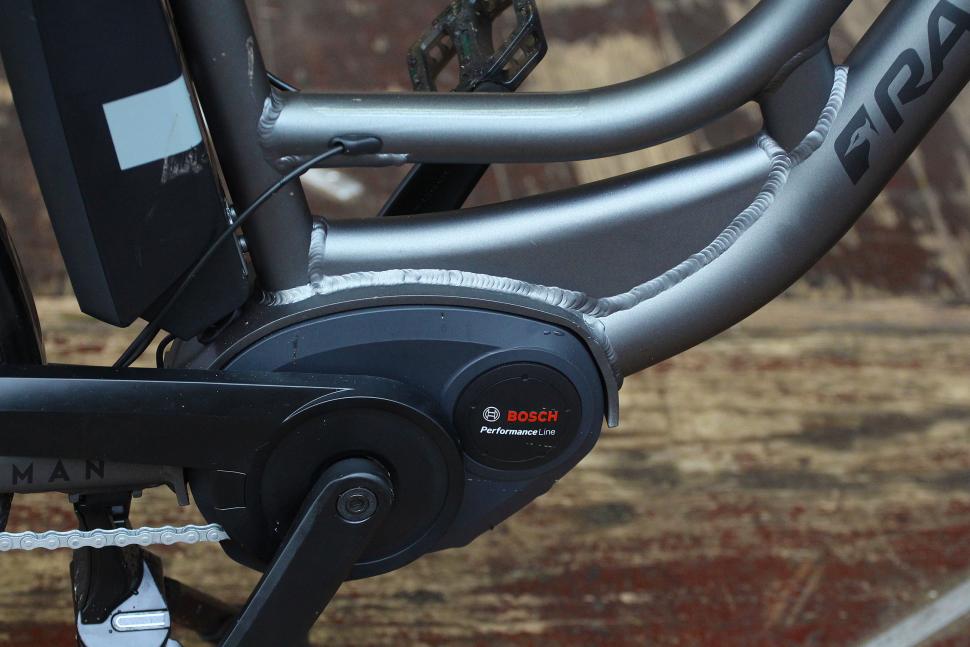 Driving the bike is a Bosch 250 Watt motor, mounted low down in the frame between the cranks, so the weight is nice and low. There are several electric bike motors on the market, but the Bosch is generally accepted to be the current benchmark.

The battery is slung between the seat tube and rear wheel, well out of the way, but easily accessible for removing when it needs charging. An Intuvia multifunction display mounted on the handlebars helps you keep tabs on things like remaining battery life and choose one of five modes (Eco, Tour, Sport, Turbo, Off). 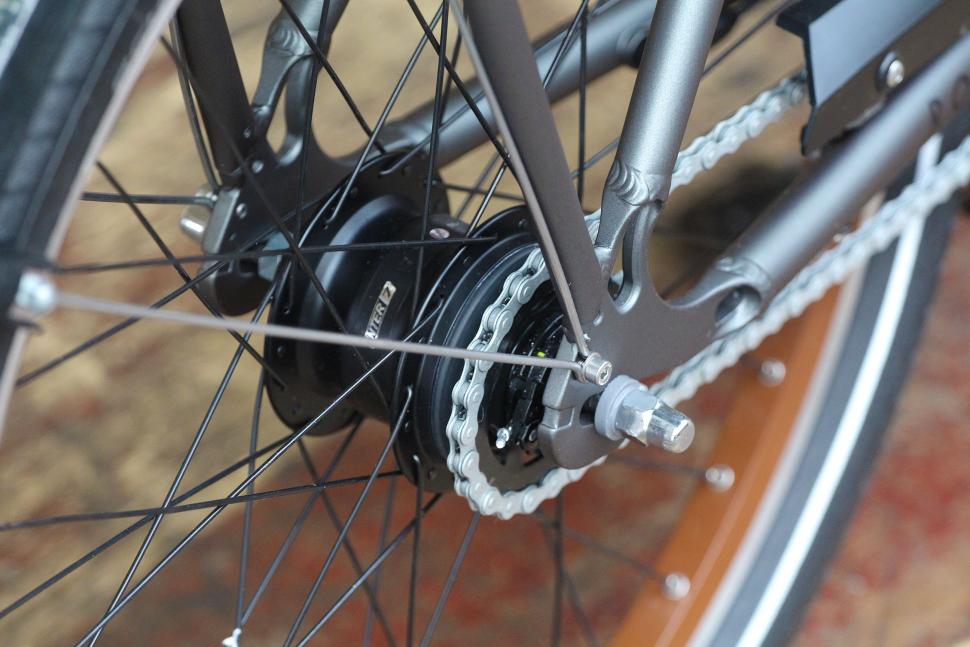 So you don’t have to fix some cheap disposal lights to the bike, Winora has sensibly fitted a B&M Eyc LED front light and Trelock LS621 rear light powered by the Bosch battery. The 24in wheels are constructed from stainless spokes wth sealed aluminium hubs and aluminium rims and fitted with Schwalbe Big Ben tyres.

The saddle is a Selle Royal Loire atop a 30.9mm XLC seatpost and there is a XLC Evo Ergobar overSize handlebar. 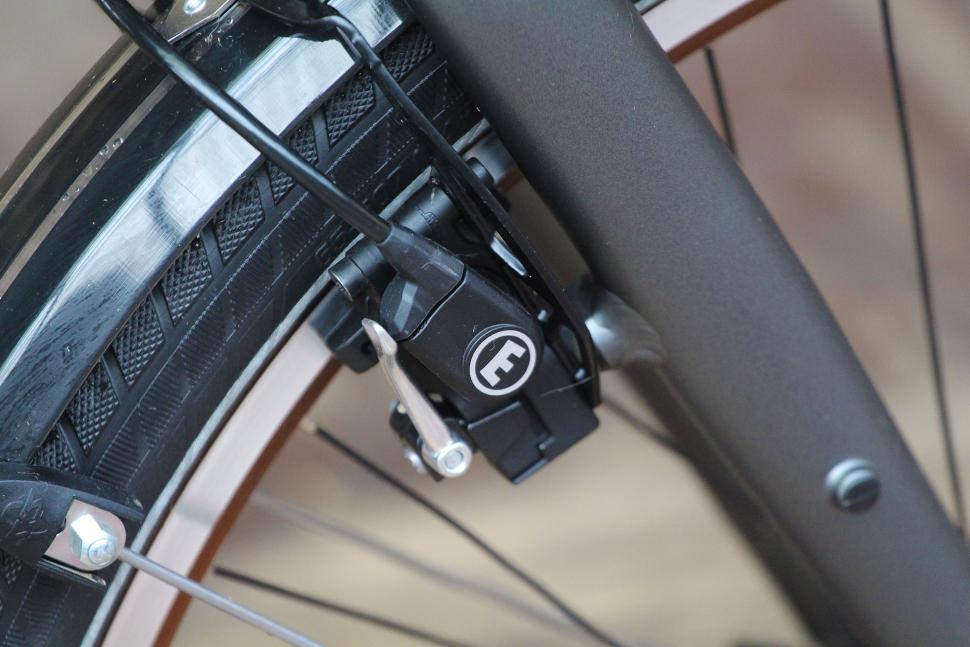 Gearing is taken care of by a Shimano Nexus 7-speed gear hub, operated by a rotary gear shifter with an indicator window. Winora uses its own crankset with an 18t chainring and a 22t sprocket on the back wheel. A chainguard keeps your trousers out of the oily chain.

Bringing the 30kg bike to a stop, or, at least, scrubbing off some speed, is a pair of Magura HS 11 hydraulic rim brakes. When you have stopped, an integrated kickstand saves leaning the bike against a wall, and there’s a lock on the rear wheel to stop someone riding off with your bike. And shopping. 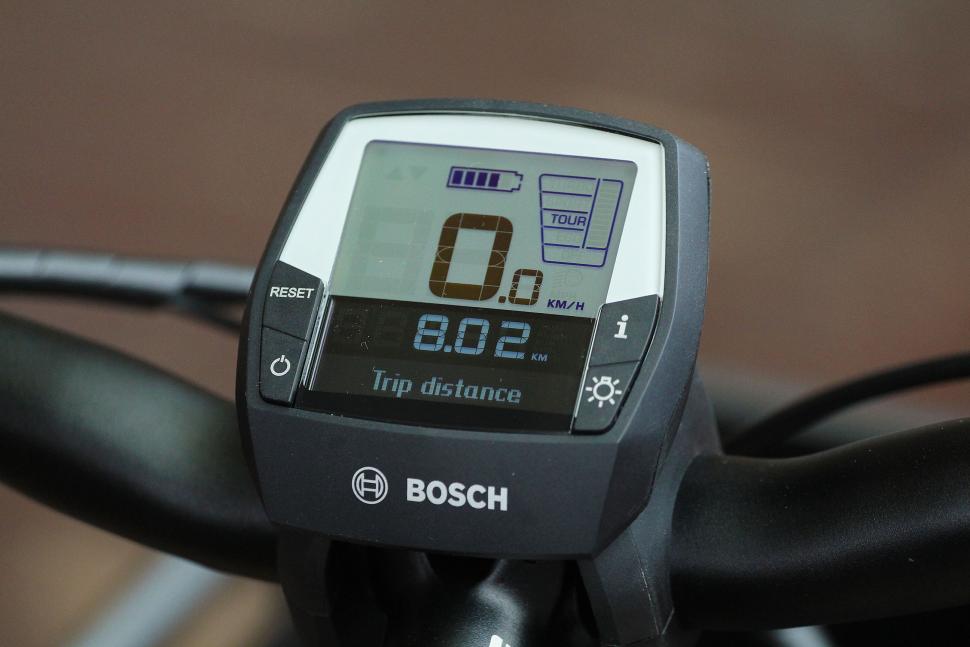 The Winora eLoad certainly isn’t going to appeal to everyone. It’s not one for your sportives or club runs, obviously. But it could replace the car for those very short journeys to the shops to do a small food shop, to collect a loaf of bread and bottle of milk. The bike has a maximum weight limit of 180kg, so you could fit quite a lot of food on it, provided you can fit it in the two racks and you don't weigh 180kg... 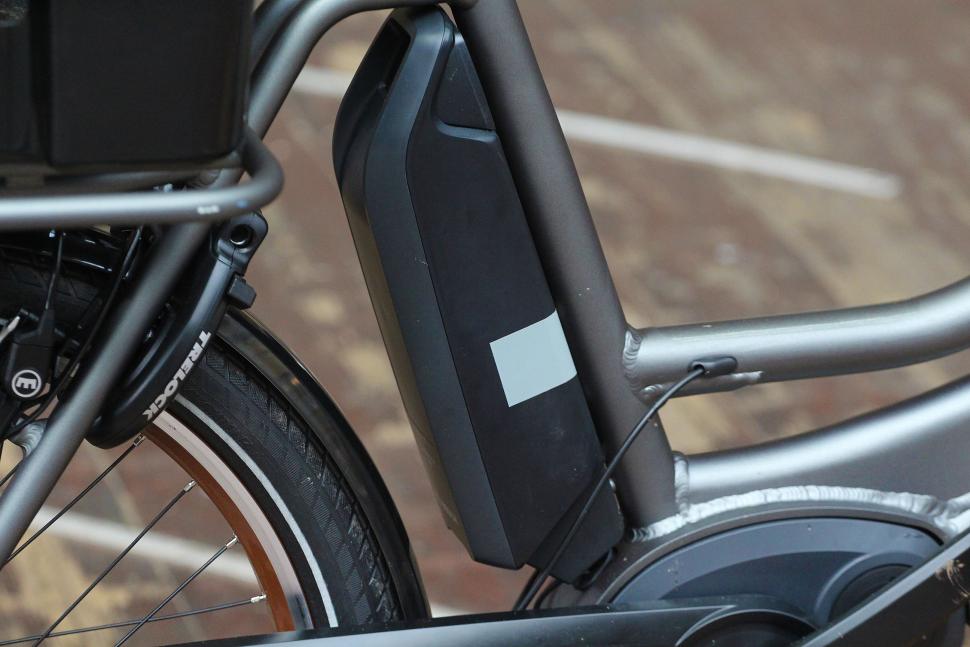 It’s a bike unlike any we’ve ever tested before, but we’ll press it into service with the daily road.cc chores, such as taking parcels to the post office and collecting more reserves of coffee, cake and beer from the supermarket.