Trek has announced an overhaul of its Boone and Crockett cyclocross bikes ahead of the world championships in Heusden-Zolder, Belgium, this weekend.

This might seem an odd time of year to be releasing a revamped cyclocross lineup but at least the bikes will be out there in plenty of time for the 2016-17 season!

The changes are to specs, colours and graphics, with more disc brakes than previously. Just two bikes in the range are now equipped with cantilever brakes – the Boone Race Shop Limited and the Boone 7. All of the disc brake bikes have 15mm thru-axle forks, and nearly all of the forks have carbon steerers. The exceptions are the Boone 5 Disc and the Crockett 5 Disc which have aluminium steerers.

There are two new Boone models, Boone being Trek’s carbon cyclocross frame with an IsoSpeed decoupler to smooth the ride. This technology, first introduced on the Domane road bike, allows the seat tube to move independently of the rest of the frame.

Rather than being in front of the seat tube as it is on the Domane, the Boone’s IsoSpeed decoupler is inline with the seat tube. Trek says that this allows it to make the top tube taller, for easier and more comfortable shouldering of the bike during cyclocross.

Find out how the IsoSpeed decoupler works here. 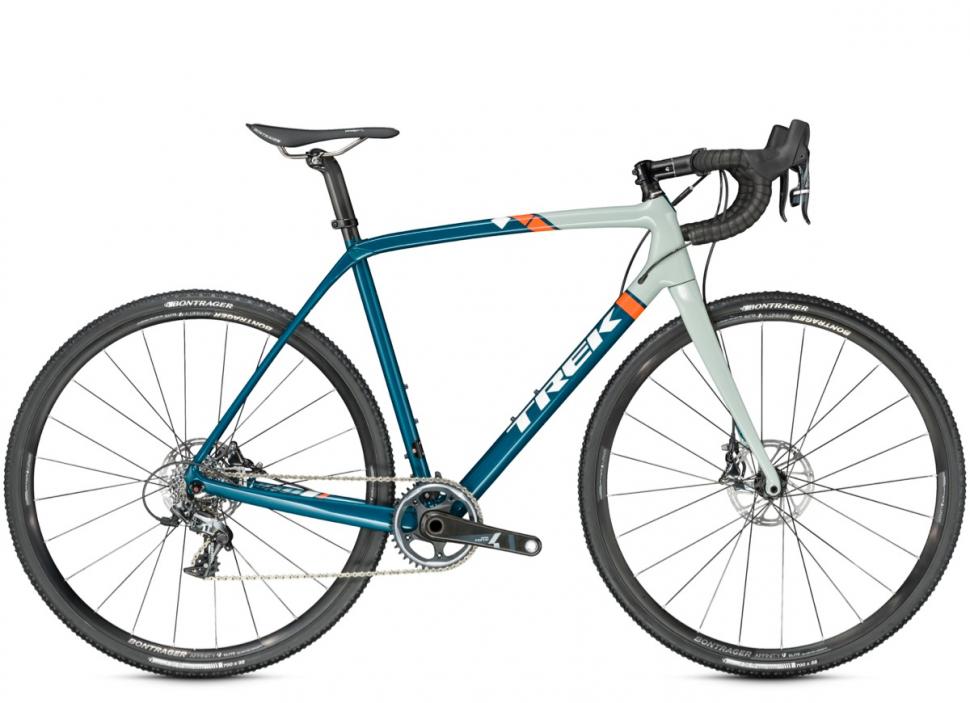 The Boone 7 was previously available only with cantilever brakes (£2,350) but Trek has now added the Boone 7 Disc (£3,150) to the lineup. Like the existing canti bike, the Boone 7 Disc comes with a SRAM Force 1 groupset – with just a single chainring matched up to a wide-ranging cassette – while the hydraulic disc brakes are SRAM Force too. 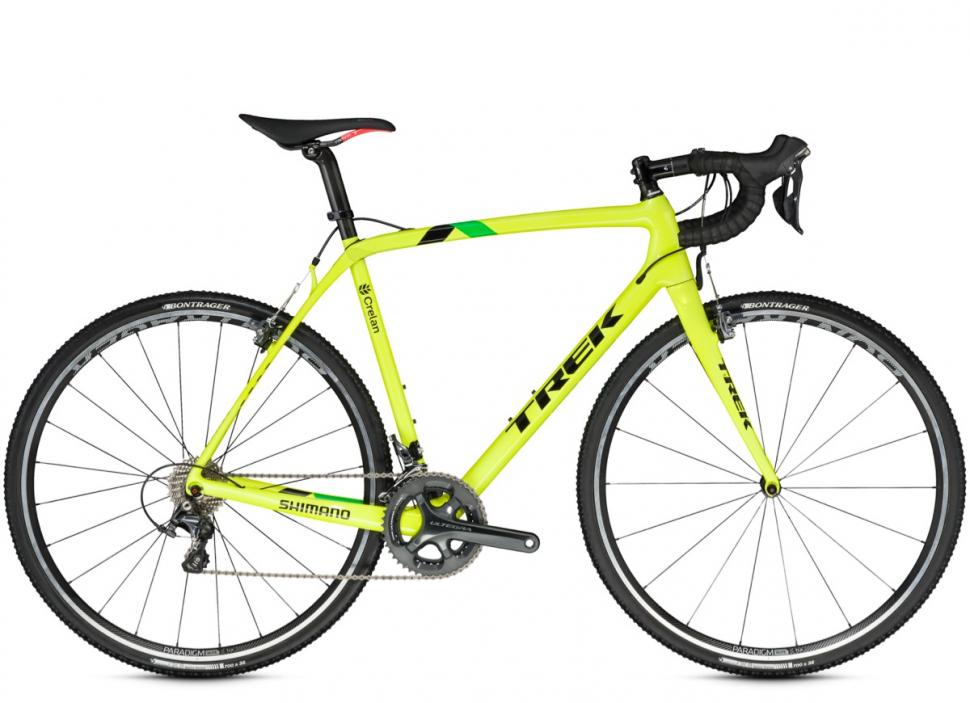 The Boone Race Shop Limited (£3,150, the same as the Boone 7 Disc) is the other new model, inspired by twice cyclocross world champion Sven Nys. It’s the bike he rode throughout 2015 and it’s available only as a cantilever option.

It’s built up with a Shimano Ultegra groupset and Shimano CX70 cantis. 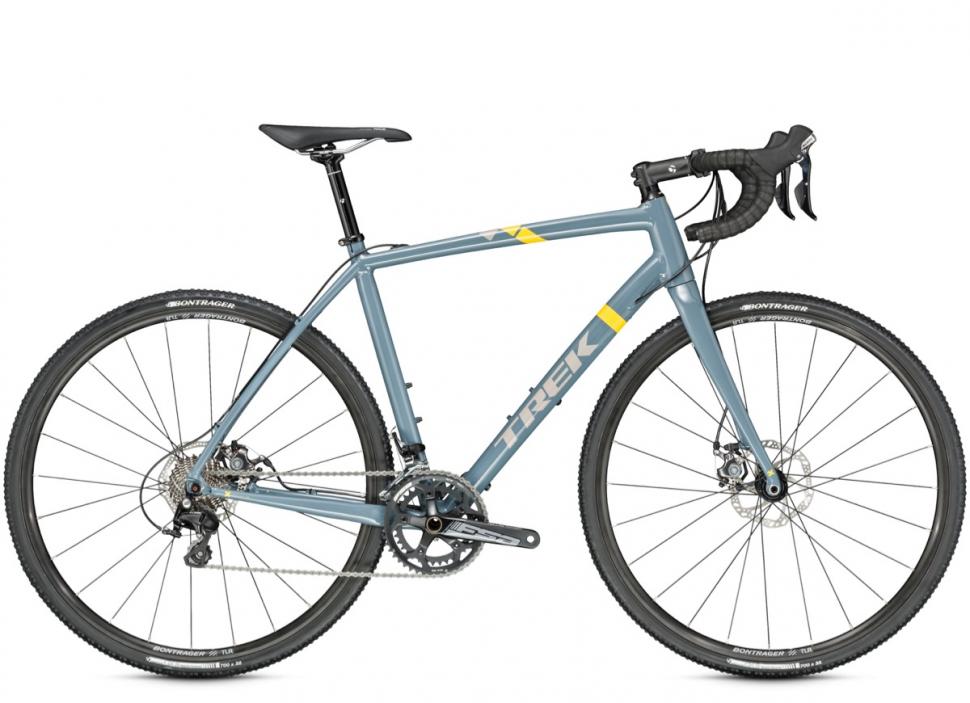 Trek’s other cyclocross platform is the Crockett with a frame built to the same race geometry as the Boone from what Trek calls its 200 Series Alpha Aluminium. The Crockett 5 Disc (£1,350) has a mainly Shimano 105 groupset with an FSA Energy Cross chainset and Hayes CX 5 mechanical disc brakes. 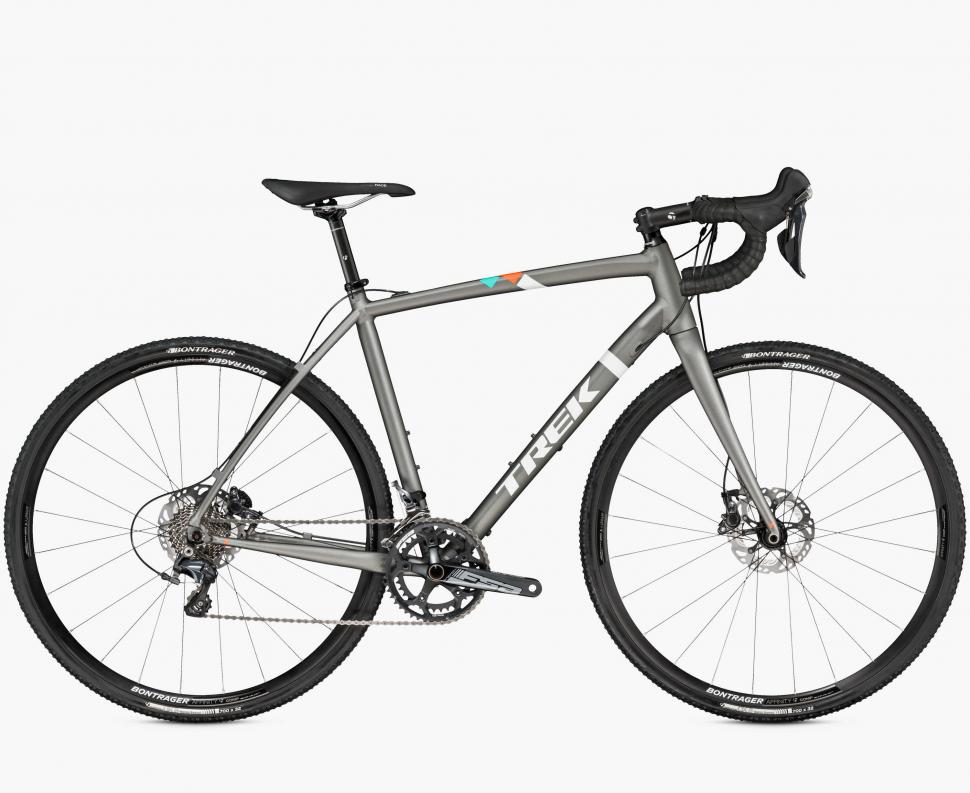 If you prefer cantilever brakes, the Crockett frameset (£550) is available with canti mounts.

All of Trek's cyclocross models take tyres up to 38mm in width.