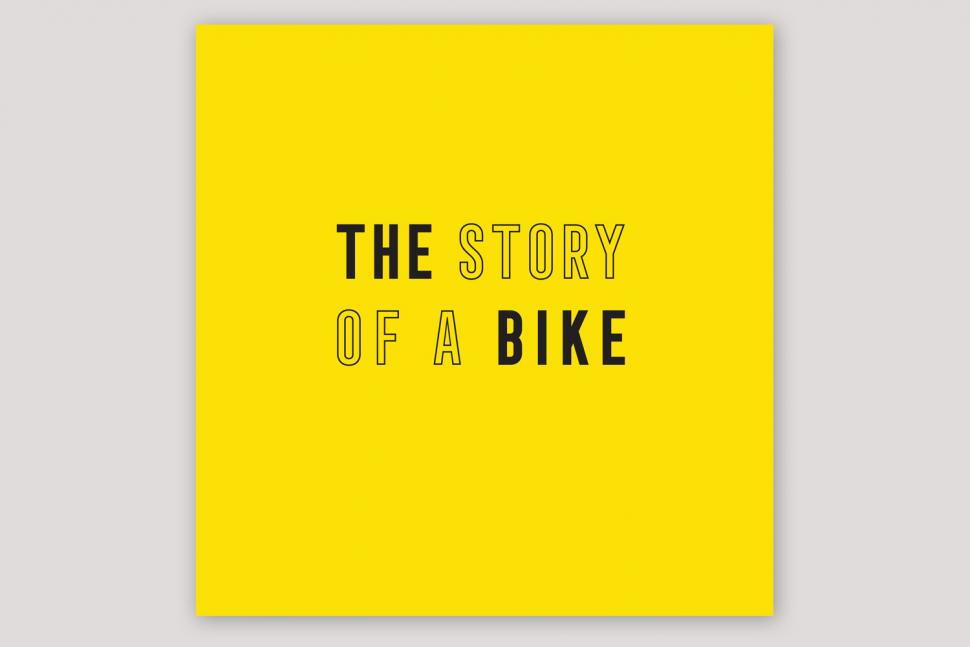 For a bike famous for its lack of angles, there are a surprising number to the Lotus 110's fascinating backstory.

Most people think they know the story of the 'Lotus bike'. A British sports car firm crashes the staid sport of cycling, creates an aerodynamic superbike, and grabs gold at the Olympics. Oh yes, and Chris Boardman was the 'pilot'.

That narrative has persisted ever since the tabloids ran with with it back in 1992.

People who know a bit more might say the Lotus was conceived by maverick inventor Mike Burrows, Chris Boardman was in fact the best time triallist and pursuiter of his generation, and Lotus stole both the design and the glory.

In this book, Paul Greasley goes beneath the smooth surface of the Lotus 108 and its roadgoing successor, the Lotus 110, in an attempt to weave together a story with more threads than the pre-preg carbon-fibre in these revolutionary frames. Lotus's involvement in cycling lasted just five years, ending in 1996 with Boardman setting an ultimate hour record that still stands. After that the distributor went bust and the bike was banned by the UCI.

This book is also an appreciation of an iconic bike. Greasley is the historian of the Lotus 110 owners' club – just 263 bikes were made – and a leading authority, though he modestly claims that what he knows 'doesn't amount to very much.'

With the help of former Lotus engineer Rudy Thomann (a keen cyclist who spotted Mike Burrows' original prototype) and Lotus aerodynamicist Richard Hill, he tells how the car company, in deep financial trouble in 1991, badly needed a boost. Thomann's manager, Roger Becker, persuaded Lotus' board that winning gold at the following year's Olympics would be a PR lifeline – and so it turned out to be.

Unfortunately the Barcelona triumph didn't change the fortunes of Lotus's parent company General Motors, or the world economy at the time. Yet Lotus was committed to continue, so a depleted team began work on the 108's successor. The 110 was a road time trial bike targeting the Tour de France, as the race was due to cross the Channel to Britain in 1994.

A bit of a car crash

Boardman and Lotus split – acrimoniously – in 1993, and it's a pity you don't get Boardman's side of the story here. Boardman himself has never got involved with the 110 Club (the Lotus era is literally just a chapter in his autobiography, Triumphs and Turbulence).

And it's still contentious. Interviewing Boardman years later, he joked to me about how a bolt sheared the first time he climbed on the 108. The day after publication I received an indignant email from Rudy Thomann, who prepared the bike, with a different version of the story.

Greasley's version of the Lotus 110's victory in the Tour de France prologue is again different from Boardman's. According to Boardman, Lotus needed him despite having burnt their bridges, so they went behind his back and did a deal with his directeur sportif, Roger Legeay.

Greasley's version has Boardman and Peter Keen 'obtaining' the 110 for the sake of the World Class Performance Plan, rather than being obliged to ride it.

Neverthless, Boardman undoubtedly benefited from Lotus as much as they did from him and, as he accepts in his autobiography, performance was always the deciding factor – so he chose the Lotus 110 for the prologue of his own free will, just as he chose it for the 1996 hour record. Their stories are inextricably entwined.

Talking to the Lotus elite

Although Greasley declares his interest from the outset and much of his research comes via Lotus staff, he doesn't let Lotus off the hook.

"While Lotus lurched towards another perennial crisis," he writes, "British Eagle, the company entrusted to sell the Lotus 110 and the 'Lotus Sport' brand, filed for insolvency. Poor management, lacklustre marketing, confusing product lines as well as a decline in bike sales in the UK (including the Lotus 110) conspired to bring down this once famous name."

Greasley's writing style is engaging. He has a light touch and deftly jumps between Lotus's racing exploits and the cut and thrust of the boardroom – the power struggles, the takeovers and company restructurings – which arguably determined the direction of Lotus bikes more than cycling ever would.

Lotus 110 owners will love this book, as will anyone who appreciates the gorgeous curves of these iconic bikes. There's also plenty for those interested in this unique period in British cycling.

Every left-hand page is a photograph, so with just 18 pages (measuring a semi-coffee table-sized 22x22cm) out of 52 given to the story, it's a concise yet detail-packed telling. Greasley says he's already planning a more fulsome book purely about the Lotus 108.

> How to get into time trialling: simple tips for racing the clock

Yes, the price is pretty high and since it's self published the copy is a little rough round the edges, but it's an authentic, authoritative and highly readable telling of the Lotus saga. It's a good decision to include plenty of photos, and I don't think anyone has managed such a detailed, accomplished untangling of this extraordinary story before.

The story of the legendary Lotus bikes is fascinating, and usually only told second or third hand or in snippets on the internet. Greasley has interviewed Lotus engineers, and tells the story in an engaging way. And there are lots of photos!

The copy editing could be better, but as this is self-published I'm happy to cut the author some slack.

It's pretty expensive, again because it's self-published.

Paul Greasley has done an exceptional job of telling the story of the Lotus bikes. He's researched it in forensic detail with help from the Lotus engineers, making this both an historical document and a great read. It's a worthy nine.

I regularly do the following types of riding: time trialling, commuting, touring, club rides, sportives, School run on a tandem