7
10
Classic looks and a planted ride from the new traditionalists at Singular
Weight:
3,150g
Contact:
www.singularcycles.com
How we test

It's a lovely looking thing, the Singular Osprey. More than likely you'll buy it on the strength of those looks, hoping it'll build up into a comfy road bike for some classy and leisurely miles. And you won't be disappointed: the frame and fork gives you a nice traditional steel ride with the geometry and overall weight making it more of a long-distance cruiser than a speed machine. This is as near to a traditional lugged, gate-frame road bike as it's possible to buy off the peg right now, I reckon. Our 60cm test bike (it's actually the prototype but identical save for the missing rack mounts) gets 73 degree head and seat tube angles, a 190mm head tube and a 595mm top tube. I was going to say 'effective top tube' there, but no need. It's as flat as week-old bitter.

There's two versions of the Osprey frame, and they differ only in that one has chrome detailing on the chainstay and dropouts. That'll set you back £710 for the frame and fork, with the non-chrome version £180 less. Ours was built up with a drivetrain best described as esoteric: Campag ten-speed shifters pushing an Ultegra mech over an eight-speed block. This is Sam from Singular's preferred mixed marriage of Shimano eight-speed durability and cost with his preferred shifting option, Campag. I was sceptical; it works just fine. 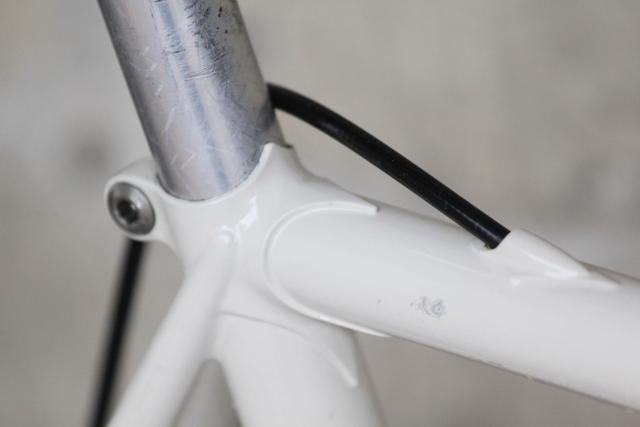 Other finishing kit includes alloy seatpost, and the choice of either quill stem and bars or ahead stem and bars depending on whether you go for a 1in threaded fork or a threadless one, (our was quill) with Brooks leather bar tape and saddle. The look, with an Athena alloy crankset, is undeniably classic, especially with the touring wheelset and hammered alloy mudguards. The Osprey is designed to take 28mm tyres with a mudguard; ours squeezed in 32mm Schwalbe Stelvios.

So to the ride. A fairly weighty frame (2.2Kg) with a dependable build such as this isn't ever going to feel like a race machine, so what I'd be hoping from a first ride would be that the bike felt planted and comfortable, and was easy to spin up to a decent lick and stay there. And that's exactly what the Osprey delivers. There's plenty of comfort and a familiar steel springiness from the frame that's evident even though the heavy wheel and tyre combo takes a while to get rolling. 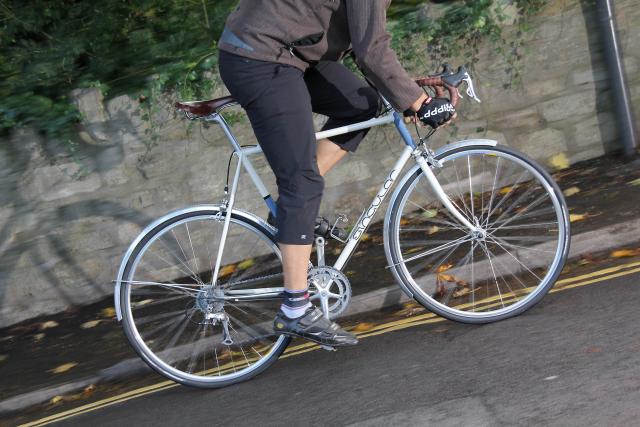 At cruising speeds the Osprey is unflustered and requires very little input from the rider, with the neutral steering well weighted for longer rides. Point it down a hill and the bike goes where it's told; it doesn't have the razor-sharp steering of a Carbon bike with a beefy asymetric head tube but there wasn't any speed I could wind it up to where I didn't feel fully in control. At lower speeds and in traffic the Osprey feels a little sluggish on the turn but I'd rather have the compromise there than on a 40mph descent.

The Osprey feels relaxed and cruisy - is that a word? - but it isn't slow. I was averaging 15mph on loops where I'd normally expect to be doing 16mph on my normal bike (Genesis Equilibrium) or a bit more on a lightweight machine. That's an acceptable trade-off in my book, and it means the Osprey is plenty capable of a long ride, especially with a lighter build; in truth the speed differential is more likely down to the heavy wheels and tyres than the frame and fork. 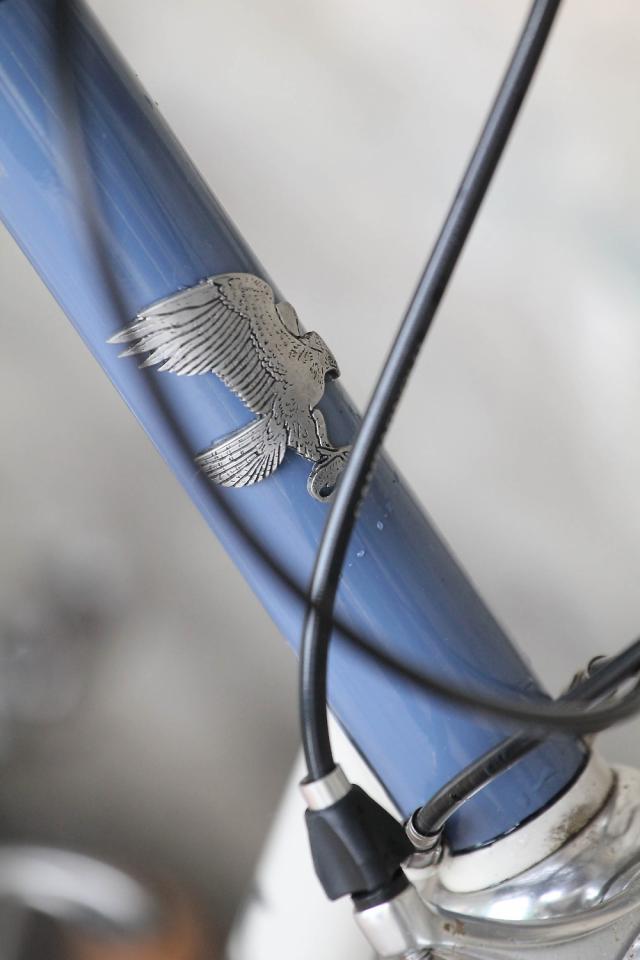 Climbing on the Singular is a happy affair; sat down the bike is more Audax than race so it's set up well for spinning up a hill. If you do have to get out of the saddle then you can eke a bit of flex out of the frame but no more than I'd expect from a steel bike, and no more than my Genesis or indeed my old Raleigh Sirocco. The overall weight counts against it on really long or really steep stuff. But you can always fit a triple, eh. Talking of triples the production frames have rack as well as guard mounts if you want to spec the Osprey up as a tourer. It's definitely at the fast-handling end of the touring spectrum and we didn't try loading it up as ours didn't have rack mounts, but the option is there if you want it.

Overall the Osprey performed very nicely, thank you. It's at a bit of a price disadvantage over higher volume, non-lugged steel frames but it's a very well finished unit and definitely has appeal. The ride is planted and comfortable, and the geometry just right for getting the miles in in style. The £180 price hike for the chromed frame is a bit salty for my tastes, though. It does look lovely, no mistake, but a third of the frame price on top for the shiny stuff wouldn't tempt me. If it was my money I'd be going for the original version.

"Oh why don't they make road bikes like this any more? Lovely slim steel tubes, beautiful lugs, classic geometry, classic looks and a classic ride. Well they do - if you want to pay a couple of thousand for a lovely custom one and wait months if not years. We're trying to change that with the introduction of the Osprey."

Roomy, especially with the long stem and bar combo

Steel frame and forks plus big chamber tyres makes for a very comfortable place to be. A Brooks saddle helps, too

It's not built with stiffness as the primary concern but it's stiff enough.

Yes, no problems there

Not really an issue on a 60cm frame

It's a pretty laid back ride. That's not to say slow, it clips along just fine. but it's not nervous

Doesn't jump forward like a lightweight Carbon bike but it's fine

One you wind up, not one that's quick from the off

Stable but could be more manouverable

Goes where you put it

Rate the bike for cornering on descents:
8/10

And again, no problems. Godd feedback.

Not light but never really struggles

Would you consider buying the bike? Yes, but I'd baulk at £180 for the chrome, I'd go for the cheaper version

Marking the one we've tested for value it gets a 6, the non-chrome version would be a higher score 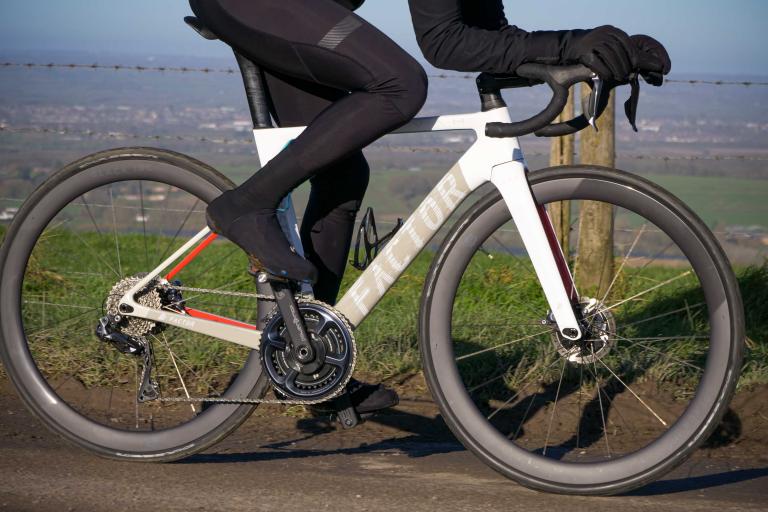 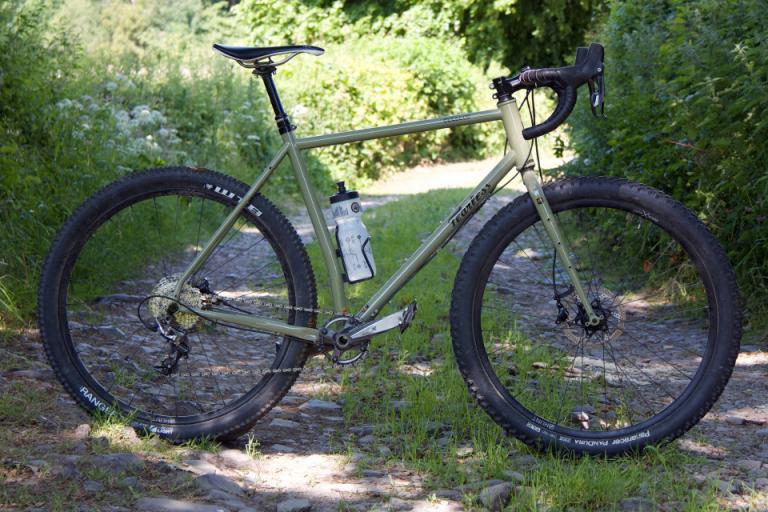 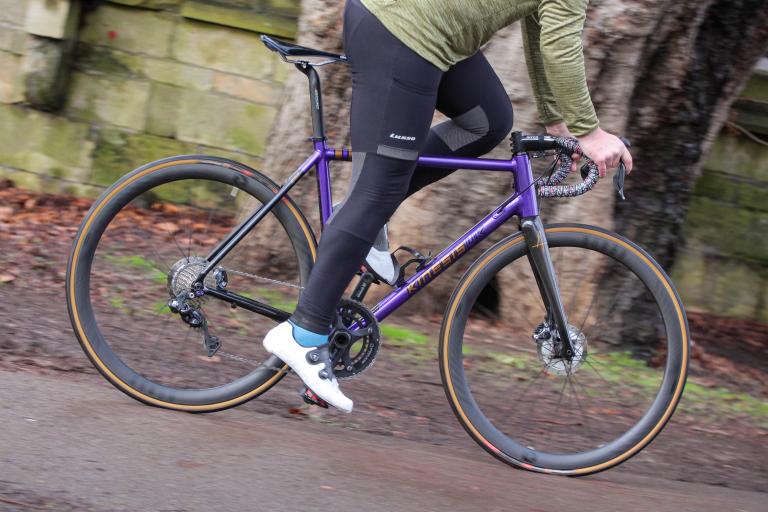 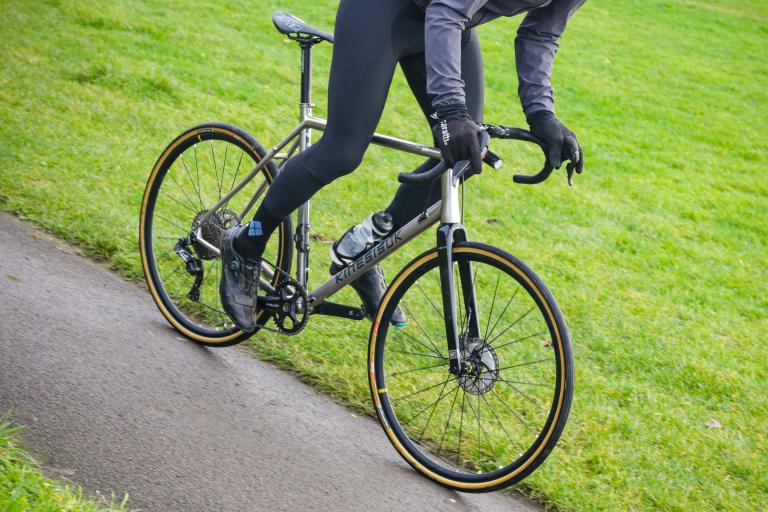