9
10
The most thorough biography yet about the guy who has reclaimed the title of America's most successful cyclist
Weight:
600g
Contact:
groveatlantic.com
How we test

The Tour de France is over for another year, and Greg LeMond remains as the only American rider to have officially won the race. These days the idea that an American rider could triumph again is hardly remarkable, but The Comeback makes clear that if it was an unparalleled achievement when LeMond first realised it, his second success was even more unlikely. As if the highs and lows of his sporting career were not enough, The Comeback also shows how LeMond had to endure similar fluctuations in fortune during his business career, thanks in part to Lance Armstrong.

Sport has witnessed many incredible comebacks over the years, but if you take the category of 'still winning after recovery from life-threatening injury or illness', Greg LeMond is one of the best examples in cycling. Ironically, we used to include his nemesis, Lance Armstrong, on the list. 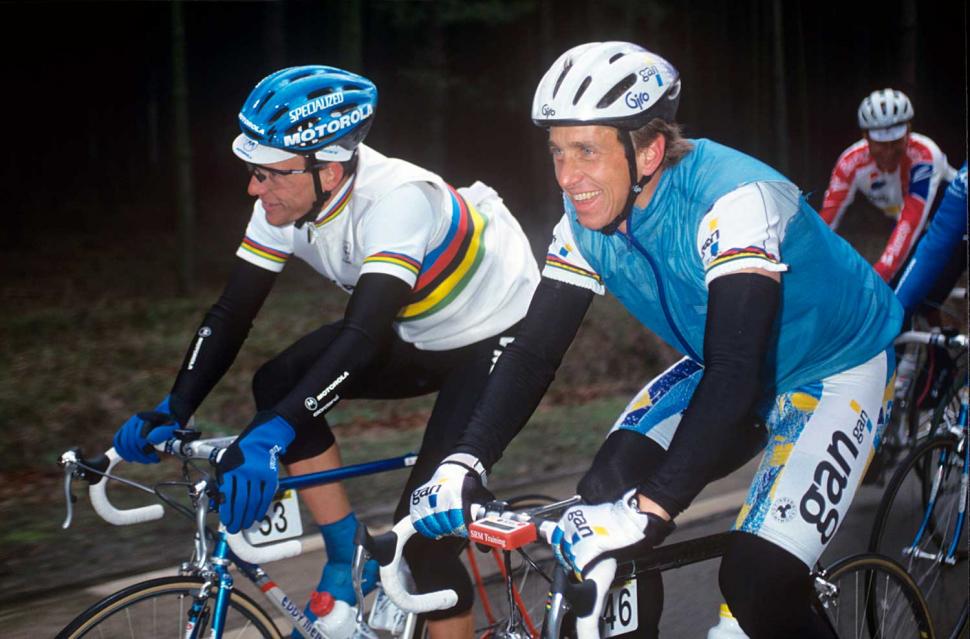 Sam Abt was the first to produce a book that focused on LeMond's sporting comeback at the 1989 Tour de France, and there have been other books that covered LeMond's contribution to that race, including this one only last year.

Last year also saw the arrival of an extensively illustrated biography of LeMond's racing career, and in my review I suggested that 'there are many worthwhile stories to be told from his life after racing'. Those stories have now been told in The Comeback, and the title is appropriate for both his sporting career and business career.

LeMond is probably best known for his win at the 1989 Tour de France, which he achieved despite being seriously injured in a shooting accident a couple of years earlier. Even though the story has been told many times already, de Visé still manages to deliver a thoroughly gripping account.

He spends a lot of time setting the scene for that battle, and so includes extensive coverage of Laurent Fignon's career: I thought that I knew a fair bit about the race already, but de Visé has managed to find more of interest. I was reminded of the way that Richard Moore covered so much more than just the 1986 Tour in Slaying the Badger, with that being merely the denouement of the book – where understanding the background helped you to appreciate it all the more.

In his list of sources, de Visé lists numerous publications, but his writing is not just a re-hash of existing material, as he also includes interviews with a comprehensive selection of key players that allow him to tell the well-worn LeMond story in a fresh and exciting manner. Unfortunately, Lance Armstrong and Floyd Landis 'politely declined interview requests'.

There is one element of LeMond's early life that has not received so much coverage, though, because it was only made public in 2006. In trying to get Floyd Landis to understand the effect that perpetuating a lie (about doping) would have on his mental state, LeMond told him 'the story of sexual abuse he had hidden from the world for most of his life. He told Landis how the secret had eaten away at him, and he described the cathartic release of finally telling the truth'. Landis did heed the advice eventually, I suppose.

Although there are numerous images from LeMond's cycling career available, often from agencies such as Offside Sports Photography, they have been seen many times before. The Comeback includes a few of them, but does not try to compete with the comprehensive coverage in Yellow Jersey Racer. It does, however, include a few images from LeMond's post-cycling career, which normally receive considerably less exposure. 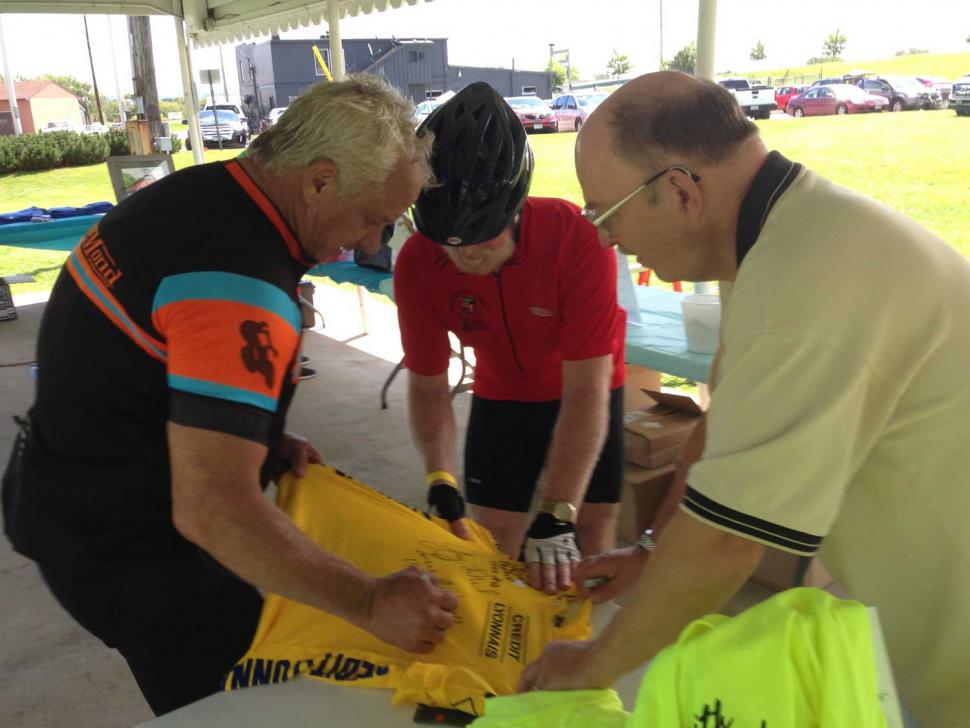 I don't want to downplay the quality of the coverage of LeMond's life up to the end of his cycling career, which is as good as anything you will find anywhere, but LeMond's life after cycling is nearly as eventful as his racing career – yet it is a story that has rarely been told. De Visé makes the trials and tribulations of his personal and business life as compelling to read as any race report, and demonstrates how this section could almost justify the title of the book in its own right.

LeMond should have been able to enjoy his retirement from the sport and concentrate on building his business and being an elder statesman of cycling. Unfortunately this was derailed by the man who was busy usurping LeMond's position as America's best-ever cyclist, Lance Armstrong. The reason? As early as 2000, LeMond 'began to leaven his public comments with subtle doubts about Lance and his team', long before it was popular to do so: as the Armstrong star waxed, the LeMond star waned because he spoke his mind.

LeMond had actually started using his name to sell products back in 1987, but things didn't go well and the brand was sold to Trek in 1992. However, under pressure from Armstrong that relationship deteriorated and Trek announced that LeMond's comments 'had harmed its business by "publicly disparaging an important Trek-endorsed athlete".' His business activities may not have been wholly successful since, but at least he has control over his brand name again. 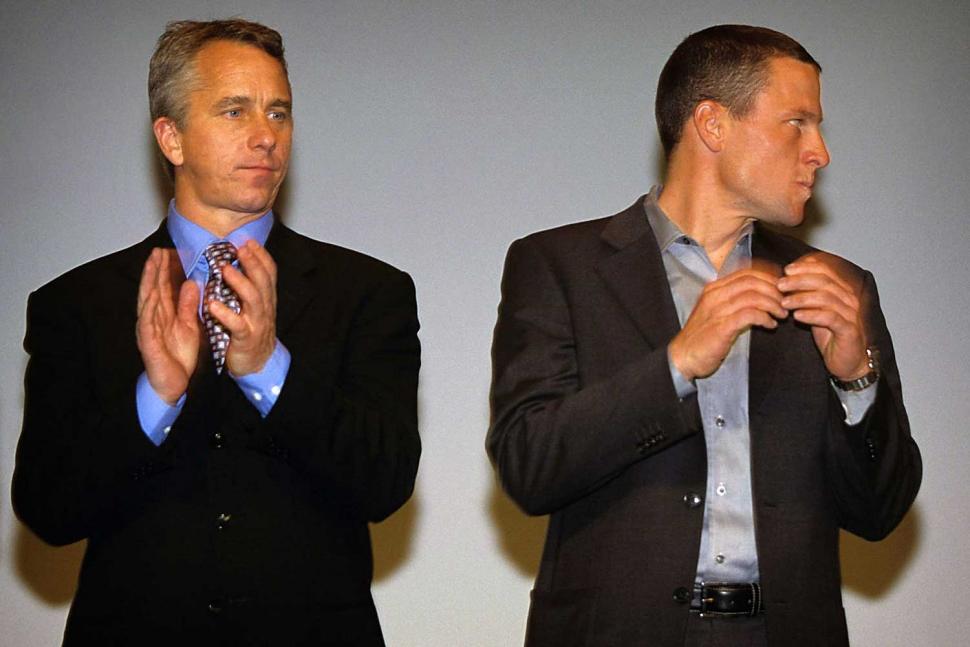 The commercial and personal sides of LeMond's life come together with his father, who ran his business affairs until a rather acrimonious split in 1992. The subsequent story has not had as much coverage as other aspects of LeMond's career, but it was not until 2007 that his mother's passing 'would finally rekindle Greg's relationship with his father'. Again, life has not been straightforward for LeMond.

No sooner had LeMond been rehabilitated into the sport than he again risked making himself unpopular 'in his role as the conscience of professional cycling': when Chris Froome distanced his rivals on Mont Ventoux in the 2013 Tour, LeMond asserted that 'you can't open a gap on small gears'. When rumours of 'mechanical doping' grew, 'the controversy cast Greg in the customary role of whistle-blower' as he urged for more thorough checks – confident in the knowledge that concealed motor assistance was technically feasible.

Will history repeat itself? Will LeMond's doubts prove to be correct? We don't know yet, but we do know that people are more likely to take notice of him this time – and I think that he has earned the right to speak his mind!

In July 1986, Greg LeMond stunned the sporting world by becoming the first American to win the Tour de France, the world's pre-eminent bicycle race, defeating French cycling legend Bernard Hinault. Nine months later, LeMond lay in a hospital bed, his life in peril after a hunting accident, his career as a bicycle racer seemingly over. And yet, barely two years after this crisis, LeMond mounted a comeback almost without parallel in professional sports. In summer 1989, he again won the Tour - arguably the world's most grueling athletic contest - by the almost impossibly narrow margin of 8 seconds over another French legend, Laurent Fignon. It remains the closest Tour de France in history.

The Comeback chronicles the life of one of America's greatest athletes, from his roots in Nevada and California to the heights of global fame, to a falling out with his own family and a calamitous confrontation with Lance Armstrong over allegations the latter was doping''a campaign LeMond would wage on principle for more than a decade before Armstrong was finally stripped of his own Tour titles. With the kind of narrative drive that propels books like Moneyball, and a fierce attention to detail, Daniel de Visé reveals the dramatic, ultra-competitive inner world of a sport rarely glimpsed up close, and builds a compelling case for LeMond as its great American hero.

The price is $27, which translates to about £21 directly from Amazon UK at current exchange rates, although other sellers on the site are asking for about £5 less.

It brings the LeMond story up to date.

The limited selection of pictures prevents it being the complete LeMond solution – but Yellow Jersey Racer fills that gap well and is a good complement.

You couldn't ask for much more from a biography: a worthy subject and a great story.