4
10
Impressive grip but frustratingly slow and difficult to fit; commuter-friendly, but not viable for most road cyclists
Weight:
400g
Contact:
www.tannus.co.uk

The Aither 1.1s are the latest in puncture-proof technology from Tannus, which claims that the 1.1s set a new benchmark in solid tyre performance. In my experience though, they still have a long way to go before they can even come close to the comfort and speed of a clincher, tubular or tubeless tyre.

If you thought solid tyres were the preserve of kids tricycles and wheelchairs, think again – Tannus presented its first solid bike tyre in 2004, and claims they are a real alternative for those who don't want to worry about flats.

They're made use a special polymer resin that Tannus calls 'Aither', a foaming technology similar to the foam used in sports shoes (Tannus began life developing EVA foam for Nike in the early 90s) but conditioned and processed differently to make it bike-specific. 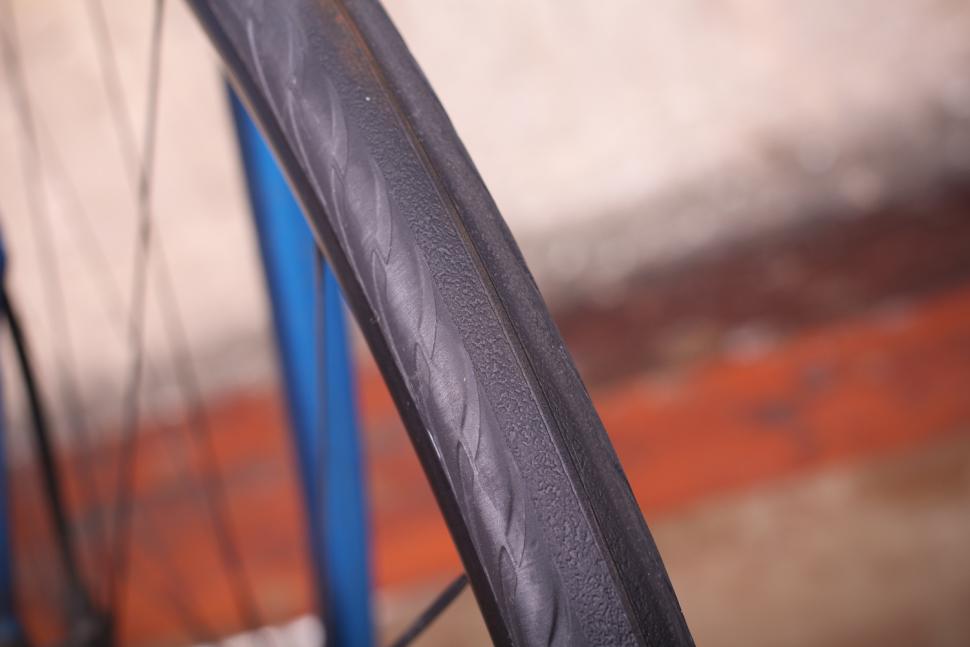 Tannus isn't alone either: as far as competition is concerned there is the UK's own Greentyre, and we recently reported on an airless concept developed by Bridgestone, but Tannus is the most prominent brand currently producing airless bike tyres.

Tannus says the Aither 1.1s have 15% less rolling resistance than the Aither 1.0. They also weigh 30g less at 400g, which is comparable to a basic clincher tyre and tube combination. What about a race tyre? A 25mm Continental GP4000s II plus a standard Continental 700C butyl inner tube has a combined weight of 325g, but add in gear for puncture protection such as a pump, spare tubes and levers, and Tannus actually nets you a small weight win overall, so fairly impressive.

While the main USP of solid tyres is the lack of maintenance needed and a commuter-friendly appeal, the Aither 1.1 appears to be targeted at road cyclists too, given the rolling resistance data supplied and Tannus's foray into team sponsorship. It's now supplying Aither 1.1s to the Ukrainian national cycling team for their winter training bikes, and also a number of pro triathletes.

Can they really come close to the performance of an air-filled tyre? I was intrigued to try the 25mm versions out.

Anyone with any experience of solid tyres will know that it's not a simple job to get them fitted. The Tannus solution is to supply the tyres with small plastic tacks, which are bridged across the rim of the wheels all the way around to keep the tyres in place when they're loaded on.

To see the process performed up close by someone in the know, I went to have my tyres fitted by vastly experienced mechanic Gary Harris of Bristol Bike Centre, a Tannus stockist. With the help of an assistant, fitting took him over 45 minutes, probably putting Tannus out of the question for the regular home mechanic. 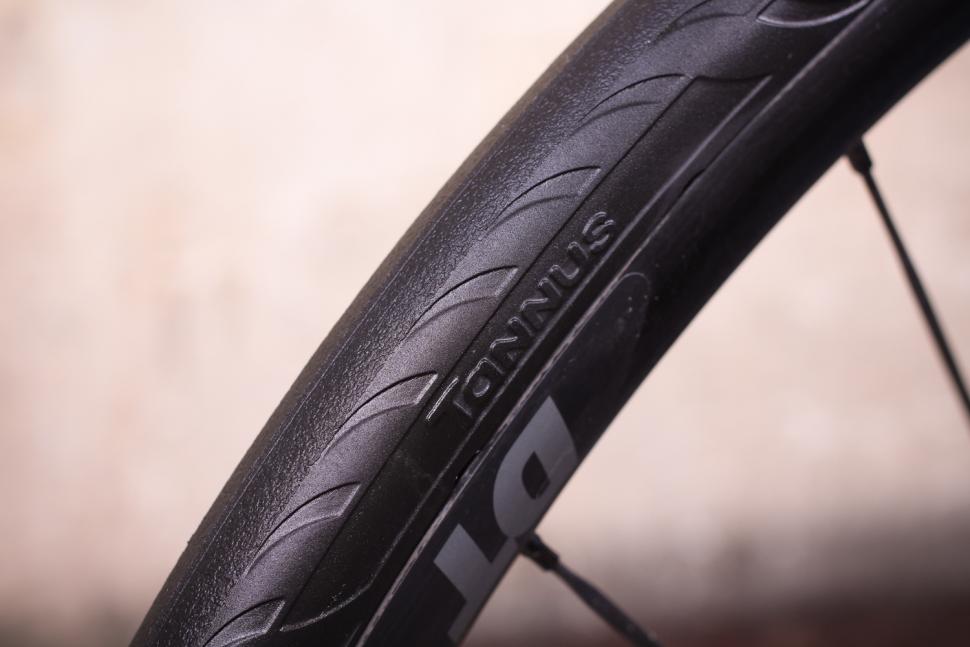 Tannus itself told me the fitting process could take a simple soul like myself up to two hours to fit. Now, for Tannus's target market of those who are either unwilling or unable to fix a puncture, and having seen the fitting process, it's likely that in 99 per cent of cases Tannus customers will roll up at a bike shop complaining about punctures, be recommended solids and have them fitted by a mechanic. At £49.99 a tyre and assuming at least a £10 labour charge, that pushes Tannus over the £100 mark. But considering they're built to last for thousands of miles, that's reasonable value in the long run.

On my initial flat ride home I was pleasantly surprised. It took until I hit a bit of rough road to even feel anything different at all, but as soon as I did, and when I hit a hill, that's where they started to show their weaknesses. When riding up an incline I could actually hear them sticking to the road, and it completely takes the wind out of your sails. It sounded like they were folding underneath me, and I could really feel my weight through the front end of the bike.

Then, there's the comfort issue. Obviously there's less cushioning between you and the road on solid tyres, and boy did I feel it. My cycle path route to work has a cattle grid on it; it was a tooth-rattling ride over that on these tyres.

The huge vibrations I felt led me to wonder whether I was actually damaging my rims, but after checking my spokes after most rides, and getting a second opinion from a mechanic, it appears they have caused my wheels no damage at all.

On a positive note, the grip is decent, and I didn't have any problems riding them in the wet at all. In terms of performance compared with a clincher, tub or tubeless tyre, I'd say grip is where the Aither 1.1s come closest to matching up and even surpassing some.

Though Tannus claims rolling resistance has been reduced on the Aither 1.1, I had a strong feeling they weren't anywhere close to the speed of a clincher, but wanted some evidence to demonstrate this. To do this, I rode the traffic-free section of my route to work with Favero's Assioma dual-sided power meter pedals, aiming for the same power, on successive days, with the Tannus tyres the first day and a control clincher tyre on the second, the Continental GP4000s II.

On both runs, I used a Canyon Endurace AL Disc 7.0 and the same clothing.

On the next morning, with a slight wind penalty compared to the previous day, I rode the same 14.7 miles in 43:37 at 20.3mph, putting in an extra watt for an average weighted power of 238 watts.

Though this test wasn't completely accurate by any means, it demonstrates what you can expect from them compared to a clincher: a speed loss of nearly 1.5mph, and this on a flat route; from my experience, it would be worse on a ride with a lot of climbing.

> 15 of the best winter tyres for road bikes

My speed comparison test is probably of little relevance to the people who need these tyres: commuters who are city based (in a mostly flat city) and weekenders who have no interest in performing any type of bike maintenance, even pumping their tyres up, whenever they go for a leisurely spin.

What this test and my other 200 miles-plus of riding on them do show, though, is that they aren't for anyone who has any interest in average speed, or anyone who can fix a puncture on a standard clincher in 10 minutes or less. I can generally fix a flat in four minutes or less if I have a CO2 canister handy, so I could theoretically puncture every single day and still get to work and back quicker on a clincher – which means, practically, I couldn't justify running the Tannus tyres on my bike.

One thing the tyres do provide is a very tough workout, so it could be said that there is a small market for those who want to use them exclusively over winter and feel some extreme psychological benefits when they switch back to race tyres – presumably the motives behind the Ukrainian national team and the pro triathletes who use them.

In summary, despite the improvements to the latest Tannus road tyres, I don't think the Aither 1.1s are about to replace air-filled tyres on road bikes any time soon. For now at least, if you want a faster road tyre with increased puncture protection, check out our guide to going tubeless.

Impressive grip but frustratingly slow and difficult to fit; commuter-friendly, but not viable for most road cyclists

It's "the most modern solid tyre in the world."

Made from 'Aither', a micro closed cell polymer resin developed by Tannus

Rate the product for quality of construction:
5/10

Built to last but not to go fast, contrary to promises of performance improvements.

Rate the product for performance:
4/10

Good on the flats and at a leisurely pace, but you can feel every vibration through them, and the slightest hint of a hill felt like riding through treacle.

Tannus claims 1.5mm of wear after riding 9000km. You can't argue with that.

Heavier than a standard clincher and tube combination, but arguably lighter than carrying spare tubes and tools.

Rate the product for comfort (if applicable)
2/10

A long way to go until they match the comfort of a clincher, tubular or tubeless race tyre.

A bigger outlay, but in the long run cheaper than running most regular road tyres.

Obviously they're puncture proof, and the grip is reasonable, but they're frustratingly slow and harsh.

Not having to worry about punctures, of course!

The harsh feeling and the lack of momentum when you hit a gradient.

Did you enjoy using the product? Sometimes...

Would you consider buying the product? Personally, no.

Would you recommend the product to a friend? If they were commuting in a flat city and were averse to performing any sort of bike maintenance, then yes.

It's a difficult product to score definitively, because it's horses for courses... As solid tyres go they're an improvement, but the Tannus Aither 1.1s in their current guise aren't the answer in the battle against punctures for road cyclists. 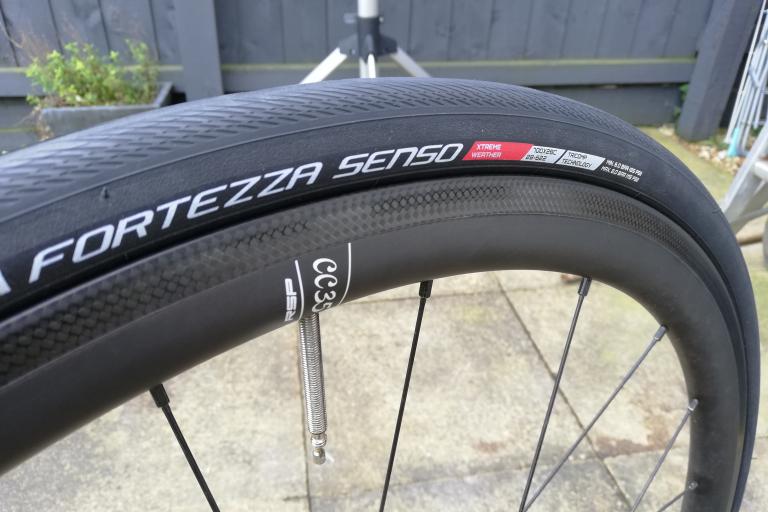 Durable and reliable tyres for your winter race bike 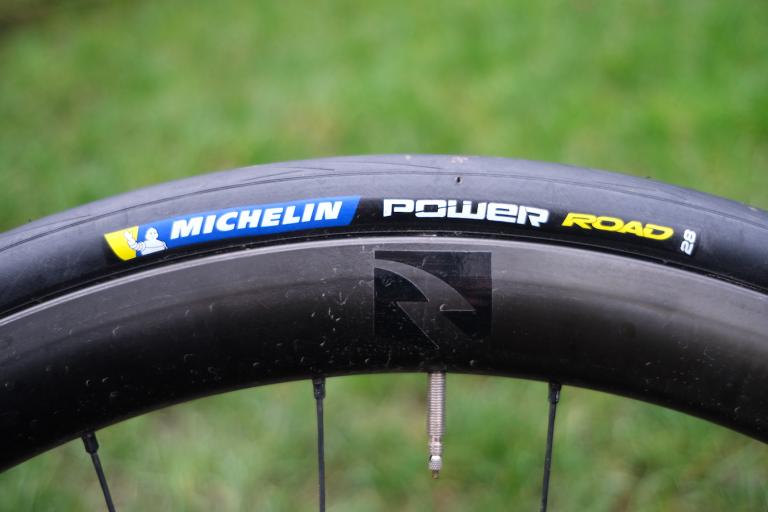 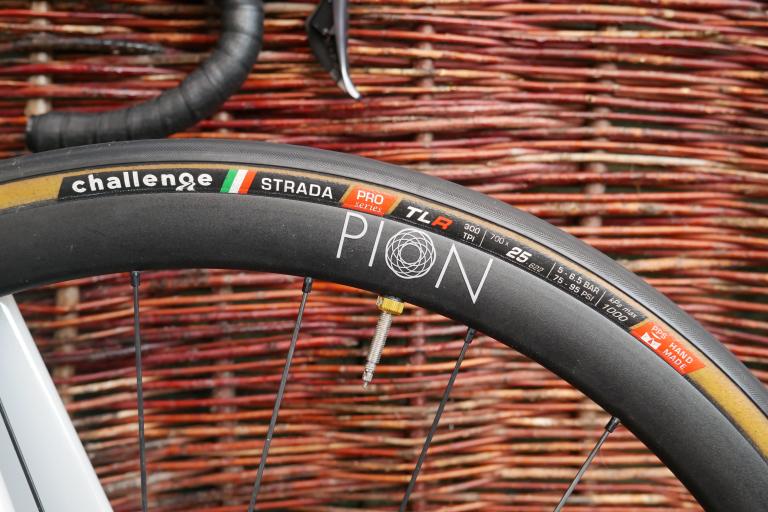 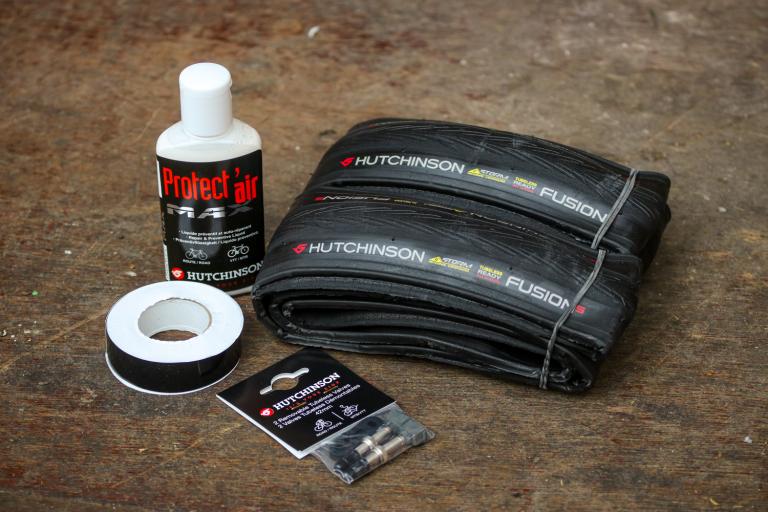 Fast, grippy and durable tyres with everything you need in the box for easy tubeless installation