8
10
Volume 7 of Simon Warren's admirable tour of the UK tests your legs in England's most remote hills with his usual enthusiasm
Weight:
141g
Contact:
www.quartoknows.com
How we test

If you don't enjoy wrenching your bike up 20 per cent gradients while being battered by winds whipping down off Cross Fell, look away now. Simon Warren's Cycling Climbs of North-East England refuses to ease up on the out-of-the-saddle suffering.

With the end now in sight for Simon's epic enterprise (this is seventh in the eight-book series), the author returns to Northumbria, where not only are the climbs hard, they also have to be tackled in a short-sleeved jersey, even in January. 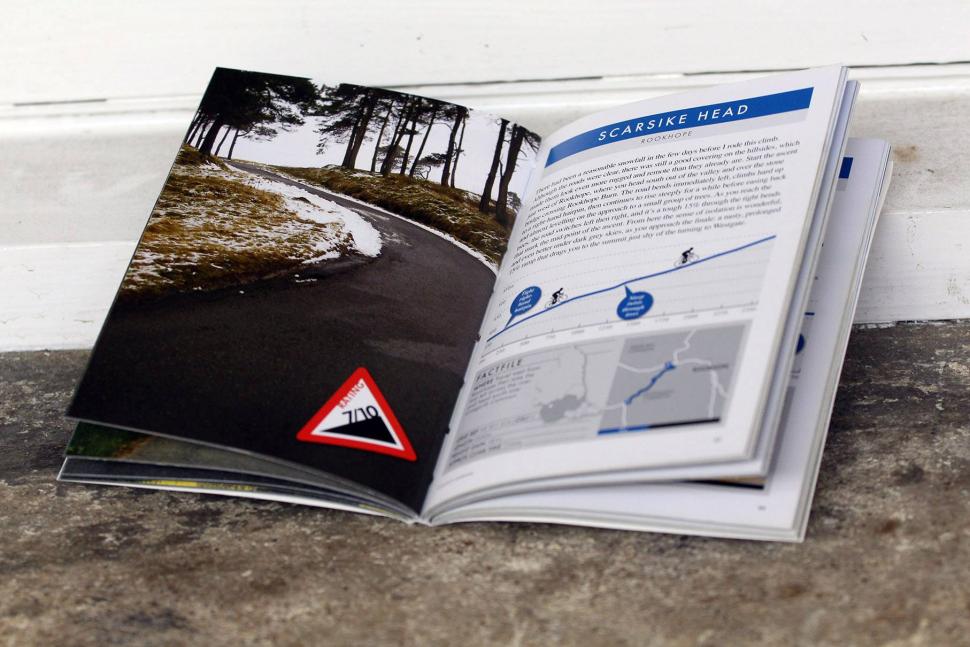 Mr Warren begins the book on an apologetic note, claiming, 'I somewhat overlooked the North-East of England when I wrote 100 Greatest Cycling Climbs.' Actually, I was surprised at how many climbs from the region made it in, given how little-known is the quality riding on offer. In any case, this volume fills most of the gaps. As usual there's always scope for argument and, given that the book only has 128 pages, there are some omissions. Earlier books in the series ran to 176 and I wonder whether the publishers have decided to reduce the size rather than increase the price, like a kind of hill-climbing Toblerone.

The riding on offer ranges from the North Yorkshire border (The Stang, the hard way), through Teesside, which should more properly have been included in the Yorkshire guide, but no doubt that was already full. North we go, through County Durham, Tyne and Wear and the vast reaches of Northumberland to the Scottish border at Carter Bar. That's a lot of terrain. I live in the region and even for me it's an hour-and-a-half drive to the northern reaches of the Cheviots so there's plenty in here I never even knew about. 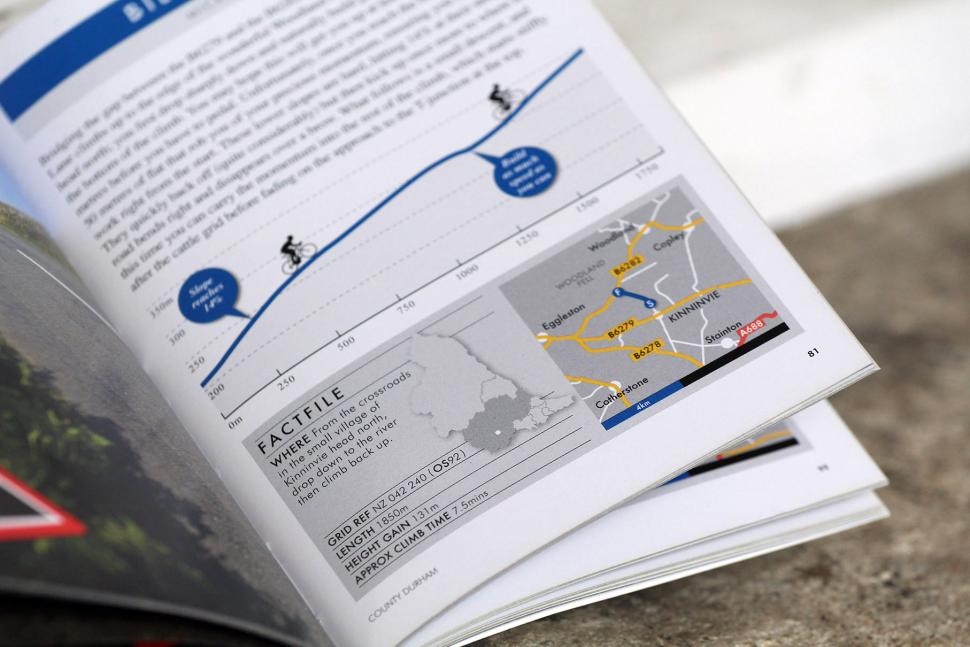 The meat-and-two-veg of the book are, inevitably, in the North Pennines. As Simon points out in his description of Middlehope Bank in Weardale, 'in the space of a few square kilometres, you will find arguably the highest concentration of killer climbs anywhere in England'. To prove the point, he gives a suggested loop that links six of the included climbs, uses three more in descent and packs 1,700 metres of climbing into a 74km ride. In Northumberland it is the climbing around Hadrian's Wall and Kielder that really stands out, with a number of respectable 6/10 ascents that will feel harder in a headwind. There are few roads that cross the Cheviots but there are several on the eastern flanks that make the cut, and around Wooler where the views into the hills are as good as the riding.

It's not all windswept moorland, though, as the book ventures into Durham City for some cobbled climbing, and the less-known valleys between Durham and the Pennines which are packed with tough challenges, as anyone who remembers The Beast sportive will tell you.

The last in the series, the North-West, will assuredly contain many better-known climbs than the current volume, but less of the peace and solitude.

"When it comes to choosing a top cycling destination, there are three key ingredients to keep in mind; beautiful landscapes, empty roads and, of course, killer climbs. North-East England, from the Pennines all the way up to the border with Scotland, has all three in spades. Among its classic climbs are Chapel Fell and Crawleyside in County Durham and the brilliant Plenmeller Common and Prospect Hill of Northumberland. In fact, whichever county you pedal into, you're never too far from a real challenge, and a cycling trip to remember."

If you are looking for cycling challenges in North East England, you won't find better than this.

A paperback book that will fit in your cycling jersey but is unlikely to survive a soaking.

If you do choose to take the book with you, it's small and light enough.

Like the Scottish guide, this volume is thinner than the earlier books in the series. Still low-cost and well worth it.

Like all the books in the series, some of the photos lack interest.

If you've been collecting the series so far, Cycling Climbs of the North East is more than just a book to make up the numbers. Yet more top-quality inspiration for keeping the pedals turning.