Spain to Norway on a Bike Called Reggie

Spain to Norway on a Bike Called Reggie is the third book by Andrew P Sykes about his travels on a bike. Told with dry wit and light-hearted humour, it might be the one that will make his writing better known to both the cycling community and even the general book-buying public.

If you were asked to name any author (or authoress) with three published travelogues about cycling to his (or her) name, most people's list would probably begin and end with Tim Moore. Like many others, I'm a fan of Moore's work – he features twice in our 'recommend library' – so any similar work is to be welcomed.

It came as a surprise to me that there is an author who can be compared to Moore for both quality and quantity of output, as until recently I had never heard of him or seen his work. Sykes is one of a growing list of intrepid cyclists who undertake an epic trip and then write a book about it. It started with Crossing Europe on a Bike Called Reggie in 2011, and this was followed in 2014 by Along the Med on a Bike Called Reggie. Both are still available and, as Sykes explains here, there have been reprints, translations – and one big change that might explain why Sykes has only just come to my attention: a publishing deal. After choosing the self-publishing route for his first two books, Sykes has teamed up with leading publisher Summersdale for this third one, and is no doubt benefiting from the marketing and exposure it can achieve.

Other than that, the books follow a broadly similar formula, and – as with Moore – if you like one you will like the others. Part of that formula is the use of tried and tested equipment on all three trips, including Reginald the (modified) Ridgeback Panorama touring bike. By making this choice, Sykes reduces the possibility of having the sort of mishaps that Moore seems to court by using unsuitable bikes – which is probably just as well when you read about his mechanical incompetence. Even the simple act of pumping up tyres with a Presta valve used to defeat Sykes, although by the third book he could at least change a tube. 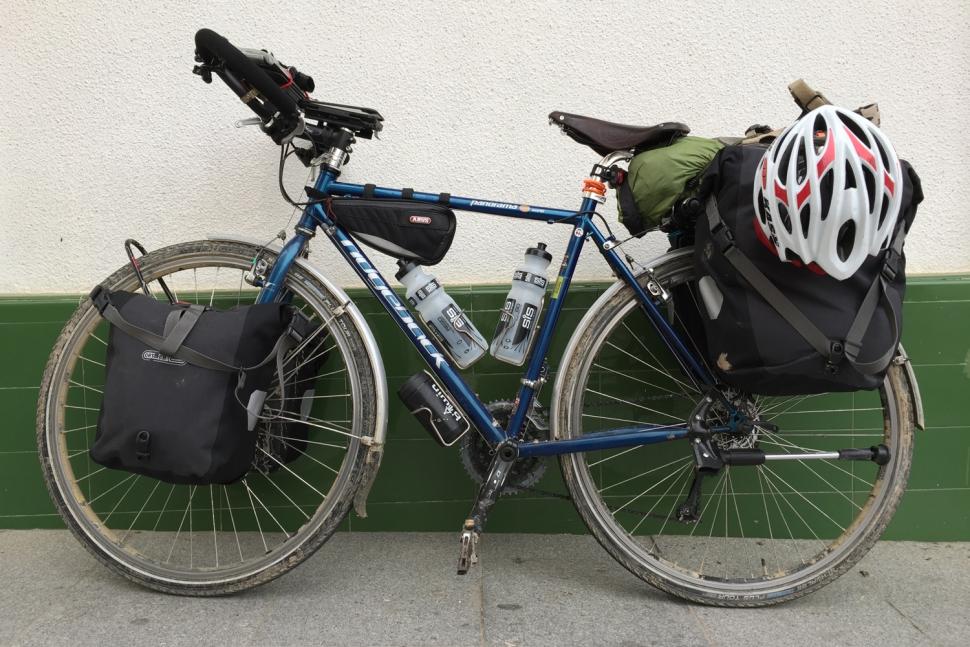 That still leaves scope for comedic material among all the other challenges that adventure cyclists often face, such as accommodation, food, weather, terrain, dogs, language, maps, officialdom, and so on, and this provides Sykes with plenty of stories to tell with dry wit and lighthearted humour.

Although the primary function of such a book is to entertain, it might also inspire you to tackle a trip yourself – and this is helped by the inclusion of a few small but well-chosen images inside the front and rear covers that make you want to be there. Sykes spends considerable time telling us about being a tourist and his sightseeing, and not so much about being a traveller on a bike hoping to meet a deadline or trying get somewhere – which should broaden its appeal beyond those with an interest in cycling. If you wanted to recreate his actual journey you could not rely on this as a guidebook, but you would pick up a few tips. One such might concern the slightly vague rules surrounding the wearing of cycle helmets in Spain – which seemed to be news to Sykes, despite him having cycled across Spain as told in his second book. In summary, since 2004 it has been 'compulsory in the country side, but not in urban areas', with three exemptions: 'during periods of excessive heat ... [or] if you are a professional cyclist ... [or] on steep hills'.

Like many others, Sykes makes good use of the European Cyclists' Federation's growing network of EuroVelo routes, which might help with the route planning but will make your trip less original. 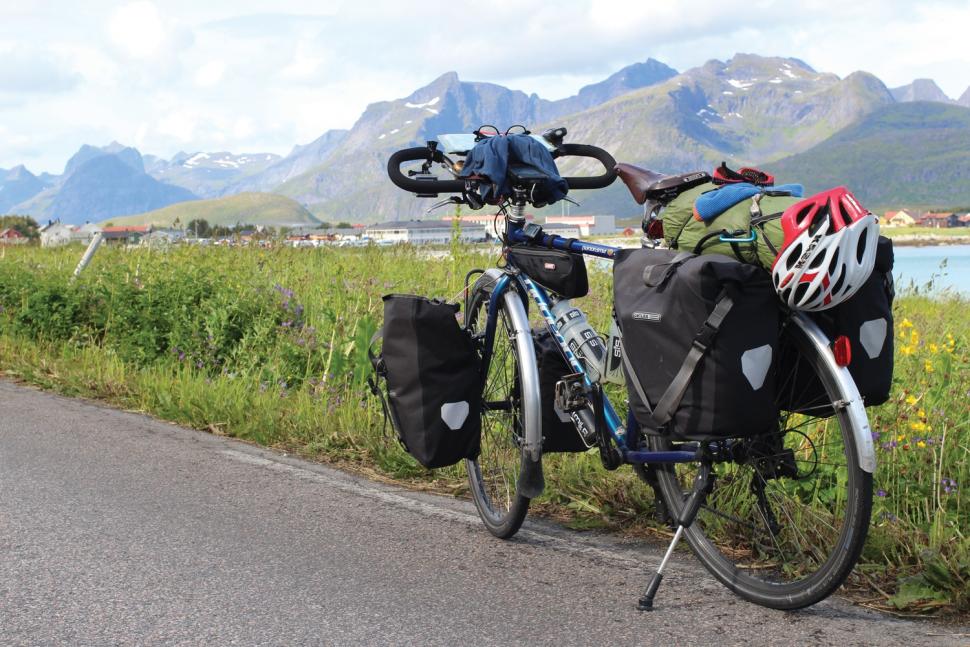 Over the three books, the increasing use of gadgets has had an impact on Sykes' travels, but not always for the better: from GPS, through iDevices, to a GoPro camera, it means that his trips are sometimes 'delayed by considerable fiddling'.

One requirement of a good travelogue is to encounter noteworthy – and unexpected – challenges on your trip, which you can overcome and then make light of in the book; fortunately Sykes possesses the (relatively) unflappable disposition necessary to handle such adversity. For example, he wanted to start his ride at the true southernmost point of Europe, but it was in a military base and not accessible by the public. After much negotiation he gets permission to enter, on condition that he 'realise a project aimed at promoting environmental understanding and education.'

He fulfils this obligation by requesting that 'once you've finished reading this book, please make sure you recycle it'. Actually, if you are going to do that you might be better off just going for the cheaper Kindle version at £3.99.

I believe that both Moore and Sykes are already working on their next trip; I don't know who will be the first to publish, but on past performance I expect both will be welcome additions to the fold.

Entertaining and credible alternative to many better known cycling travelogues

Make and model: Spain to Norway on a Bike Called Reggie by Andrew P Sykes

With two European cycling adventures already under his belt, Andrew was ready for a new challenge. Exchanging his job as a teacher in Oxfordshire for an expedition on Reggie the bike, he set off on his most daring trip yet: a journey from Tarifa in Spain to Nordkapp in Norway – from Europe's geographical south to its northernmost point.

Join the duo as they take on an epic journey across nearly 8000 km of Europe, through mountains, valleys, forests and the open road, proving that no matter where you're headed, life on two wheels is full of surprises.

Andrew P. Sykes is a writer and cyclist. He is also a lover of those quirky, humorous travelogues that meander comically from one minor adventure to the next, and so writing about his own cycling adventures seemed the natural thing for him to do.

When not writing and travelling, Andrew edits a popular cycling website, CyclingEurope.org, where you will find more information about his journeys and cycling and travel in general. For more details, visit apsykes.com, the Cycling Europe on a Bike Called Reggie Facebook page, and follow Andrew on Twitter @CyclingEurope.

Title: Spain to Norway on a Bike Called Reggie

The lack of detail about the cycling and the bike might broaden its appeal beyond cyclists.

The lack of detail about the cycling and the bike might reduce its appeal to cyclists...

It's very entertaining and readable.