8
10
A rare insight into the personal collection of cycling memorabilia from a high-profile collector
Weight:
1,655g
Contact:
www.thamesandhudson.com
How we test

Paul Smith is best known for what? For some it will of course be for his day job as a fashion designer, but for others it may well be for his interest in music or cycling. It was that interest in cycling that led him to build up an eclectic collection of cycling 'stuff', some of which is given an airing in this book, Paul Smith's Cycling Scrapbook (which we first announced here).

His job may have earned him enough money to be able to indulge in his passions to the extent that we see here, but you don't get to build up such a diverse collection of cycling ephemera without having a genuine love of cycling and a good understanding of the sport. Journalist Richard Williams edited the book, having been asked by his friend Smith to rummage around his collection and dig out some highlights.

While the book is not a full biography, it does cover some parts of Smith's youth, starting with the riders he followed during his formative years: Eddy Merckx, Fausto Coppi, Jacques Anquetil, and Tom Simpson, for example. An enthusiast won't learn much new from the limited writing about each rider, but you will get a sense of a young boy's passion for his sport.

As well as cuttings and covers from various magazines of the time featuring his 'Heroes', probably the highlight of the book for me was the inclusion of impressive oil paintings of each one in this section by Karl Kopinski, which were created for an exhibition with Paul Smith in 2014. You can see more of them here, as well as some of his other works. It is a similar situation with the category 'Great Races': little that is new in the writing, but his interest in the events shines through and is well-supported by a diverse range of adverts, articles, and photos.

Smith's love of cycling even extended to a desire to race professionally, but when he was 17 a life-changing crash when out cycling resulted in 'a lot of broken bones' and three months in hospital. Temporarily cut off from cycling, he 'found his life taking a different direction' into clothing and design.

Given what he does for a living it should be no surprise that Smith has a rather splendid collection of cycling jerseys, with many striking designs pictured that were new to me. He buys up old jerseys in his travels around the world, but as his connections in the sport grow, current riders have started giving him some – and of course signing them. 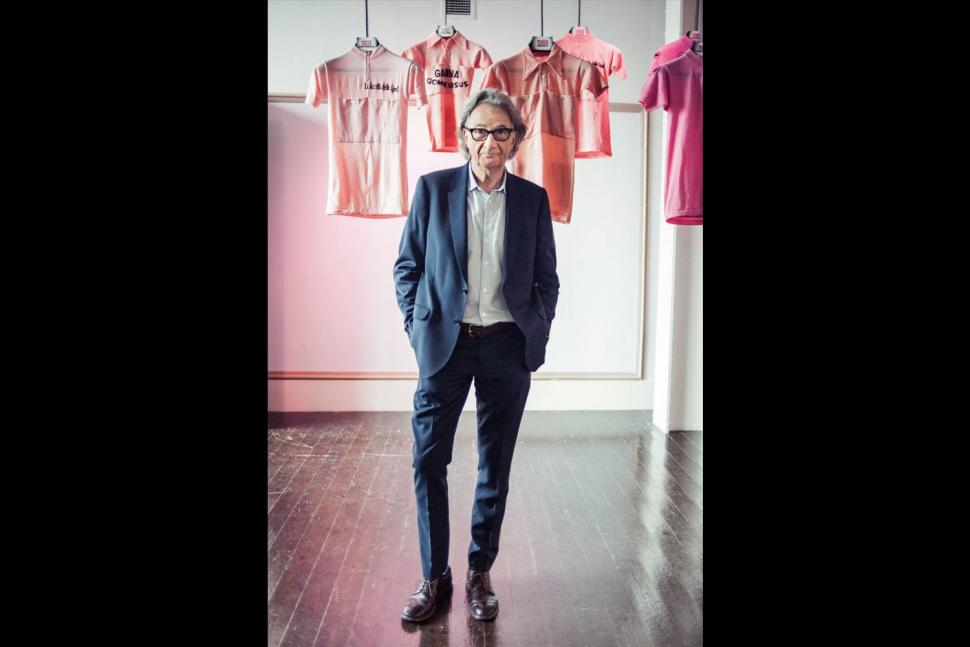 Smith notes that 'I'd never seen writing on clothing before I saw cycling jerseys'. He laments the plethora of logos that work against the restrained style he likes to see on cyclists – and feels that 'you can see from the success of Rapha and other companies that people today would like to get back to that simplicity'.

It must have been Smith's dream job to be asked to design all the leader's jerseys for the 2013 Giro d'Italia; apparently 'it's not as simple a job as it might seem', but given that 'the colour and sponsors' logos' are already specified it is perhaps no surprise that (to me at least!) the result looks remarkably similar to every other year – except for the trademark 'band of multicoloured stripes' on the left sleeve.

Smith's bike collection looks to be as desirable and varied as his jersey collection; there are some interesting stories about how he acquired them, but don't expect any technical details about the bikes. It's not that sort of book. 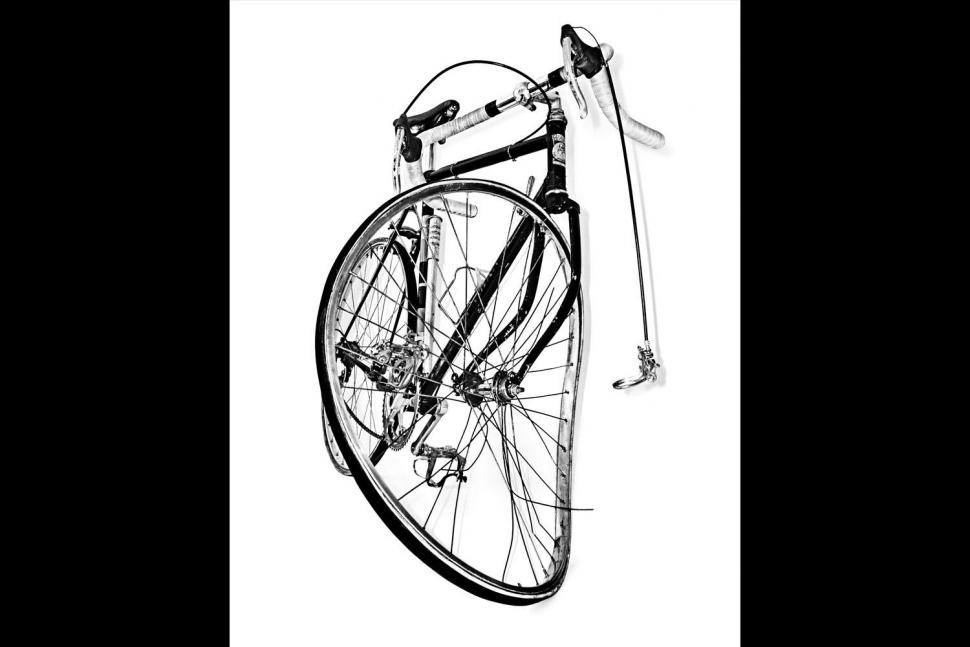 I really enjoyed the chapter called 'Contemporary Heroes', in which Smith writes about his relationship with some of the names that have been involved in British cycling recently, such as fellow knights Chris Hoy and Dave Brailsford. We learn that Nicole Cooke 'is studying for an MBA', Victoria Pendleton 'did a work placement here after she retired', and that Bradley Wiggins is 'exactly the same inside-leg size as me'.

David Millar seems to enjoy clothing and dressing up, and Smith jokingly notes that Millar 'might turn out to be a dangerous competitor' – but he still asked him to write the foreword for the book, which Millar calls a 'love-letter to cycling'.

The book is big, often colourful, and always varied, and gives enough insight into Smith's life to appeal to his devotees. There is also enough here to appeal to fans of the sport, especially those whose interest in cycling developed at the same time as Smith's.

Had it not been for a serious crash in his teens, the fashion designer and style icon Paul Smith might have pursued a career as a racing cyclist. His sporting ambitions cut short, after a six-month spell in hospital he opened a small boutique in Nottingham in 1970. Today Sir Paul Smith is one of the UK's leading designers, but he has never forgotten his love of cycling and has maintained a passion for the sport. In 2013 he was invited to design the legendary maglia rosa – the pink jersey worn by the leader of the Giro d'Italia – which was blessed by Pope Francis I and presented to the winner.

This scrapbook showcases Paul's favourite people, races and places in the cycling world through the images and personalities that inspired him. From his collection of cycling jerseys and his extensive library of cycling publications of the 1950s and 1960s to the inspiration he found in early heroes such as Fausto Coppi and Jacques Anquetil, his collaborations with bike-makers (Mercian, Condor, Gary Fisher and Pinarello) and his friendships with contemporary stars of the road and track, including David Millar, Bradley Wiggins and Mark Cavendish, this is a personal and highly visual journey that connects Smith's love of cycling with his love of design.

This is not merely a book about one man's enthusiasm for a sport, but an insight into the people, stories and imagery that have profoundly influenced one of the most successful personalities in the design world.

Sir Paul Smith is one of the UK's pre-eminent fashion designers, successfully exporting British style throughout the world. Richard Williams, the book's editor, is a former chief sports writer of the Guardian.

It's big, colourful, and varied.

The oil paintings of each of Smith's heroes by Karl Kopinski.

Would you recommend the product to a friend? Yes, if they like Paul Smith...

The book will appeal to many fans of the sport, but if you are a fan of Paul Smith as well it would justify at least one more point.