The Racer: Life on the Road as a Pro Cyclist by David Millar

8
10
A different kind of book about pro cycle racing, and I doubt that many riders could make such a story as readable as this
Weight:
300g
Contact:
www.randomhouse.co.uk
How we test

Prepare yourself: whenever David Millar's name is mentioned, there is a good chance that someone will get upset because of his past misdemeanours, which we then get to see in the comments section. Perhaps with The Racer: Life on the Road as a Pro Cyclist, the reaction will be different.

With Millar's first book, the 2011 autobiography Racing Through The Dark, I felt that it was justifiable to have some misgivings: you were effectively rewarding him for having doped by buying the book – but at least you knew that was the position before you started, unlike some other biographies which were later shown to be a work of fiction and so were bought under false pretences.

This second book is less an updated autobiography, more a fascinating insight into the life of a seasoned pro cyclist. Millar is not covering his doping crimes here (or anyone else's), and so is not benefiting from selling that story: instead, we get the revealing thoughts of a battle-hardened veteran on his last tour of duty.

Using his own timeline of chapters, this book covers the end of chapter two, and the beginning of chapter three. It should have told us about his magical final year and his "five principle goals: Paris-Roubaix, Tour de France, Commonwealth Games, Vuelta a Espana, and the World Championships".

He even had the special shoes prepared to accompany each final race appearance.

As is now well documented, his final year did not go according to plan when he was not chosen to ride at le Tour, and I hoped that the book would tell us the full story behind his non-selection. Bear in mind that he had been with Team Slipstream from the start, and his “involvement was so important that I was made a part-owner of the team”; he even hoped to carry on working with the team after his retirement.

We do indeed get a very full account of what happened and what Millar felt about it at the time. There are quite a lot of swear words used to help explain just how angry he was, and the irreparable damage done to his relationship with friends and business partners Charly Wegelius, Jonathan Vaughters and Doug Ellis. A sad way to end an important part of his life. It won't be the first time that a rider's retirement has not gone according to plan, but few have the chance to tell the story so thoroughly and eloquently.

It is clear from the projects that Millar has been involved in since retiring that he has moved on, becoming involved with a wide variety of activities – none of which have any connection to his previous team.

One of those projects was working with ITV4 at what should have been his last Tour. If you appreciated his informed commentary during the programmes then you will have a good flavour of what to expect from the book. I thought that Millar talked a lot of sense at the time, and in this book he has the chance to give us much more information about what a pro experiences before, during, and after a race.

Take, for example, his analysis of the effects of crashes and their primary causes, which are:

6. Close proximity to anyone going through the above five”

We read his thoughts about how crashes are just accepted as a way of life in the peloton, and why the number and scale is increasing. We don't always appreciate how hard (and even dangerous) life can be as a pro, and you can tell that he is glad to be escaping that part of the job.

Perhaps in preparation for this book, Millar sent postcards throughout the season – ostensibly to his two young sons, although at ages one and three I doubt that they fully appreciated the significance. Reading them feels a bit like looking through his diary, and fortunately he has very neat handwriting. 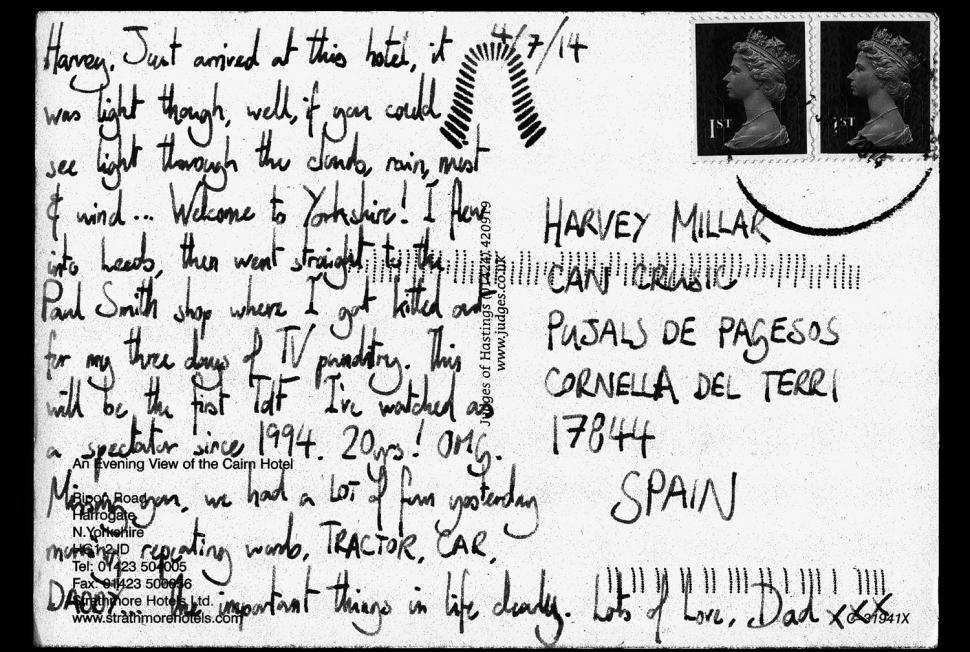 This is a different kind of book about pro cycle racing, and I doubt that many riders could make such a story as readable and informative as Millar.

A different kind of book about pro cycle racing, and I doubt that many riders could make such a story as readable as this

Make and model: The Racer: Life on the Road as a Pro Cyclist by David Millar

Millar offers us a unique and powerful insight into the mind of a professional cyclist during his last year before retirement.

Subscribe
The Racer: Life on the Road as a Pro Cyclist by David Millar
David Millar