Shoulder to Shoulder – The Horton Collection

9
10
A great selection of inspiring images from professional cycle racing of yesteryear
Weight:
400g
Contact:
www.cordee.co.uk
How we test

Here is a publication that satisfies most of the criteria for a coffee-table book: it is dominated by high quality photographs with minimal supporting text, it merits repeat viewings, and it will be a talking point. However, given its dimensions (21 x 19cm) it should perhaps be more fairly described as a compact coffee-table book, and this is reflected in a price that is more accessible than normal for the genre.

Some of you may be familiar with this book's predecessor, which came out last year: Goggles & Dust presented 100 'rarely seen...and lovingly restored images' that covered professional cycle racing mainly in the 1920s and 30s. This book builds on that with 100 'carefully restored and exceedingly rare images', this time from 'the Age of Anquetil', covering half of the 1950s and all of the 60s.

This book is not really about Anquetil, but more about professional racing at the time he was active. It contains two images that effectively bookmark his career: at the start of the book he is pictured alongside Fausto Coppi, and then at the end he is alongside Eddy Merckx for another 'changing of the guard'. In between these, Anquetil appears on about a third of the pages. 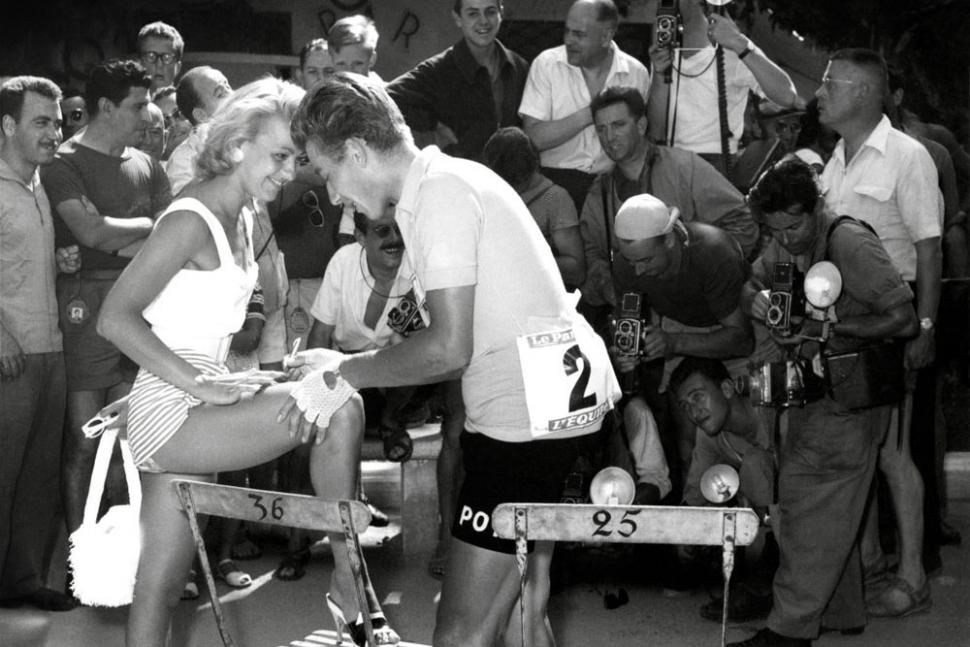 For me, one improvement over the previous book is with the captions. Both books include a brief description alongside the image, but the newer book provides useful additional information at the end of the book as well.

There is an interesting background to the book: Brett Horton and his wife Shelly started collecting original photographs as a means to identify their collection of race jerseys, and prove their provenance. They have now ended up with over 350,000 photos, and from that 100 have been chosen to feature in this book. 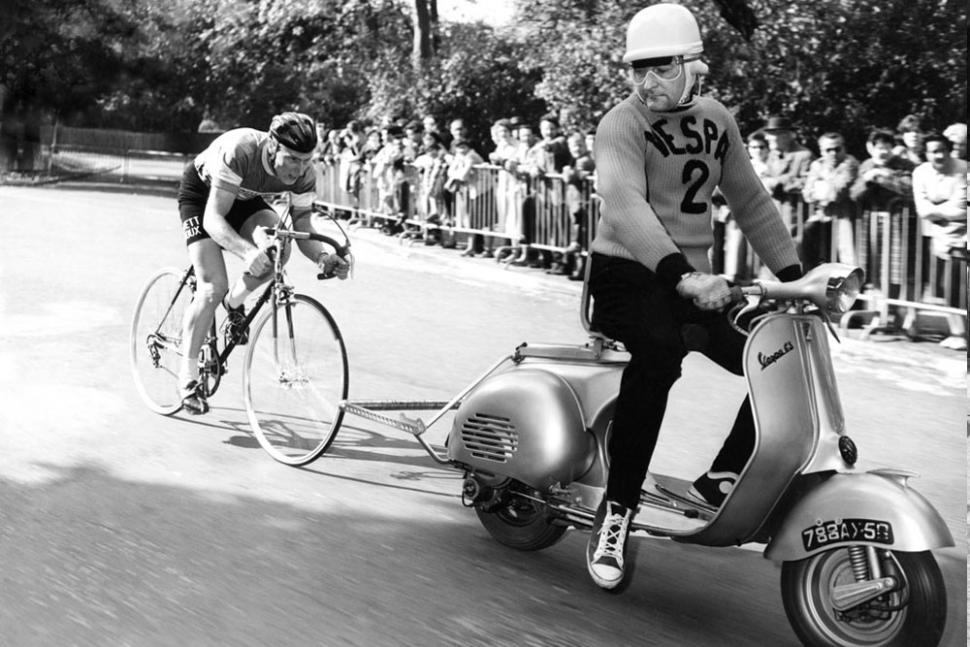 The problem for the Hortons is that their collection of prints and negatives is gradually deteriorating – adding to any damage already present. Once the chosen image has been digitised, it has been 'saved', and it then benefits from a certain amount of restoration to bring it to 'as new' condition. This explains the absence of the sort of flaws that you normally see on photographs of this age. In the meantime the original remains unimproved – and, of course, less useable. If you fancy trying a similar project yourself, the Hortons are currently selling off surplus 'original vintage photographs'. Find out more here. 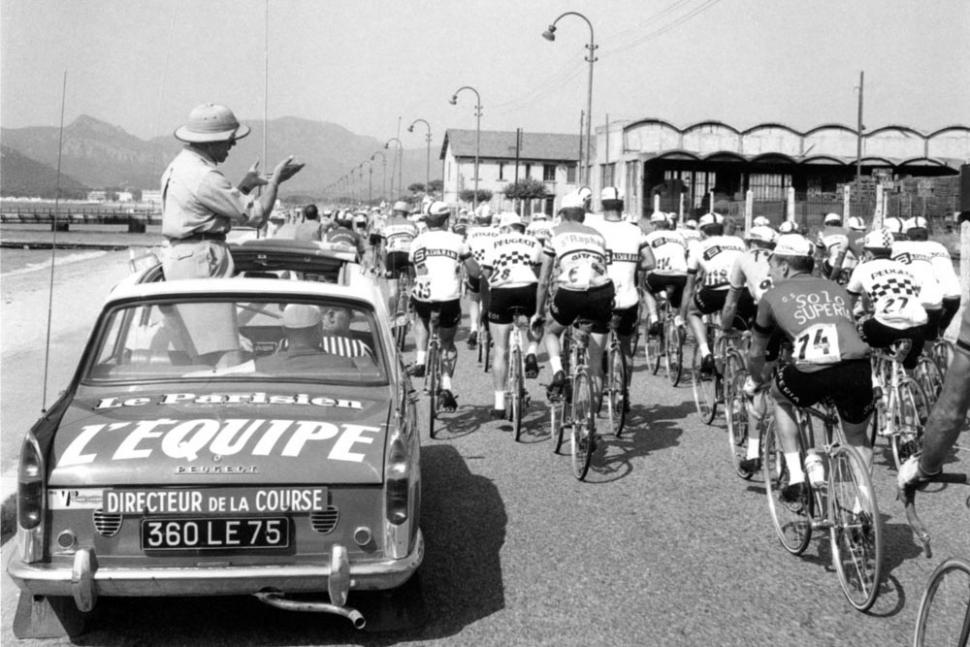 The selection of images shown here give you a good idea of what to expect from the book, although most of them only show the fun and glamour of the sport. There are plenty of others in the book that show the inevitable crashes, the basic technology of the bikes, the inhumane road conditions, or even the questionable ideas on nutrition; it was certainly a sport for hard men. Many of the images make you feel that you are there yourself, but in most cases you are rather glad that you are not.

> Check out the road.cc People's Choice of the top five best cycling books

Here is a great selection of inspiring images from professional cycle racing of yesteryear. There are clearly enough images left in The Horton Collection to do another book in this series, and for fans of cycling's heritage, the sooner it appears the better. 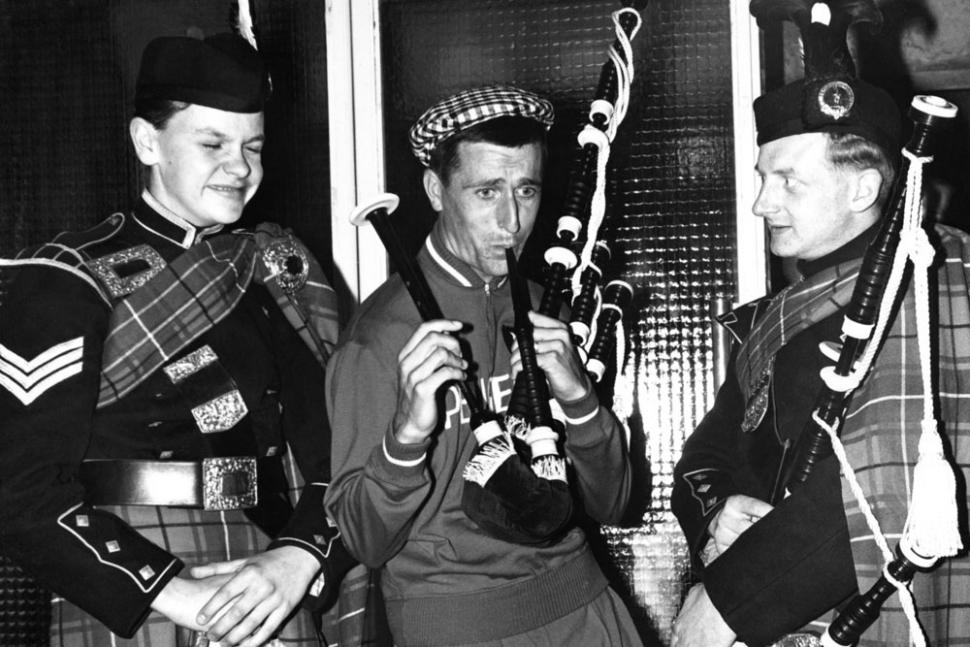 All images are republished with permission of VeloPress from Shoulder to Shoulder: Bicycle Racing in the Age of Anquetil, from the Horton Collection. See the book at http://www.cordee.co.uk/Shoulder-to-Shoulder---The-Horton-Collection-det-1-0-0-12530.html

Make and model: Shoulder to Shoulder - The Horton Collection