Bontrager's Affinity Elite Road Disc wheels are great rolling stock for a do-anything disc bike. They're strong and sensibly built, reasonably light and ready for both tubeless and thru-axle technologies.

In the box you get everything you need to set these up with either standard clincher or tubeless tyres, on a quick release frame and fork. There's optional thru-axle kits for the front (100x15) and the rear (142x12) and fitting them is just a case of pulling the hub apart and replacing the relevant bits. The rims have an offset spoke bed both front and rear, which helps to even out the tension in the 24 bladed spokes. This is fairly commonplace in rear hubs but less usual at the front, where the offset required for the disc mount affects the spoke angles. 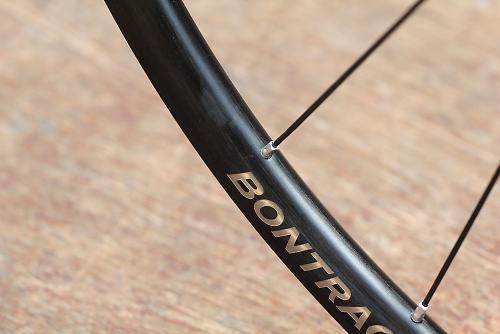 The 6061 aluminium alloy rim is a shallow section and disc-specific; there's no brake track. Outer width is a wide-is-the-new-standard 23mm, with a 17.5mm inner gap. You get a SRAM/Shimano 11spd freehub as standard and there's a Campag one available too; you can just pull one off and fit the other. The disc rotor mount is Shimano's Center Lock; bear in mind that because the front hub is designed to accept a 15mm thru axle as well as a quick release, that makes it too big to use a lockring that uses HG splines. You'll need to get one of the one that has Hollowtech II splines around the outside instead. I spent a reasonably long time faffing and trying to persuade the HG lockring on before I realised the other type even existed... I make these simple mistakes so you don't have to. 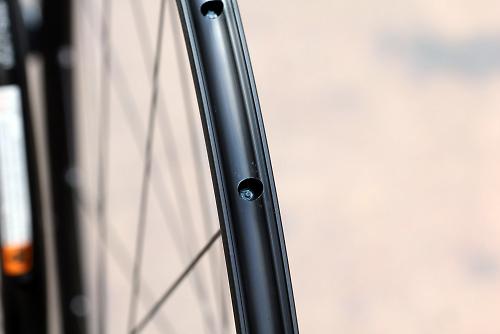 The Affinty Elites come with a standard plastic rim tape and also a tubeless kit which consists of a special rim strip to seal the rim and a valve with a removable core. So far as I can tell the rim strip is a fit-once affair, as to remove it – for instance, if you don't stick the valve through to make sure the hole is in the right place and it ends up all wonky – makes a mess of the fine edges that sit against the sides of the rim. And then it won't seal. I make these simple mistakes so you don't have to. Luckily I'm also testing a Bontrager TLR tubeless kit that had a couple of spares in. 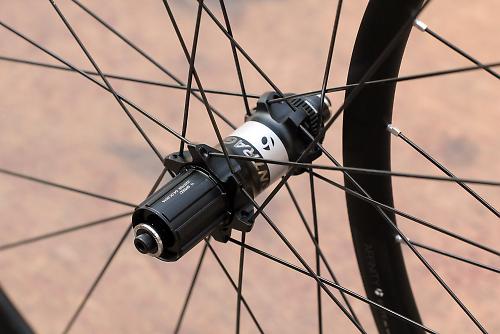 I've predominantly been using these wheels with tubeless tyres, and although I've had some issues with sealing it's mostly been down to the cock-up mentioned above, and the fact that I was a bit mean on sealant and didn't manage to seal the pores in the tyres themselves. The dunk-the-wheel-in-the-bath test revealed no leaks from the rim itself, and a bit of extra gunk inside has kept everything airtight. On the bike I've been very impressed with them. There's no rim brakes for them to rub on of course, but they feel solid and laterally stiff. Spoke tension is good and they've stayed true throughout testing. The bearings in the hubs spin well and there's been no water ingress during their time on the bike, that includes some very wet riding.

At less than 1,700g they're light without being super light. Disc wheels tend to weigh more than non-disc due the higher spoke count, the longer spokes in the front wheel (as you can't use a radial lacing) and the extra material in the hub body. Put into context, they're only 100g heavier than the Reynolds Assault Discs we reviewed earlier in the year, but they're giving away 160g to Novatec's CXDs we tested a couple of months back. Those are £200 cheaper. 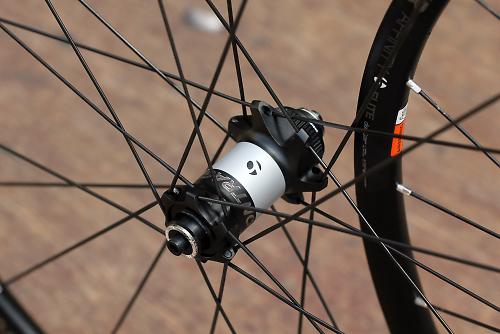 I haven't found the weight of these wheels to be an issue. They've been living on my Tripster ATR which is built up as a 10kg winter bike at the moment, and they're a great fit. Tubeless hasn't really taken off for the road, but these wheels and Hutchinson Sector 28 tubeless tyres (a separate review of them is coming) are an excellent winter setup. I've done some longer rides at a decent (for me) pace on the Tripster and the extra weight knocks off a touch of speed over a road bike, but it's not much and the trade-off – full mudguards, brakes that work all the time, no punctures (fingers crossed) – is well worth it for the winter. And probably the summer too, for longer rides and damp ones.

Since Ed reviewed the Novatec CXDs we've had to replace a couple of spokes one on the front and one on the back, so they're maybe not as reliable as he originally thought, but other than that they're wearing well. The extra heft in these Bontrager wheels makes me doubt I'm going to need to replace any parts in the near future. They feel solid, they roll well, they're ready for tubeless and thru-axles if either of those things are on your radar. As such, they're a good wheelset for an all-purpose bike or disc 'crosser, and definitely one to consider. If the price is a bit high then the next step down is the Affinity Comp TLR Road Disc: they're 100g heavier and the build isn't as nice – non-bladed spokes and a downgraded hubset – but you'll save yourself £200.

Feel the strength and confidence of disc brakes on the road. The tubeless ready Affinity Elite Disc offers consistent braking and all condition performance.

A good quality wheelset with a nod to emerging standards

Would you consider buying the product? Yes, but I might look at the cheaper Affinity Comp which isn't much heavier and £200 cheaper

Would you recommend the product to a friend? Yes, with the caveat above 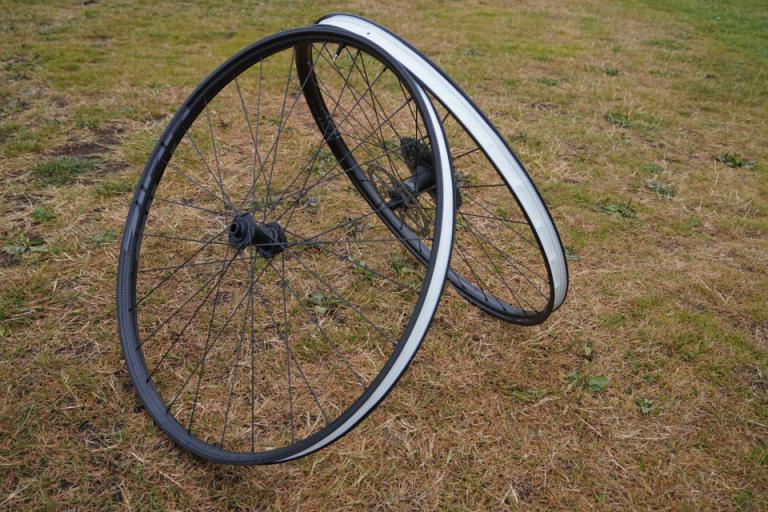 A premium, top-end product aimed more toward the average rider than pro 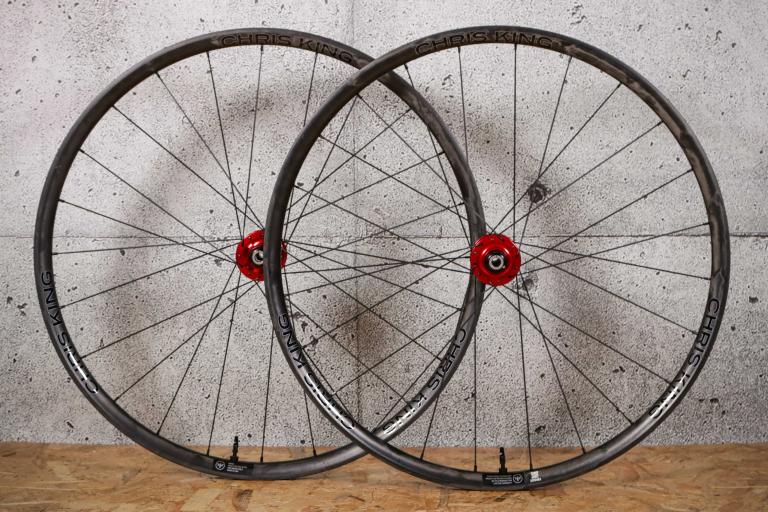 High-quality, innovative gravel wheelset offering a comfortable ride – but would you look at the price! 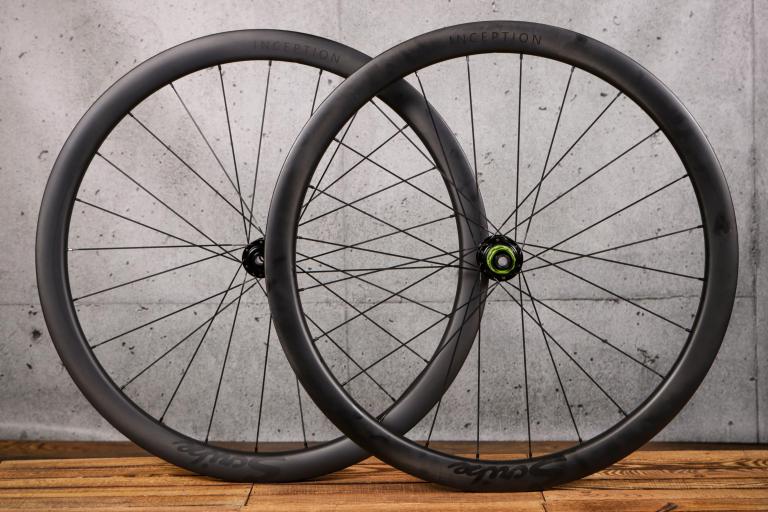 Well priced, well specced and an ideal place to start if you're upgrading to carbon 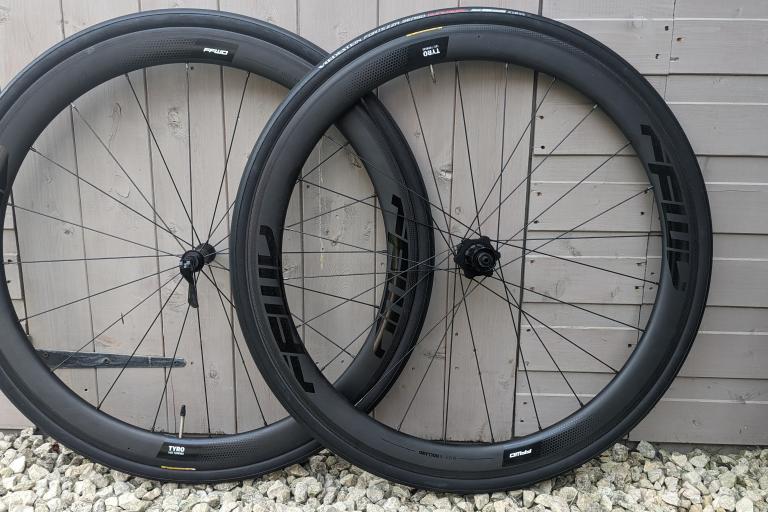