Aimed at the keen 'cross racer Merida's CC5 cyclo-cross bike tops the company's UK 'cross range in and packs quite a punch in terms of value for money and performance. This is a bike that gives you Shimano Ultegra at a price at which 'cross bikes usually come specced with Shimano 105. Better still though, it's a great bike to ride. 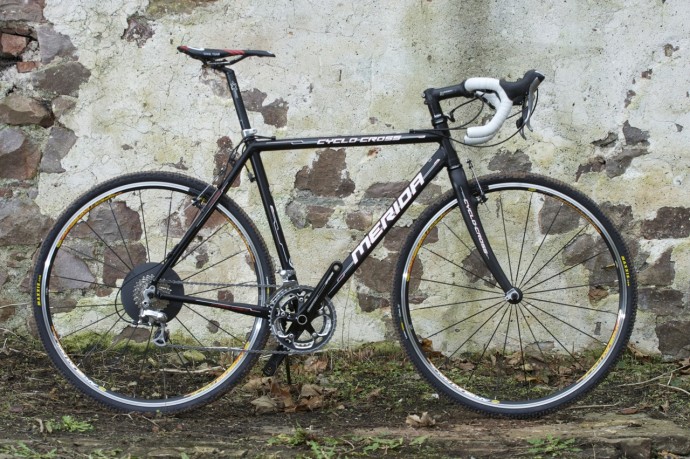 With its generous tyre clearances, cantilever brakes, high bottom bracket, and a more upright position the cyclo-cross platform does lend itself to loads of other uses – they make great urban bikes. Entry level 'crossers tend to play to this strength often with a more road-going 50-34 chainset and braze-ons for mudguards and racks. If you're new to 'cross or just want to try it, this set-up makes sense, but if 'cross is going to be your sport you want a pure 'cross machine - something that can cut it in the mud. Aside from the CC5 Merida also bring the CC4, (Shimano 105 matched up to an FSA Omega 50-34 chainset), and the CC3, Shimano Tiagra with the same chainset, into the UK.

The CC5 is a bike for the committed racer. There are no mounts for mudguards or a pannier rack, and the 46/36 chainset configuration looks to have been specifically, er, geared for racing. Looks are subjective but the matt black frame finish and white and red decals works for me, the white bar tape, even though not the most practical colour for muddy conditions, adds to the eye-catching effect.

Surprisingly comfortable for a start. This is an aluminium bike but it was a revelation over rough ground and bumps. When riding aluminium framed bikes on the road I would normally be swerving potholes and the like but this one took them well, absorbing and dissipating shocks rather than transferring them through the handlebars or seatpost to me – it felt more like riding a titanium-framed bike. And before you point out those larger volume 32C 'cross tyres, I wouldn't just put the ride down to them either, this is certainly a more comfortable bike to ride than my own Focus 'crosser.

One of the big reasons for that extra comfort is that the frame isn't the stiffest, not compared to something like the Scott Crossteam CX, but riding or racing on it I didn't feel I was losing power. If anything the opposite was true, the supple ride allowing me to stay comfortably seated over bumpy singletrack. From a racing point of view the big advantage of being able to keep in the saddle is that you can pedal more efficiently. Some stiffer bikes will bump you out of the saddle on this sort of terrain but that didn't happen to me on the CC5.

The lightness of the bike made the handling quite responsive through twisting turns. Of course in cyclo-cross handling also involves picking your bike up and running with it – shouldering the Merida was a breeze as was lifting it over obstacles and running up a bank or steps… well, as much of a breeze as you can reasonably expect carrying a bike to be. The generous width of the top tube and slightly oval profile also added some comfort on the shoulder – a welcome feature in a 'crosser.

As I said at the top the CC5's chainset set-up is ideal for 'cross racing and should suit a hilly cross race or any hilly riding on or off road with the 36 smaller ring. The 46 big ring suits the fast sections of a race without being too large. Many manufacturers will set up a crosser with a 50/34 which may good for on road hilly sportives, but the jump between rings doesn't suit cross and you end up struggling to know which ring to be in. The 48/39 on my cross bike is good but I prefer the Merida's 46/36 courtesy of FSA. Nicely thought out! At the back a 12/27 cassette provides an extra gear for the inclines. 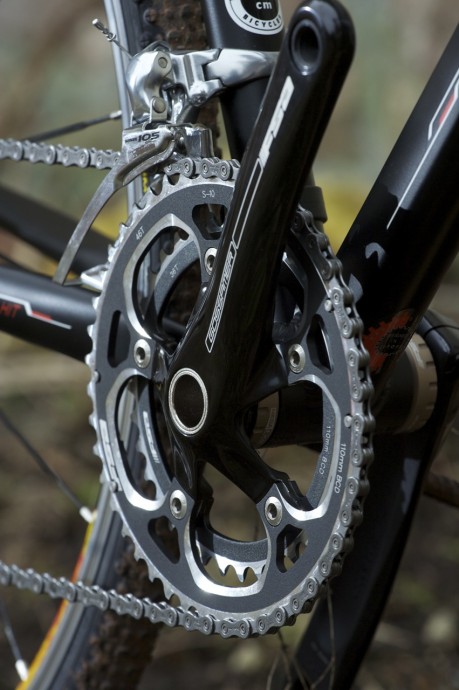 What do you get for you money?

£1100 buys you a light well put together bike. The manufacturer's claimed weight is 9.2Kg although our 55cm model tipped the road.cc scales at 9.15Kg (20.1lb) a respectable weight for a bike at this price. The frame is TIG welded aluminium matched up to a carbon fork, welds are unpolished but tidy, more than acceptable for the price, and the build quality is good – as you'd expect from a company like Merida which not only builds its own bikes but is also responsible for building many other companies' bikes too. Spec highlight is the Ultegra rear mech and shifters, (front mech is Shimano 105).10 speed is fine for 'cross despite some riders sticking with 9 speed.

Another highlight, for me at least, was the Prologo Nago Pas saddle. I usually struggle with test bike saddles but the Prologo has a cut out section for pressure relief which, although not large was effective and the part of the saddle supporting the sit bone area is quite flat which worked for me.

Straight from the box, this CC5 is ready to go, but that's not to say it's perfect - there are a couple of things that I would change. If I was only allowed one change it would have to be the XM Comp handlebars. I think that compact or shallow drop bars are best for 'cross racing because they bring you a little more upright and because a closer lever reach on the drops is an advantage. The XM Comp drops didn't have enough length on them either so it felt as though I was going to miss the bars when transferring my hands down.

I'd also swap the Mavic Acksium wheels out as well. There's nothing especially wrong with them, it's just that they don't really match up to the performance of the rest of the bike – these are probably the price you pay for getting that Ultegra kit on a bike for this money. I'd upgrade the wheels to something a little lighter with cross laced spoking at the front.

The Maxxis Larsen Mimo CX 35 C is a good quality, fast and light tyre. They lack a certain amount of grip in muddy conditions but on the plus side they shed mud well keeping the rotational wheel weight down. They're best for dryer days or firmer ground.

If you've been bitten by the 'cross racing bug and you are looking for a race-ready machine that won't break the bank but will be competitive – look no further. 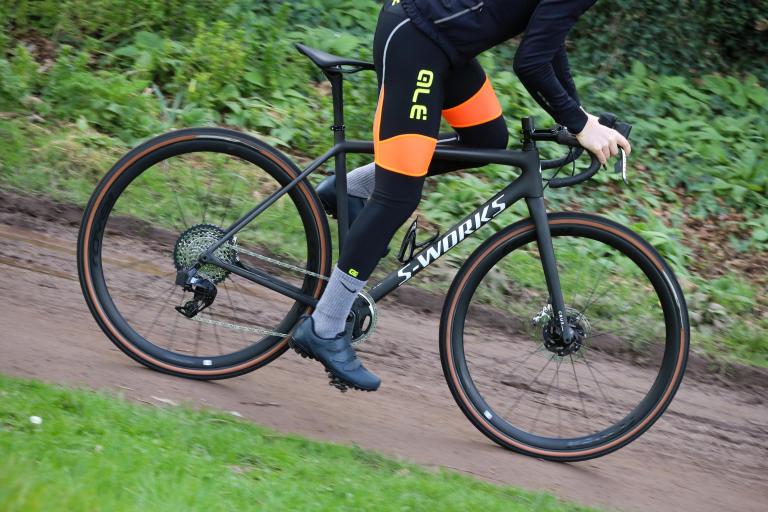 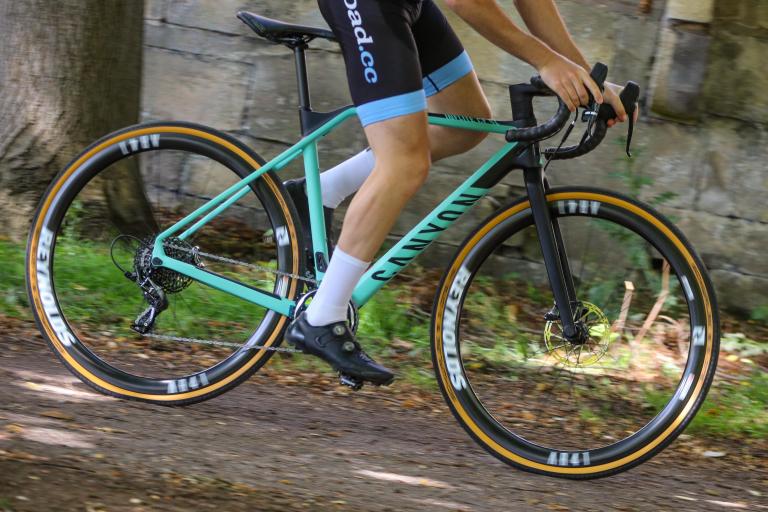 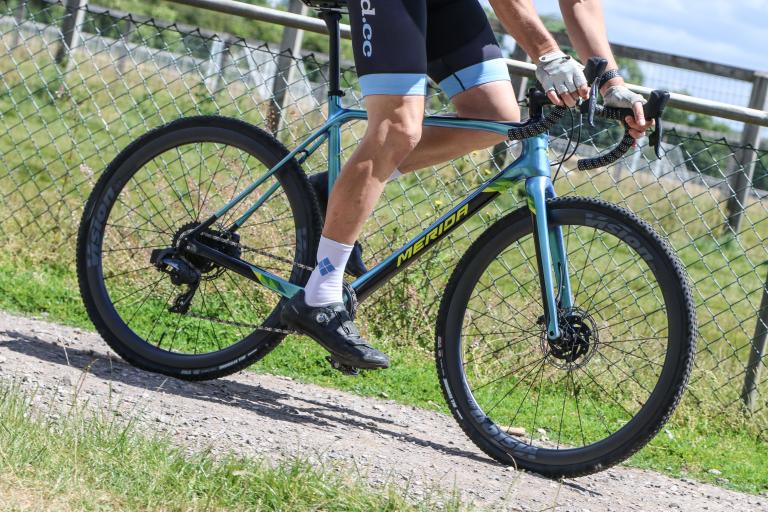