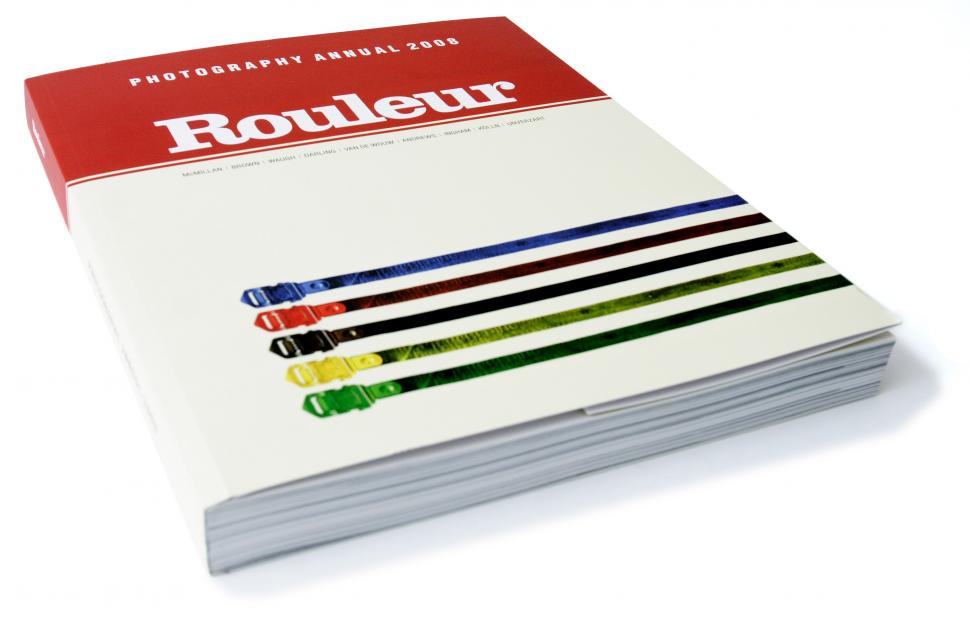 Okay, before we start talking about the 2008 Rouleur Photography Annual I've got a confession to make. Unlike the rest of the cycling world I didn't rate the 2007 Rouleur Photography Annual. It wasn't that it was bad just that it was too reverential, it felt like an exercise in cycling designer miserablism. In Rouleur-land it seemed the sun never shone, no-one ever smiled and cycle-racing happened mostly in the rain. That's not to say the pics were poor, just that Taz Darling's aside they didn't really leap off the page and grab you… well, me.

It got uniformly good reviews though, so what do I know.

Spool on a year, and "thud" the new Rouleur hits my new desk, rip it from the packet and "thwap" it falls open at p58 at the start of Rein van de Wouw's chapter entitled Flanders Fields… it's black and white, it's raining, oh, and there isn't a bike in it… Here we go again – I'll open a vein now.

Luckily the blade was blunt cos this is a good book, though not without it's faults. The Rouleur cycling year is a short one: there's no room in it for the Vuelta, or the World Champs, or the Tour of Lombardy (possibly something to do with the need to get a book out in time for Christmas), or the Olympics, or women – odd cos the Women's Olympic road race would have been perfect for them – drama and rain. 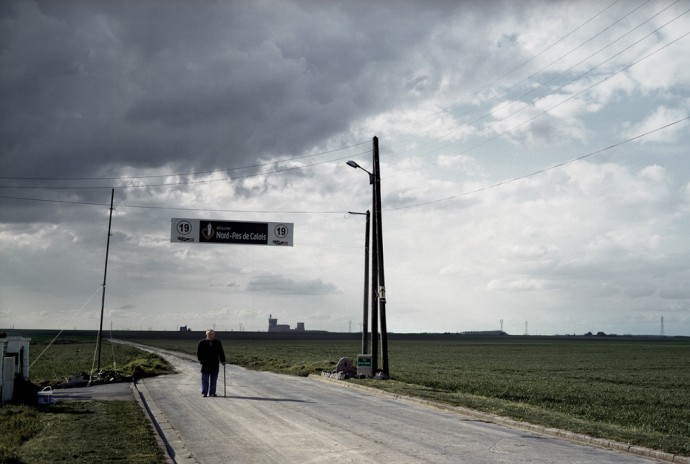 Interestingly there are more pictures of the Belgian classics and Paris Roubaix (spiritually a Belgian race) than of the Tour - in fact Roubaix on its own probably has more pictures devoted to it - there are certainly more than of the Giro and, er, the Vuelta. But then perhaps this is a reflection of the Rouleur world view.

Either way, in a bigger book  than last year the hit rate is far higher . Highlights are Guy Andrews' words and pics of Dengies in Essex, yes it's muddy and it's raining and it looks like Belgium, but one of the riders is actually smiling and Guy makes it clear that miserable though it is, it's also a bit of make believe "let's pretend we're in Belgium" which physically and metaphorically these guys almost are. 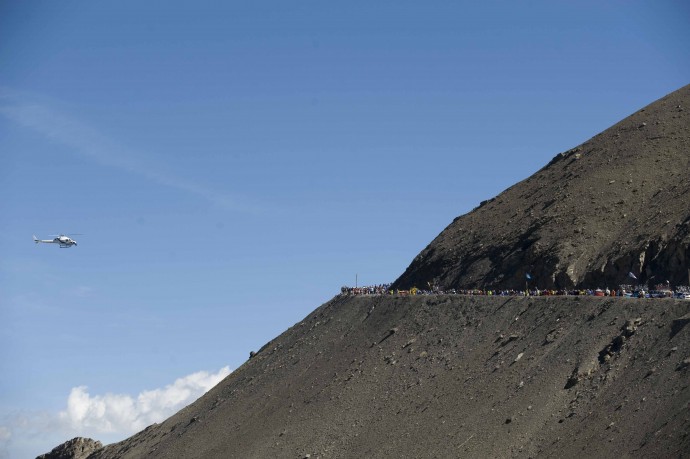 All Guy's contributions are uniformly strong, as are the words throughout. In fact, the words are one of this book's greatest strengths – fewer pictures and more words (of the same calibre) would have made this an even better photography annual.  Other good bits: Fotheringham W's intros particularly the one to Gerard Browns fantastic set of pics of the Tour going over the Col de la Bonnette, Graham Fife's exuberant intro to the chapter  of Basque pics, Julian Bray's on Amstel Gold and Fife again on waiting for Paris Roubaix to pass by. In fact the pictures of the fans, and the amateurs and the guy teaching his son to ride are often more interesting than those of the pros. Taz Darling's set of pics on Paris Nice are fantastic, giving a real sense of the journey south and of the more ordinary, but often unseen, aspects of life in and around a big race.

For me there's still too much black and white, and too much rain, and too much Belgium and too many empty roads, not enough colour, or heat… or dust, unless it's from Belgium. On the other hand those shots are very strong and really do convey a sense of place and atmosphere – maybe it's just that on a dank, cold November day I'd rather be taken somewhere sunny. 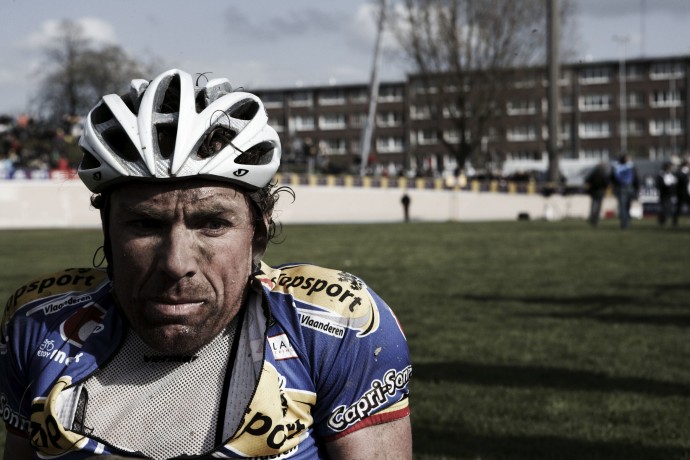 But that's the power of photography great pictures can make you feel like you're right there standing at the photographer's elbow, and they can provoke a different response every time you come back to them. For instance Taz Darling's Roubaix images are brilliant but while not wanting to belittle a man's suffering, having sat in almost exactly the same spot on the Roubaix infield the traumatised look on that fella's face could simply be the realisation that his hand is resting in a pile of cold dog shit. Maybe the law of diminishing returns applies even to pictures of  shell-shocked cyclists.

While I'm quibbling, the reproduction of some of the photographs is odd – the one of Phil Liggett at the start looks like it was shot on to plate glass using a 19th century tripod - he looks like a priest at prayer. Maybe that's the point. And they've overdone it on shots of empty roads. Again.

I'm quibbling though, this is a mightily impressive book and the team at Rouleur deserve credit for having the balls to attempt something like this and for pulling it off with such style.

If you love cycling, Rouleur's 2008 Annual is a book you'll happily pick up again and again well worth the price of admission and if the 2009 edition continues the rate of improvement that this one had over last year's it will be awesome indeed.