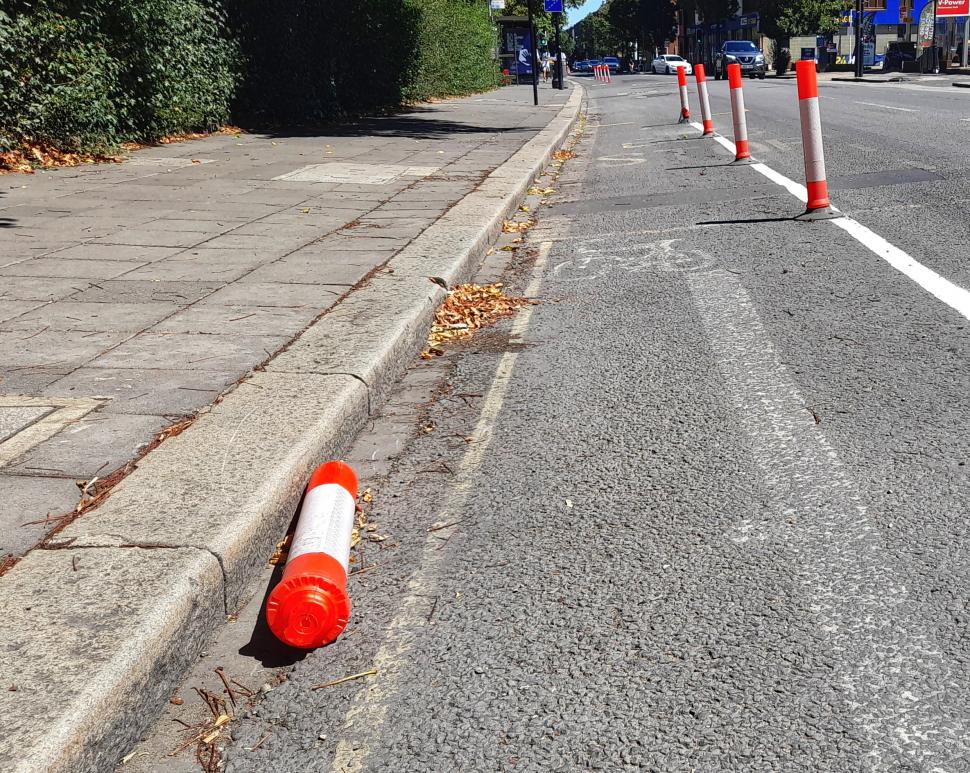 Anti-cycling “vigilantes” are said to have removed wands on a pop-up bike lane in Hove that was supposed to protect cyclists from motorists as part of coronavirus emergency measures.

The Argus says that the wands - similar to the ones in London pictured above - which provided light segregation on the lane on Old Shoreham Road close to the junction with Stapley Road, were removed at the weekend.

The emergency infrastructure, as with another pop-up bike lane on Brighton’s seafront, has been the subject of petitions supporting it and calling for it to be removed.

Chris Williams, who set up a petition to extend the lane, said: “It’s really sad that the cycle lanes have been vandalised as the plastic dividers allow families, kids and older people to feel safe enough to cycle along this busy road.

“This is particularly important given the need for socially distanced travel and recent announcements on cycling for better health.

“The money for the lanes came from a central Government grant and the dividers are part of new Government safety regulations.”

That petition, and another calling for the lane to be scrapped, had been due to be debated at a meeting of the council last week, but that has been postponed after the Green Party gained control following a by-election earlier this month.

The petition to remove the lane was set up by Peter Challis, who told the Argus that the people who removed the wands should not have taken matters into their own hands.

“I think the people should not have done it and they should be going through the official processes to get things done.

“However, I can understand that people are getting fed up because nobody is listening to them, he added."