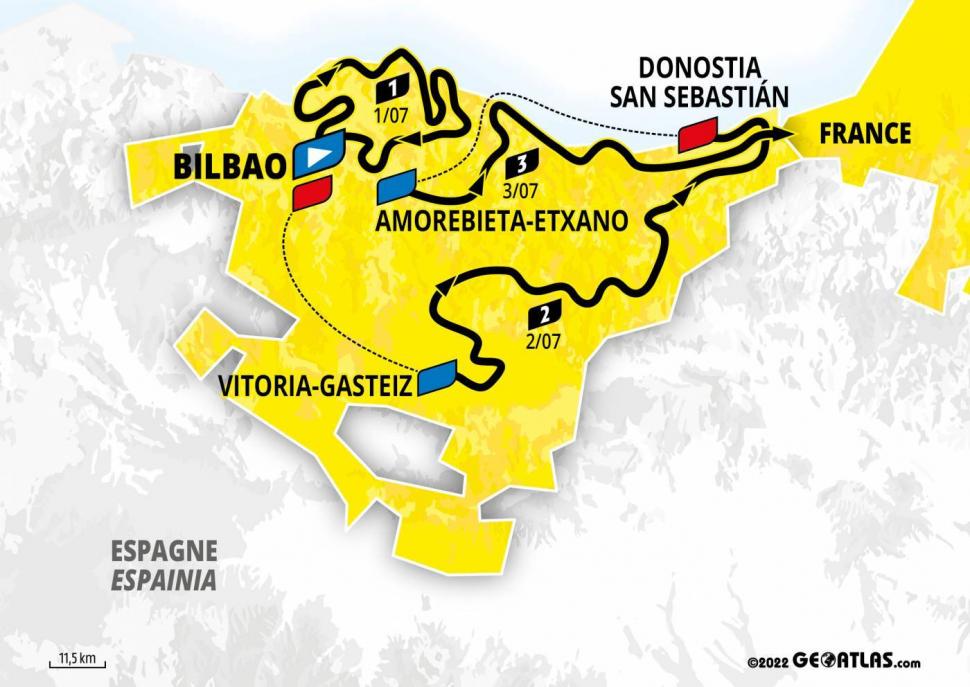 Opening stage will start and finish in Bilbao, Jaizkibel climb features in finale of second stage in San Sebastian
by Simon_MacMichael

The Tour de France will next year start in Spain’s Basque region for the second time in its history, with details of the Grand Départ of the 110th edition of the race unveiled yesterday at the landmark Guggenheim Museum in Bilbao.

The opening stage, covering 185km and featuring a 2km climb late on with an average gradient of 9 per cent will start and finish in the city on Saturday 1 July 2023.

On its way to Bilbao, the peloton will pass twice through Guernica, bombed by the Luftwaffe in April 1937 during the Spanish Civil War, with more than 1,500 civilians killed. 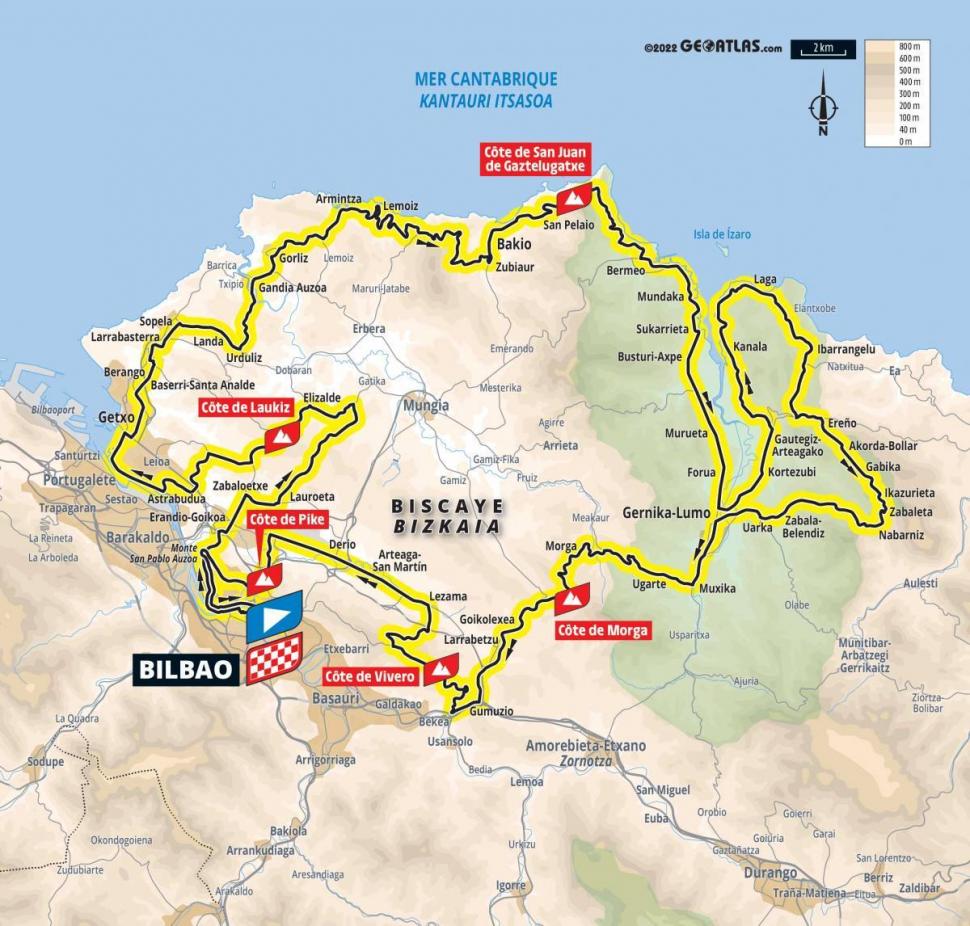 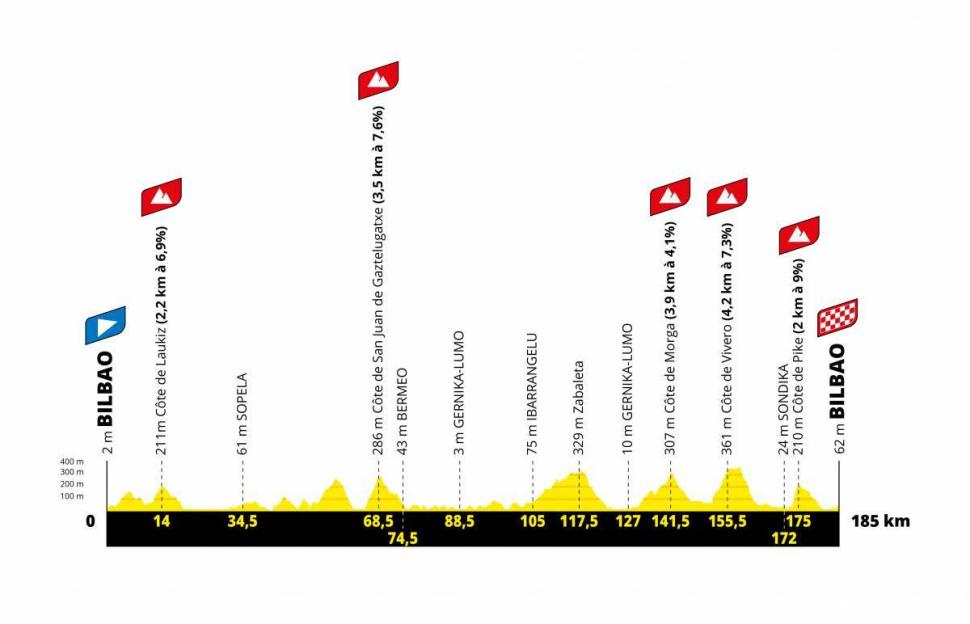 The following day’s 210km stage starts in Vitoria-Gasteiz and in the finale features a climb of the Jaizkibel from the opposite side to the one featured in the annual Clasica de San Sebastian one-day race, before finishing in the city that hosted the 1992 Tour de France Grand Départ. 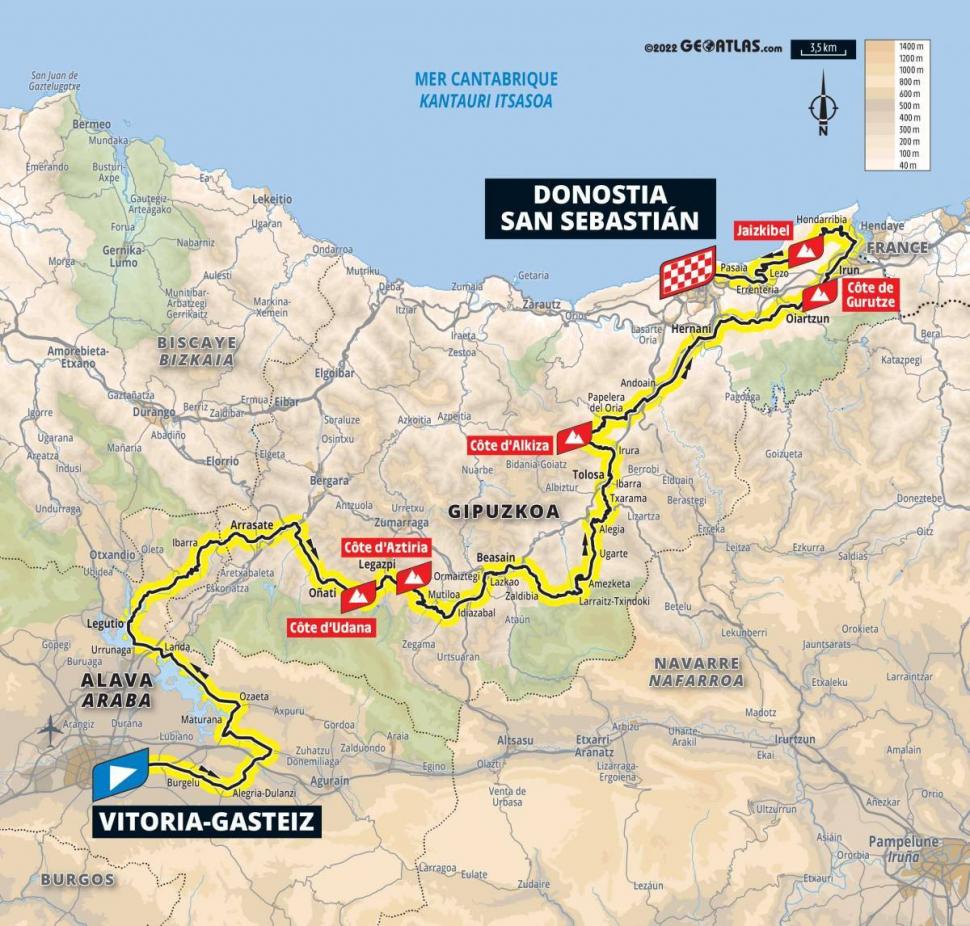 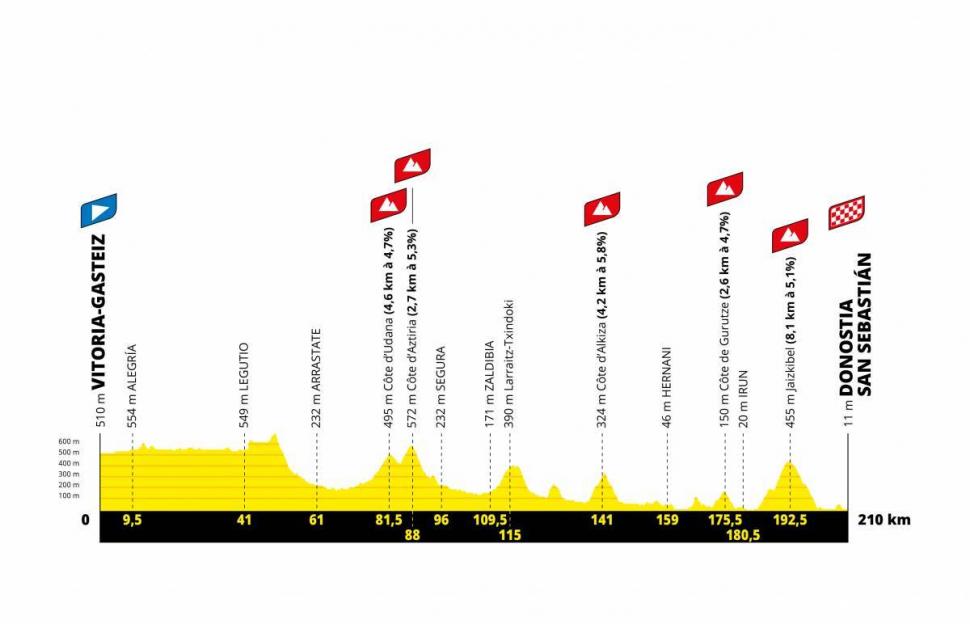 Stage 3 on Monday 3 July will begin in Amorebieta-Etxano and head along the coast via San Sebastian towards the French border and a yet-to-be-announced destination, although race organisers ASO have said that the stage could provide the first opportunity for the sprinters in next year’s race. 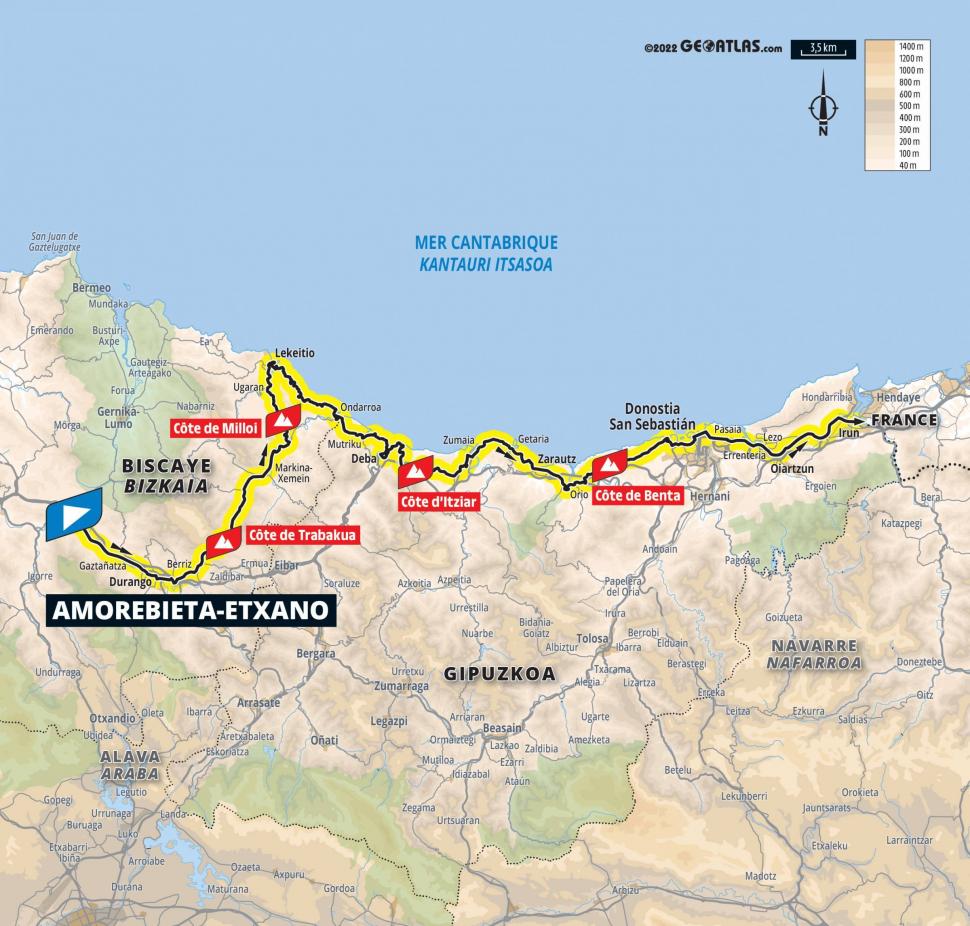 Christian Prudhomme, race director of the Tour de France, said: “Ever since the Tour de France hit the road in San Sebastián in summer 1992, the authorities and elected representatives of the Basque Country have longed to host the Grande Boucle again.

“This burning desire, combined with what the region brings to the table, could not be ignored, and this fervent courtship deserved to get a new taste of the three days of the Grand Départ after such a long wait.

“We are therefore thrilled to return to these hospitable lands, which have continued to dispatch passionate orange armies to the Pyrenees and far beyond, flying the ikurrina on the roadsides to boost the morale of their riders.

“Halfway between the sky and the sea, Biscay, Álava and Gipuzkoa, the three provinces that make up the autonomous community, are fertile ground for spectacular cycling.

“I have no doubt that the leaders and punchers, clashing on every single climb, buoyed by the enthusiasm of the crowds, will put on quite a show,” he added. “A Grand Départ for a grand wish.”

President of the Basque Government, Inigo Urkullu Renteria, said: “July 2023 will be a momentous occasion for the Basque Country.

“Fans will turn out in force and pump up the festive atmosphere that Basque supporters are known for on the roads of the Tour de France. The colourful Basque tide that infuses legendary mountains with joy will sweep through our own climbs, coast, towns and villages.

“All the Basque institutions have embraced the challenge and are working as a team to seize the opportunity. For us, this is a dream come true. We understand how important this stage is for the Euskadi/Basque Country Strategy for Internationalisation, which aims to raise the profile of our country beyond our borders.

“Cycling is a long-standing tradition in the Basque Country,” he added. “Our goal is to host a flawless Grand Départ to make our lands an even more attractive destination. Our enthusiasm and commitment fill us with a sense of purpose as we prepare to welcome the 110th edition of the Tour de France.”

It will be the second year running that the Tour de France has started abroad, with Copenhagen set to host the Grand Départ – originally planned for 2021, but postponed due to conflicts with the delayed Euro 2020 football tournament and Tokyo Olympics – this summer.