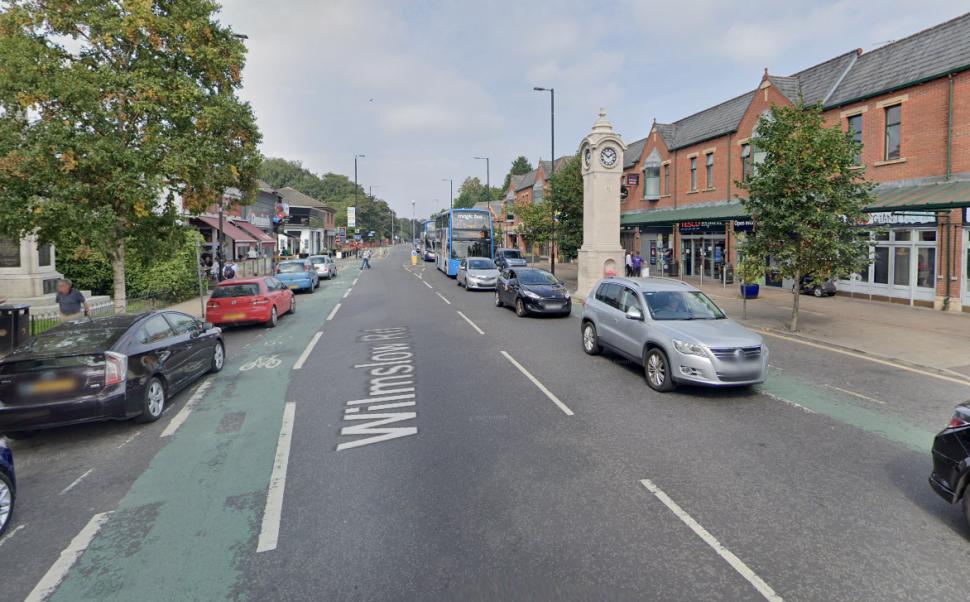 Cyclist found not guilty after collision with pedestrian, who died eight days later

UPDATE: A cyclist who was charged with causing bodily harm by wanton or furious driving after colliding with a pedestrian, who died eight days later from a brain injury sustained in the crash, has been found not guilty.

Mr Gunn, 56, whose injuries were believed at the time not to be life-threatening, was taken to Manchester Royal Infirmary. His health soon deteriorated, and he died eight days later.

Announcing the not guilty verdict, Judge Timothy Clayson thanked the jury for their assistance in the “short but obviously serious case” and gave his condolences to the Gunn family.

The original story can be read below:

A cyclist has denied riding “aggressively and recklessly” in the moments before he struck a pedestrian, who later died from his injuries, and insists that he was travelling at an “appropriate speed” at the time of the tragic collision.

Mr Gunn, who drifted in and out of consciousness several times while being treated by paramedics at the scene, was then taken to Manchester Royal Infirmary, where his injuries, mostly to the back of his head and his abdomen, were not initially deemed to be life-threatening.

However, his health soon deteriorated, and he died eight days after the collision due to what prosecutor Simon Blakerough described as a “traumatic brain injury”.

Mr De Bruin has been charged with causing bodily harm by wanton or furious driving following the pedestrian’s death, which he denies.

He told police at the time of Mr Gunn’s death that he “tried to move out of the way but could not avoid the collision”, and while he accepts that he struck the 56-year-old, he did not mean to harm him, the Manchester Evening News reports.

CCTV footage shown on the opening day of the trial at Bolton Crown Court on Monday depicts De Bruin riding along Barlow Moor Road, where he jumped a red light at the junction with Palatine Road, before turning onto Wilmslow Road. Mr Gunn can later be seen in the footage exiting a Tesco Express before attempting to cross the road, when he was struck by the cyclist.

One witness, Peter Clare, claimed that Mr De Bruin was “going very fast” and “at least 20mph” when he passed his Land Rover shortly before the incident.

Clare told the court that he could remember thinking ‘if anyone steps out’ they would collide with the cyclist, and added: “Before I could even finish my thought, he had already hit the chap.”

Other witnesses described hearing the “screeching sound” of Mr De Bruin’s brakes as he attempted to avoid hitting the pedestrian, but that his “momentum” catapulted him into Mr Gunn.

Carolina Orzsic, who was driving in front of the cyclist shortly before the incident, said she noticed Mr Gunn walking “slowly and unsteady” in the middle of the road and that he was looking “ahead and not left or right” as he crossed. Ms Orzsic told the court that she was forced to slow down and turn to the right to avoid hitting the 56-year-old, and that neither man could be blamed for the incident as they “just saw each other at the last second”.

The jury also heard that when questioned by police following the incident, Mr De Bruin – who was unhurt – said that his speed of roughly 23mph was “appropriate” for the conditions.

Describing himself as an experienced, “intermediate” cyclist, the Dutch-born property developer also told police that he had been riding bikes “all his life” due to his upbringing in the Netherlands.

While being questioned by his defence barrister in court, the 23-year-old explained that he was “pretty familiar” with the road, and was speeding up to reach the cycle lane after determining that there were “no obstructions” ahead.

The cyclist said that he “doesn’t know” why he hadn’t seen Mr Gunn cross the road and enter the cycle lane, and was in shock after the collision.

He remained at the scene until the pedestrian was taken to hospital and spoke with a paramedic who assured him that Mr Gunn was going to be “alright”.

> Jail for pavement cyclist who rode off after fatally injuring pensioner

During the cross examination with prosecuting barrister Simon Blakerough, the cyclist admitted that he “did not know why” he ran a red light moments before the incident and that it was not something he did regularly.

He also claimed that the volume of music he was listening to through earphones was at a “reasonable level” and that he could still hear “traffic and conversations”.

Mr De Bruin, who was on a post-work leisure ride on a familiar loop at the time of the incident, was then asked if he had been “on a time trial and didn’t care what happened ahead of him?”, to which he replied, “No, I did care”.

The court also heard yesterday how Mr De Bruin got in touch with the police the day after an appeal was launched to find the cyclist following Mr Gunn’s death.

“One of my friends, they saw the news on the BBC News,” he said. “They told me about the tragic accident and I thought it was the right thing to do. To come forward and say that I was involved in the accident.”

> “You’re not going to prison for this,” judge tells teen cyclist who injured pedestrian

During his closing speech, prosecutor Blakerough again suggested that the 23-year-old was “on a time trial” at the time of the incident, and was “racing himself on a powerful racing bike” at 23mph while listening to music on a busy road.

He argued that the cyclist had displayed ‘wanton and furious driving’ by “burying his head in the sand to what was an obvious and serious risk”.

During his closing speech, Mark Fireman pointed to Mr De Bruin’s history of no convictions and argued that the cyclist was “well within the speed limit” and that his use of headphones was no different to motorists listening to the radio while driving. He also stated that the cyclist’s running of a red light “800 metres away” had no bearing on the tragic incident.

He told the jury that what they “are dealing with a good man” who “handed himself in because he knew it was the right thing to do”.