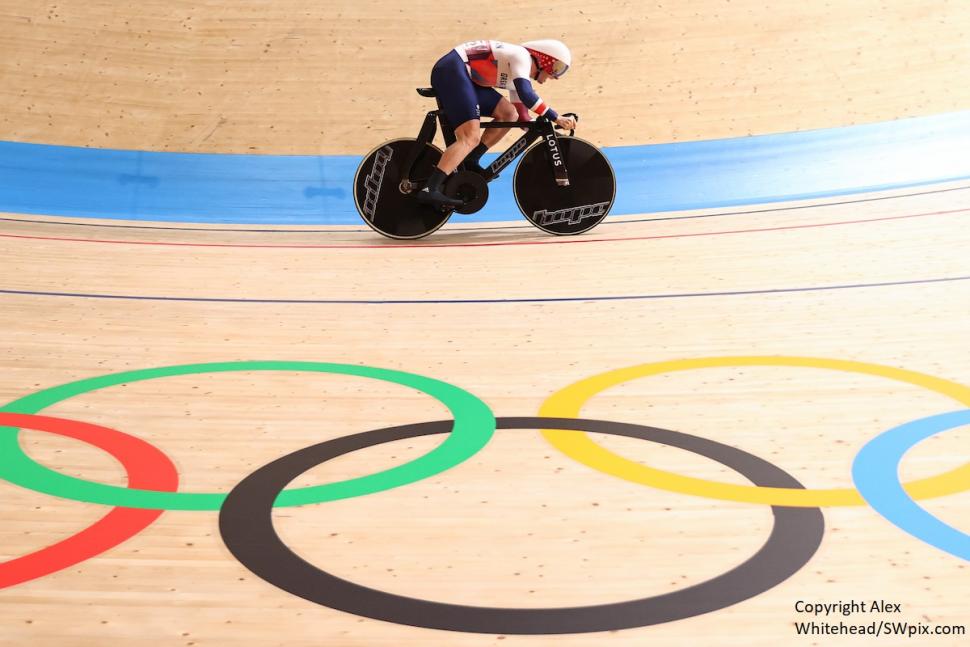 "When you look back on the medals you’ve already got it seems really easy and then when you try and get more you remember how hard it was" ...
by Will Bolton

Jason Kenny has become the first Briton in history to win seven Olympic gold medals after taking a stunning victory in the men's keirin.

The 33-year-old shocked the rest of the field as he sprinted clear with three laps remaining.

Kenny crossed the finish line 0.763 seconds ahead of Azizulhasni Awang of Malaysia. Harrie Lavreysen of the Netherlands took the bronze.

Kenny said when he saw he had a gap on the rest of the riders he thought, 'oh sod it. It’s now or never.'

It is his ninth Olympic medal overall. He won silver in the team sprint at the Izu Velodrome to become GB's most decorated Olympian earlier this week but was unable to defend his individual sprint title.

His seventh gold medal means he has one more than former team-mate Sir Chris Hoy.

Well I hope you all stayed up to watch that!! 😮👏🏻👏🏻The most incredible keirin I’ve ever seen, won by Britain’s most successful Olympian ever - JASON KENNY!! Proud of you mate @JasonKenny107 #7Golds

Speaking after the race, Kenny said: "I’ve just been racing every race like it's my last.

"Just trying to survive and I think because I rode every round like the final when I got to the final I was pretty well rehearsed."

When asked what it felt like to be the most decorated British Olympian in history, he said:  "It's really special, every time we come back when you look back on the ones you’ve already got it seems really easy and then when you try and get more you remember how hard it was.

"It's easy to forget the hard work that goes into it."

His wife, Laura Kenny, GB's most successful female athlete, recovered from a crash in her first event to finish sixth in her bid for a third successive omnium title.

Speaking about Jason's performance, she told BBC Sport: "The amount of people who came up to me afterwards and were like 'I'd have counted him out of this' - and to be honest, so had I!

"I was speaking to him last night and he was like 'I just want to go home'. Then obviously he won - just typical Jason, that."