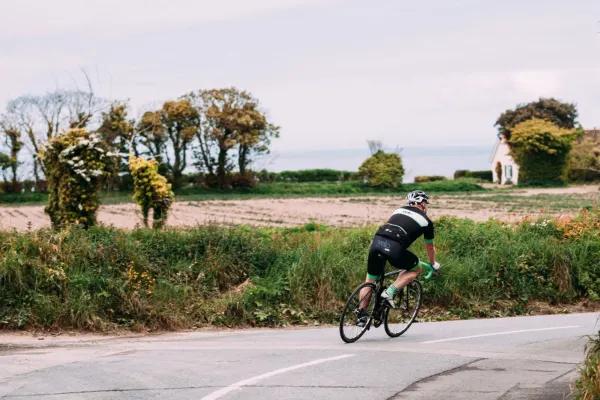 The government has defended the remuneration, clarifying that the role will include furthering cycling infrastructure and contributing to behavioural change on the island
by Ryan Mallon

The Government of Jersey is hiring a new Cycling Officer – and the successful candidate will earn what one former politician has described as an “eye watering” salary.

The role is currently being advertised as Jersey’s government aims to “drive forward cycling improvements in the island”.

According to the job description, the successful candidate will support the government’s Sustainable Travel policy to “progress our ‘cycling roadmap’ by overcoming barriers to cycling through better information and the creation of cycle routes that are coherent, legible, and comfortable.”

> Near Miss of the Day 713: Driver asked not to close pass... then does it again

However, the salary for the role – which ranges between £63,000 and £69,000 – has been criticised by former Jersey politician Ben Shenton, who has described it as “eye watering”.

Shenton, who served as a senator in Jersey’s parliament between 2005 and 2011 and was the island’s Minister for Health and Social Services, told ITV that while the Cycling Officer role was important, it should be priced locally.

“I'm more interested as a tax payer in getting value for money for the taxes I pay,” the 62-year-old said.

“So make sure the role is actually needed. There were two other similar roles to do with the transport strategy and try and hire locally and get the best people but get them at the right price.

“I think if you're a nurse or a vet or a pharmacy person you're going to look at that and just think my goodness what is going on here.”

Responding to Shenton’s comments, the government’s press office told road.cc: “For clarity, the job is not about teaching people to cycle, but about supporting the Government of Jersey Sustainable Transport Policy as a senior engineer, furthering schemes for better cycling infrastructure and contributing to the behavioural change required to reach net-zero emissions.”

The government clarified that the post is designed for a professionally qualified Transport Planner, Highway or Civil Engineer at a Chartered Level, and that the successful candidate will “specifically lead on the development and delivery of infrastructure projects being identified through the Active Travel Plan.”