"Protect those most at risk": Highway Code changes promoted as government launches 'Travel Like You Know Them' campaign

One of the major criticisms of January's updated Highway Code was the lack of publicity to inform the public...
by Dan Alexander

The government has launched its latest THINK! road safety campaign — titled 'Travel Like You Know Them' — to promote changes to the Highway Code aimed at protecting vulnerable road users.

January's Highway Code changes, amongst other things, introduced a hierarchy of road users, placing those most at risk in the event of a collision at the top of the hierarchy e.g. pedestrians are at the top as the most vulnerable, followed by cyclists, horse riders and motorcyclists.

In other words, those able to do the greatest harm should reduce their danger to more vulnerable road users. The hierarchy was accompanied by updates giving pedestrians priority when crossing the road at junctions, and cyclists priority over road users waiting to turn when travelling straight ahead at a junction.

However, the roll-out of the changes saw the government criticised for failing to inform the public, with an AA poll just days before they came into effect showing one-in-three members were unaware of the new rules. 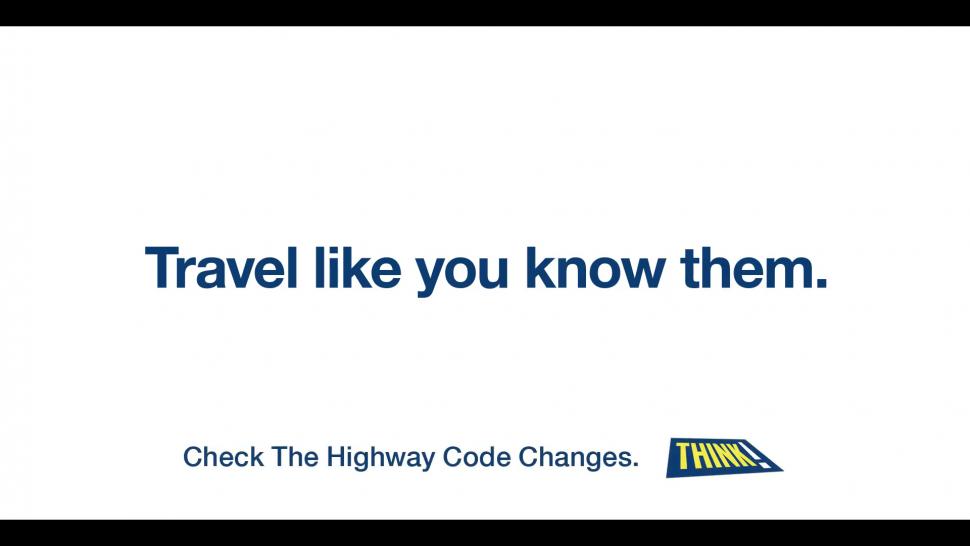 Today's announcement of 'Travel Like You Know Them' will, the Department for Transport says: "Encourage positive behaviour on roads and protect those most at risk."

The campaign aims to change the focus on people making journeys, not vehicles, and promote the Highway Code changes.

"'Travel Like You Know Them' speaks to everyone who uses the road, with an emphasis on motorists and those who have a greater responsibility to reduce the risk they may pose to others, as per Highway Code's new hierarchy of road users," the Department for Transport said.

Roads Minister Baroness Vere added: "People tend to see cycles, lorries and cars on the roads rather than thinking of the person using them – but it could be your family member, your friend or your colleague. 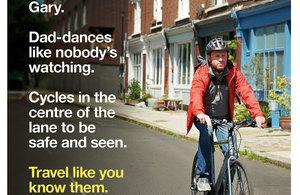 "We have some of the safest roads in the world but I am determined to make them even safer, particularly as more people choose to walk, cycle and ride for their journeys.

"This campaign encourages everyone to see the person behind the wheel or handlebars, to build more understanding of others on the road, and help keep everyone safe."

The government department says it will continue to clarify changes, including cycling positioning, junction priority for pedestrians and cyclists, safe passing distances and speeds, as well as the Dutch Reach.

Chief executive of Brake, Mary Williams OBE, said: "On behalf of road victims and everyone who uses roads, Brake is a passionate supporter of the government's THINK! campaign, and its focus on driver behaviour and protection of those most at risk, particularly people on bicycles and walking.

"The Highway Code's new hierarchy of road users is a vital step forwards that everyone can help promote, particularly to drivers, to prevent tragedies on roads."

Last month, a study of 2,000 UK-based motorists found more than 50 per cent were unable to identify a single new Highway Code rule.

In addition, 68 per cent did not know that they should give way to pedestrians crossing side roads or waiting to cross a junction.