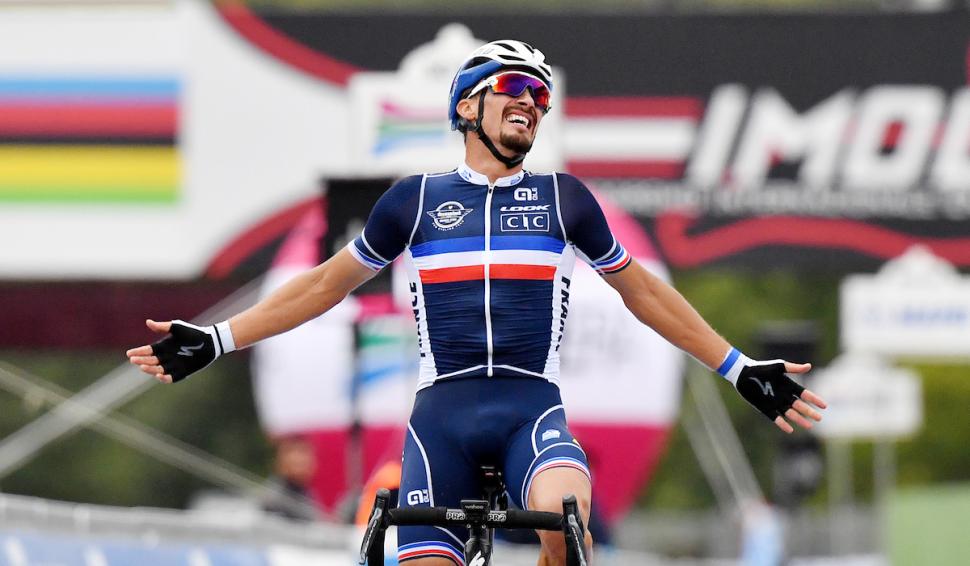 The governing body has defended the controversial decision, claiming it was based on the ability to compete for medals
by Ryan Mallon

The French Cycling Federation (FFC) has defended its decision to fly their elite men’s team to the UCI road world championships in Australia in business class – while the women’s and junior squads travelled in economy – citing the financial and sporting factors behind the much-criticised choice.

The squad’s controversial travel arrangements sparked an online backlash yesterday after they were initially reported in the French press, with many fans accusing the FFC of favouritism and blatant sexism.

However, France’s governing body has today confirmed and defended the decision, citing the financial and logistical problems associated with attending the coming week’s championships in Wollongong, New South Wales.

Last month, Cycling Ireland revealed that no Irish team will take part at the 2022 worlds, claiming that “competing in Australia will stretch our resources far beyond what has been anticipated this year”.

One of the pre-race favourites, Wout van Aert, has also said this week that he paid €8,000 from his own pocket to fly first class to Australia, while the rest of his Belgian teammates were in economy.

> “This decision has not been taken lightly”: No Irish teams for road world championships in Australia

The French Cycling Federation’s national technical director, Christophe Manin, told the Agence France-Presse that the decision to prioritise the elite men’s team – which includes two-time defending world road race champion Julian Alaphilippe – was based on their perceived ability to take home a medal.

According to Manin, who did not make the trip himself to save costs, taking a full squad to Australia “costs a lot of money”.

“Some countries, like Ireland, have decided not to participate in the World Championships. We asked ourselves if we should take all the categories, especially the juniors. We did it,” he said.

“But we don't have the means to put everyone in business.”

He continued: “For the men, we've been world champions for the last two years. We are really going there to win, while we are more of an outsider in the girls’ competition.

“If we had the mountain bike world championships in Australia with the same economic choice to make, we would put the two girls in business and the boys in economy", he said, referring to successful French off-road riders Pauline Ferrand-Prevot and Loana Lecomte.

A spokesperson for the French Cycling Federation made a similar argument to the newspaper Ouest France.

“It was a choice of the Technical Direction and the French Cycling Federation. A confirmed choice,” the spokesperson said.

“Everyone travelled in economy class, apart from the elite men. Why did we do that? Because the men are going to defend their title this year, once again. And above all because economic choices had to be made.

“The journey being very long, it costs an enormous amount, and if we wanted to take everyone, we needed to make choices. And if everyone were to be in business, many people would have had to stay at home.”

Team manager and four-time Tour de France stage winner Thomas Voeckler also travelled in economy to Australia, and told the AFP that “I am concentrating on the sport and I have no energy to lose as long as the riders of the French team are proud to wear the colours of the jersey.”