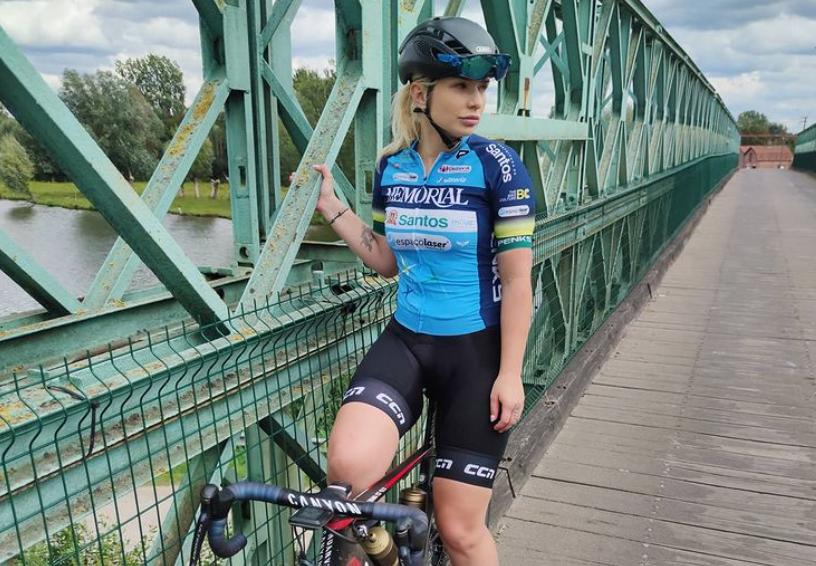 A Belgian female ex-professional cyclist says she was denied a role as sports director of a men’s under-23 team because she had previously posed for nude pictures.

Tara Gins, aged 30 and who rode for several UCI-registered teams from 2016-20, says that she was offered the post at the unnamed amateur team last month – but it was withdrawn at the weekend, apparently due to the photos she modelled for last year.

She told Cyclingnews.com that she had posed nude last year for the Dutch language edition of Playboy and topless for a Belgian trade calendar.

She said that the job offer was withdrawn after pictures of her were circulated in a group chat between staff members; not being party to the chat, she is unsure whether it was the pictures from the Playboy photo session, the calendar, or both.

Gins, who organises the women’s version of the 3 Days of Bruges-De Panne and worked as a soigneur for the Tibco UCI Women's WorldTour team as a soigneur at races last year including La Course by le Tour de France, first broke the news on her Instagram account that she would not be engaged by the unnamed men's team.

“I had a verbal agreement to start working for a team as a sports director this year,” she said. “A men’s team, where I would work with the young athletes and the elites.

“That was something that I was really looking forward to because that is the direction that I want to go in. But apparently, someone has made a problem with a photo of me. I don’t mind now that the job has been cancelled. It’s probably for the best. I don’t want to work with people who don’t see my capabilities and just walk with the herd.”

She said that the photos “don't harm anyone,” but seemed to have been deemed “too inappropriate” for her to work alongside riders, adding that, “apparently a photo is more important than capabilities or experience.”

She said she wanted to put the episode behind her, and thanked people who had sent her messages of support – one highlighting a photograph of four-time Tour de France winner Chris Froome nude on a bike, with the comment, “Pretty sure this person still has a high-paid job on a men’s team … ” 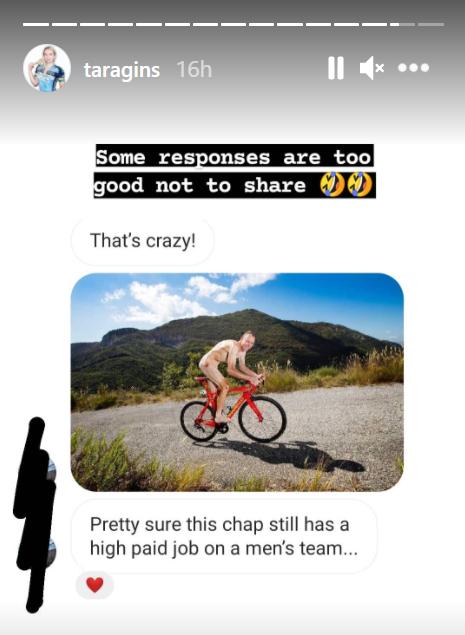 Gins was one of the members of the Health Mate-Cyclive UCI women’s team who went public with details of abuse, both physical and mental, by team manager Patrick Van Gansen, resulting in the UCI Ethics Commission ruling last year that he had violated the UCI’s Code of Ethics.

She returned to the theme of sexual harassment in her Instagram post, saying: “In all the years that I have raced, I have already experienced so many negative things with team leaders or soigneurs. I was literally assaulted. Once a mechanic crept into the shower with me after a workout. I was once kissed by someone on the staff, and I had to push that person away from me. I once had very inappropriate comments from team managers about how I looked, about my weight, what they wouldn’t do to me if I looked different. I had a manager come in when I was getting a massage to say how horny I looked.

“I've always argued against that, I've always pushed it off,” she continued. “But all of the things I've been through make this even more frustrating. I have now stopped racing and want to do my own things, get opportunities. And then they are taken back by those jerks, sorry so to speak, who have a double standard.

“Apparently, as a man, you can do a little more in the world,” she added.