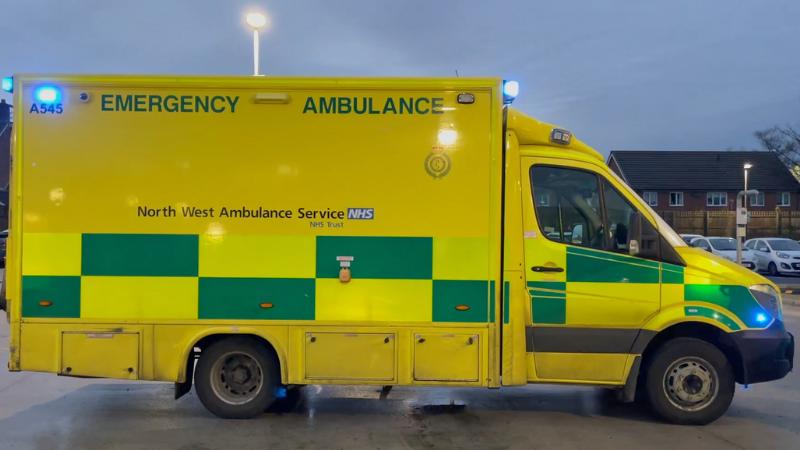 The ambulance service said that due to 'extremely high demand' they had been forced to prioritise other emergencies...
by Will Bolton

An elderly cyclist was left on the side of the road for almost three hours waiting for an ambulance after he fell off his bike.

Passers-by called 999 at 4.43pm on Thursday, September 9 after the man had fallen from his bicycle in Alsager town centre.

But paramedics did not arrive to treat the casualty - at the junction of Crewe Road and Hall Drive - until 7.35pm, 172 minutes later.

He was eventually taken to the Royal Stoke University Hospital for further treatment, Stoke on Trent Live reports.

North West Ambulance Service has blamed the delay on an 'extremely high level of demand'.

An ambulance service spokesman said: "The ambulance service is currently experiencing an extremely high level of demand. We always prioritise life-threatening emergencies and the most seriously injured patients first; unfortunately, this means some patients are waiting longer than we would like.

"We received a 999 call at 4.43pm reporting a person had fallen from their bike on Crewe Road, Alsager. At the time of this particular call, we had nearly 180 calls waiting in the Cheshire and Merseyside region alone.

"We were able to get an ambulance to the scene at 7.35pm and the patient was taken to the Royal Stoke University Hospital.

“We wish him a full and speedy recovery. If he has any further concerns, we urge him to contact our patient safety team.”

However, local councillors said that this was the second time the ambulance service had apparently been overwhelmed in recent weeks and said the wait time was 'totally unacceptable'.

Councillor June Buckley said: "It is the second time this has happened in Alsager. An elderly friend of mine fell down and broke her pelvis the other week and she was even longer on the floor waiting for an ambulance. It’s not like it’s a minor injury. They are quite severe injuries.

"There were a lot of police cars and it caused quite a bit of commotion. I think the ambulance service should be looking into it...

"It is totally unacceptable."