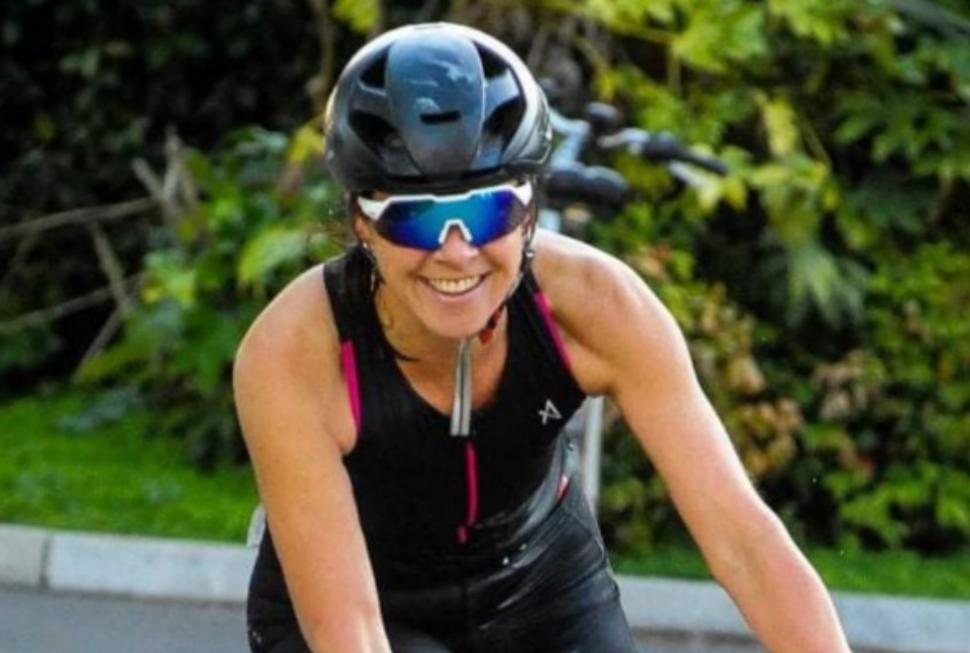 A van driver has been arrested after a cyclist who represented Great Britain in triathlon was killed while taking part in a time trial on the A40 near Raglan in Monmouthshire.

Gwent Police say they were alerted to the incident between Abergavenny and Raglan at around 7.20pm last Thursday 2 June.

Paramedics from the Welsh Ambulance Service pronounced the cyclist, 52 year old Rebecca Comins from Caldicot, dead at the scene.

Police said that a 47-year-old man from the Abergavenny area was arrested on suspicion of causing death by careless driving.

He has been released under investigation while officers continue their enquiries.

In a statement released via police, her family, who are receiving support from specialist officers, said: “Our beautiful Rebecca was taken from us on Thursday 2 June doing something she loved.

“She was a caring and loving wife to Stephen and an amazing mum to both George and Millie.

“We ask people to respect our privacy at this sad time and allow us to grieve as a family.”

Welsh Triathlon also paid tribute to her, saying: “Becky was a fierce competitor, but with it had a positivity and energy that was infectious.

“The current Vintage Veteran Champion of the Welsh Triathlon Super Series, a title which she also won in 2019, Becky was due to compete in a Welsh tri-suit at the British Championships this weekend at WTS Leeds as part of Tîm Tri Cymru along with her son George.

“She was also looking forward to racing at the British Sprint Championships in Cardiff.

“She loved the sport; she loved the training and Becky was central to any social activities across her clubs.

“Becky will be sadly missed by everyone within our triathlon community, and we extend our deepest sympathies to Becky’s family, Steve, George and Millie and her wider friends at this sad time.”

Police have asked anyone who witnessed the fatal crash or who may have information about it, including dashcam  footage, to contact them on the non-emergency number 101 or via direct message on Facebook or Twitter quoting the log reference 2200184652.

Alternatively, people can contact the charity Crimestoppers anonymously on 0800 555 111.