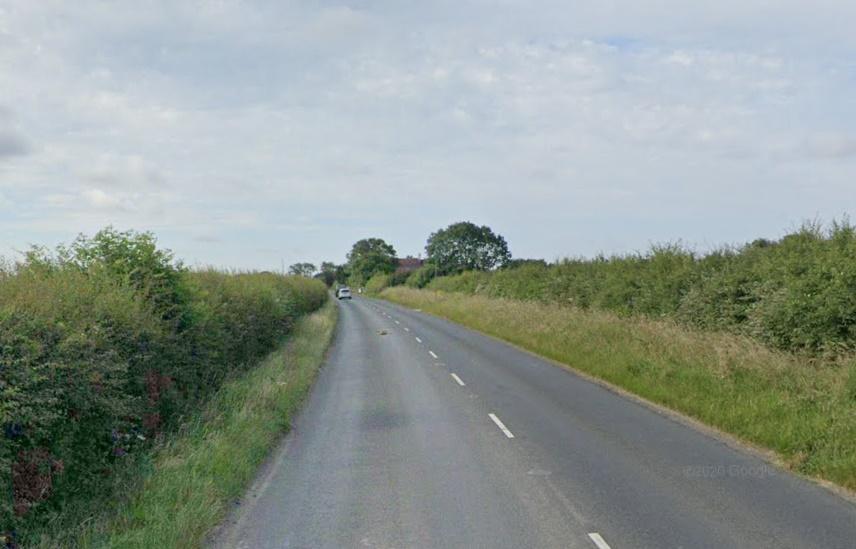 Cyclists say they were deliberately hit by beeping, swearing hit and run driver

Two Gloucestershire cyclists say they were deliberately rammed off the road by an angry driver who failed to stop. “They had obviously taken great offence to seeing two cyclists,” said Nick Stack, after suffering a broken collarbone and a head injury.

Bristol Live reports that Stack was riding with a friend along the B4060 Sodbury Road near Wickwar just after 4.30pm on Tuesday when the two men heard a motorist repeatedly beeping their horn behind them.

Stack said he’d cycled the road hundreds of times before and that it is, “suitably wide enough for any vehicle to pass easily” – albeit drivers will often need to wait for a gap in oncoming traffic.

"I thought, 'I'm not doing anything wrong',” he said. "We weren't in the middle of the road. We were riding single file, almost in the gutters, and they came alongside shouting obscenities out of the window.

"I ignored them but the truck or van was coming across, not giving us any room."

As the vehicle passed, a male passenger hurled abuse and called them ‘wankers’.

"They deliberately moved across to run us off the road,” said Stack. “They were pretty much driving on the grass verge. The trailer that was on the back hit me and wiped me out."

Stack’s friend, who was riding behind, then went over the top of him.

"They slowed slightly then just drove off. I was in a lot of pain and cars stopped, and a witness tended to me with first aid and put my arm in a sling. My head was cut but my helmet took the brunt and split."

Emergency services arrived on the scene and the two men were taken to Southmead Hospital.

"I've been riding for many years and people beep or drive closely, but other people are courteous and give you a wide birth.

"I always give a little nod or wave to say thank you. On this occasion they had obviously taken great offence to seeing two cyclists.

"At the end of the day, we were just out doing something we enjoy. Those people had no regard for me as a human or a father."

A witness told Stack the motorist had been "driving erratically" through Wickwar.

A spokesperson for Avon and Somerset Police appealed for witnesses or dashcam footage.

The spokesperson confirmed: "We were called at approximately 4.50pm on Tuesday, July 28, following a collision involving two cyclists and a vehicle towing a trailer in Sodbury Road, Wickwar.

"The two cyclists were taken to hospital. The vehicle was not at the scene by the time officers arrived."