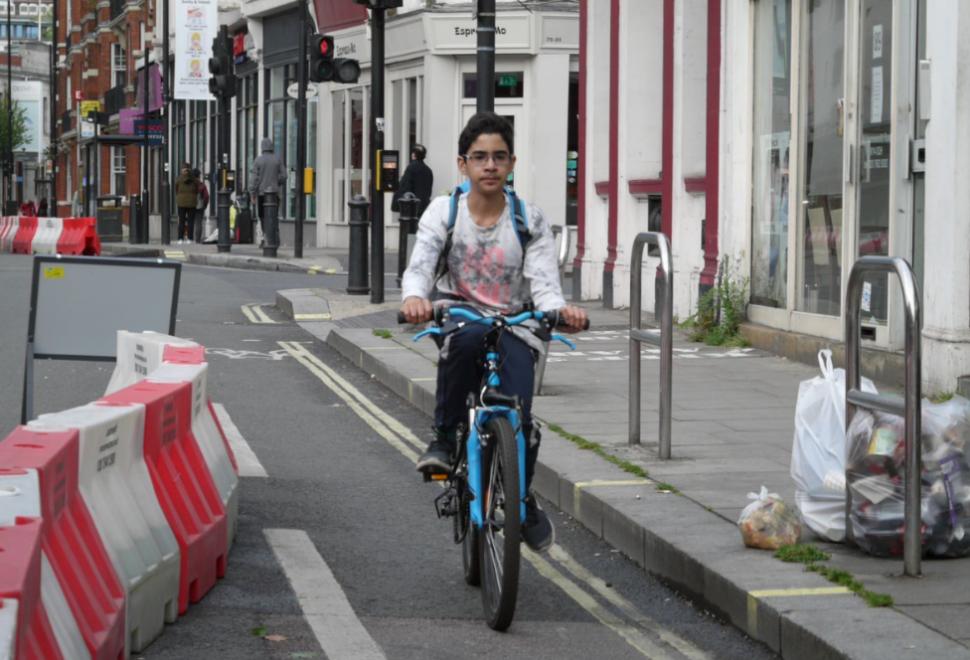 Young people are being hit hardest by the removal of pop-up cycle lanes, says Cycling UK. Highlighting that people aged under 25 are likely to be particularly affected by the economic fallout from the coronavirus pandemic, the national cycling charity is calling on local councils to support safe cycle routes.

> 8 of the best bikes for students

According to a YouGov survey commissioned by Cycling UK, 71 per cent of 18-24 year olds – and 77 per cent of students – say that the UK should make it easier for people to cycle by building more segregated cycle lanes, compared to 55 per cent of those aged 55-plus.

Cycling UK’s head of campaigns, Duncan Dollimore said: “The UK needs to look to a future after the pandemic and support all those young people at the start of their careers or just about to begin them – part of that has to consider the transport choices available to them.”

With the number of young people who are out of work up by a quarter during the first six months of lockdown and forecast to grow further, plus fears over coronavirus causing many to avoid public transport, he urged councils to support cycling.

“Youth unemployment is projected to increase, and this will only be further exacerbated if cheap and efficient transport choices, like cycling is denied to them,” he said.

“The cost of buying and running a car, concerns about or a lack of public transport can all be significant barriers to work for young people, but could be overcome for many if we had safe networks of separated cycle lanes.”

One recent graduate, Ruby Seber, who works at a coffee shop in Glasgow, recounted her own experience.

“I love using my bike to get around the city; it’s the quickest, most affordable, and healthiest option for me, as well as a great way to get some fresh air,” she said.

“However, cycle lanes are very sporadic and so it often doesn’t feel very safe. Improved cycle lanes would make my journeys to work much smoother and safer, and I’d love to see more people being encouraged to start cycling as a result.

“No other form of transport is an option for me as I’m at the bottom of the list for vaccinations and I’m reluctant to use public transport,” she added.

“Fortunately, Glasgow city council decided to keep the road through Kelvingrove Park (a beautiful park in the West End of the city) closed to vehicles which has been great – I hope they make more similar decisions in the future!”

A number of emergency cycle lanes installed by councils across the country in response to the coronavirus pandemic have been removed within weeks – and some cases, days – of being completed, usually in response to opposition from a small but vocal minority, despite surveys showing that most people support such schemes.

Dollimore said: “A post-pandemic recovery and building back greener and better means thinking about those for whom cycling is one of the only affordable means of transport. It isn’t anti-car as some people claim, but it is unashamedly pro-bike and pro-people.

“If we make it difficult for everyone to cycle by removing safe, separated cycle lanes, we can’t be surprised when people don’t change their travel behaviour, congestion and pollution increase, and public health worsens,” he added.

“Worse still, we’ll be limiting the transport choices of young people or locking them into car dependency, when they’re already the generation whose futures will be most affected by COVID.”