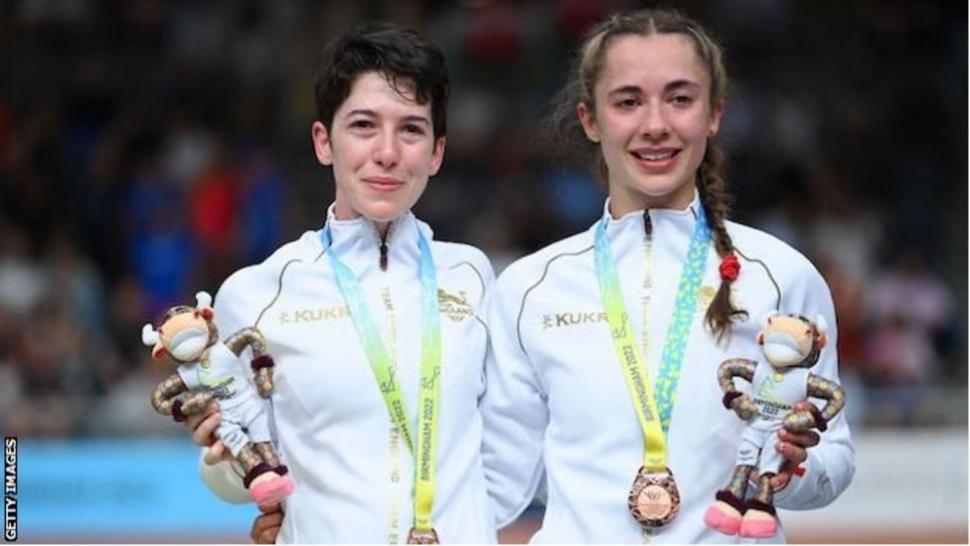 The Commonwealth Games Federation has apologised to England’s tandem B sprint team Sophie Unwin and Georgia Holt after the pair failed to receive bronze medals despite finishing third in Friday’s event, won by Australia’s Jessica Gallagher and Caitlin Ward.

Unwin, a silver and bronze medallist on the road and track at last summer’s Paralympics in Tokyo, and her pilot Holt beat Scotland’s Libby Clegg and Jenny Holl (who partnered Unwin for those two Paralympic medals as well as a world championship win in 2021) in what had been billed as a bronze medal race.

However, despite the big screens inside the Lee Valley VeloPark velodrome informing the riders and spectators that Team England were medal winners, Unwin and Holt were soon left in tears after being told that they would not, in fact, receive a medal for their third-place finish. 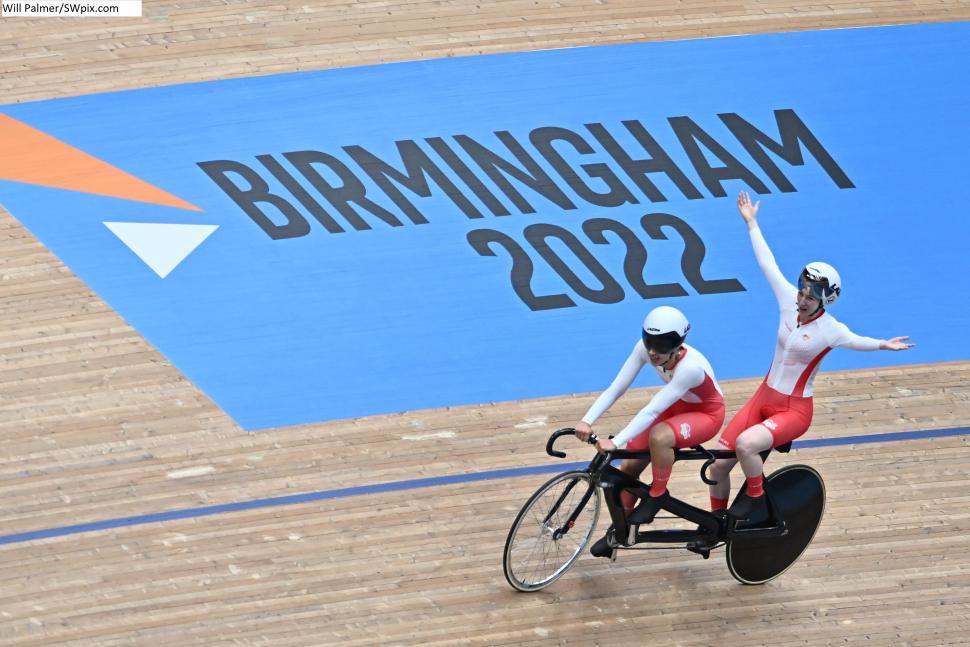 According to the competition’s rules, bronze medals will not be awarded in races which have four entries. Five teams were originally scheduled to compete in the event, but only four took to the track, bringing the rule into force.

It seems, however, that the procedural change was poorly communicated to the racers as well as to staff inside the velodrome, who initially told Unwin and Holt to cut short their post-race interviews in order to attend the podium ceremony.

After being informed of the change, a tearful Unwin and Holt stood behind the podium holding an England flag as the medals were awarded to the Australian and Scottish teams, before they were moved on by security personnel.

They later posed for photographs on the empty podium with medals borrowed from England team-mates Laura Kenny and Josie Knight, prompting a round of applause from the crowd inside the velodrome.

Plenty of confusion at the velodrome as Sophie Unwin and Georgia Holt thought they had won bronze on the tandem, only to be told there were not enough teams in the event.

They tried to photobomb the podium ceremony before being moved on.#Birmingham2022 pic.twitter.com/DXfsMuoopD

Following their protest, the UCI fined Unwin, Holt and England team manager Keith Reynold 200 Swiss Francs (£172) each for their “failure to respect the instructions of the commissaire/organiser”.

Team England has since appealed to the Commonwealth Games Federation to overturn the medal decision, with the issue discussed at a CGF board meeting on Saturday morning. However, the Guardian has reported that the decision not to award the medals will stand.

Nevertheless, the CGF has apologised to Unwin and Holt for the “distress” caused by the incident.

“In the small number of cases where there are fewer than five entries in a Commonwealth Games event, the CGF applies a medal allocation policy to maintain the integrity of competition,” a spokesperson said.

“Unfortunately, while the athletes in the women’s tandem B sprint event were informed of this before the race, the scoreboard and results sheet incorrectly indicated that it was a bronze medal race. We apologise to the athletes involved for the inadvertent distress this has caused.”

According to the BBC, a volunteer at the Games, Kate Goodchild, who was due to present the England pair with their bronze medals, complained to officials about their “unjust treatment”. Goodchild claims she was then told that she would not be allowed to take part in any more medal ceremonies, prompting her to quit as a volunteer.