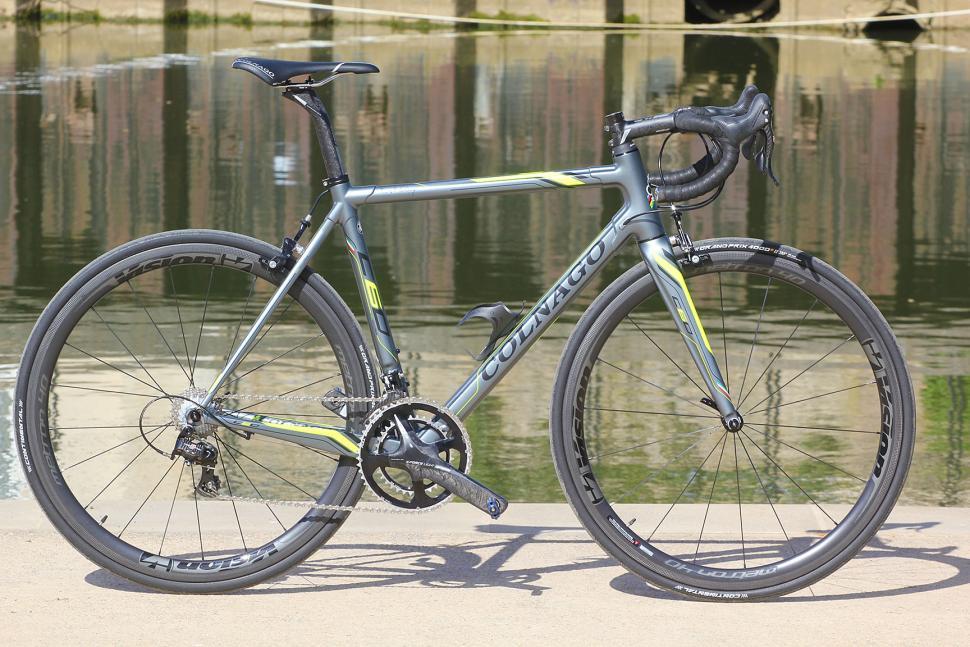 Sixty-six years after it was founded, iconic Italian bike brand Colnago has been sold to an investment firm based in Abu Dhabi in the United Arab Emirates (UAE). Set up by Ernesto Colnago in his home town of Cambiago, just to the north east of Milan, the company’s frames have triumphed in all of cycling’s biggest races and have been ridden by some of the biggest names in the sport, perhaps most famously, Eddy Merckx.

The firm;s founder, now aged 87 and who has lost his wife and, more recently, his brother, who worked alongside him, will retain a small stake in the business after selling a controlling stake to Chimera Investments LLC.

In a statement, he said: "Chimera Investments will give Colnago the ability to grow and increase its presence in all markets, while maintaining and improving the quality of Colnago products. We have a unique opportunity with the support of Chimera to ensure that we continue to build the world's best bikes well into the future."

Chimera Investments added: “From all the fans of Colnago, we would like to thank the master of the design and invention of great bikes Ernesto Colnago, and we would like to follow his path and move forward in his legacy bringing Colnago to a bright future as no-one else would. Mister Colnago will always be the Godfather and the guiding force of the new developments.”

The Italian business already had links with the UAE, having been bike sponsor to UAE Team Emirates – formerly Lampre-Merida – since 2017, with the same year seeing the team’s registration transferred from Italy to the United Arab Emirates.

The team is managed by Giuseppe Saronni, who in the 1980s rode Colnago bikes to victories including the overall title at the Giro d’Italia and the road world championship at Goodwood.

Some have expressed dismay on social media about one of the most famous names in the industry changing hands, while others see positives from the deal.

He can do with it as he sees fit, (and obviously he's just lost his brother), but it's natural for people to feel mournful. Colnago is the story of and a standard bearer for Italian cycling. It's Nencini, Motta, Tre Cime, Goodwood etc.

Everything of its time and all that.

Ernesto Colnago, who came from a poor family, was born in Cambiago in 1932 and at the age of 12 began his apprenticeship, opening his own framebuilding business in 1953, when he was aged 21.

He also raced bikes and in 1955 was invited by Fiorenzo Magni, who had visited his workshop, to take part in the Giro d’Italia. Magni, along with Merckx and Saronni, was one of the famous names to have ridden a Colnago frame, sometimes rebadged for sponsorship reasons.

A friend of the late Enzo Ferrari, Colnago has collaborated with the car marque for a number of striking limited edition bikes over the years.

Their friendship also led to Colnago pioneering one of the big advances in road bike technology in the past half-century – using carbon fibre to make frames, suggested to him by Ferrari in 1980 when the material was starting to appear in Formula 1 cars.

The carbon fibre tubing developed in partnership with Ferrari and the Politecnico di Milano was the first of its kind, with other innovations since then for which Colnago deserves credit including being the first manufacturer to introduce disc brakes on a road bike.

The sale of Colnago comes three and a half years after another of Italy’s leading bikemakers, Pinarello, was sold to an investment firm linked to the French luxury goods giant LVMH.