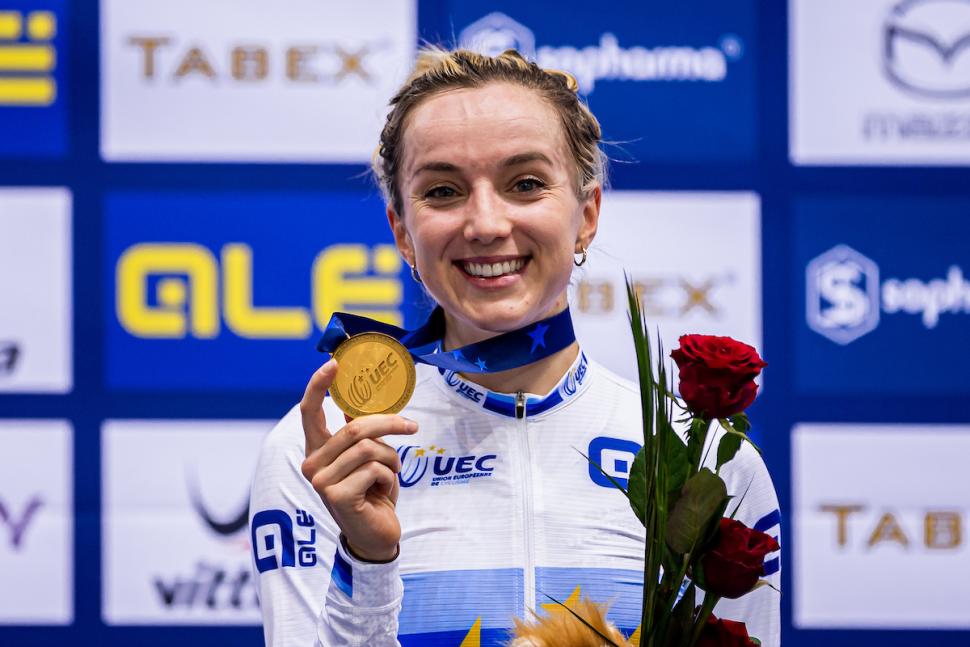 Olympic champion Elinor Barker, who was knocked off her bike last month by a hit and run driver, has urged motorists to “be patient” around cyclists.

The 26 year old from Wales, who won gold in the team pursuit at Rio 2016 and hopes to repeat that success this summer, had been training in Manchester when the crash happened, reports Wales Online.

Police have been unable to trace the driver and speaking this week as she collected Team GB kit in Birmingham ahead of the Olympics, Barker said: "I did not get any information on the car whatsoever.

"It happened really quickly. So nothing has happened to the driver. Unfortunately it is part of being on the road.

“We all know the risks we take when we go out training.”

Reflecting on the incident, she said: “Oh my God. I was unbelievably lucky, no doubt about that. I would say to car drivers just to have a bit of patience, imagine it is someone you love who is holding you up for 10 or 20 seconds.

“"I find it very hard to think about that person who hit me,” continued Barker, who missed five days of training following the collision.

“They were thinking they did not have time to stop on the way to work. That was nothing to do with me, it was not my fault, it was just because they did not give themselves another five minutes.

“So my message would be, just to be considerate really.”

She added: “I was a bit nervous, it was a car which pulled out at the roundabout. Now I look to the left much more than I did before. It has definitely affected me, but you have to get back into it.”

Following the crash, Barker said on Instagram: “Seriously, waiting TWO SECONDS to check for a cyclist won’t hurt you. Not waiting might hurt somebody else.”