Motorist says on 1 to 10 stupidity scale, her tweet was 11
by Simon_MacMichael

Emma Way, the motorist who tweeted about having knocked a cyclist from his bike, has been found guilty of failing to stop after an accident and failure to report an accident. However, she has been cleared of a third count relating to careless driving.

Way was fined £300, will have her driving licence endorsed with 7 penalty points and also has to pay £337 in costs.

The BBC reported that earlier today, she had told Norwich Magistrates' Court: "The tweet was spur of the moment. It was ridiculous and stupid and I apologise to all cyclists."

She added that posting that message on Twitter is “the biggest regret of my life so far.”

Shortly after the incident in Rockland, Norfolk on Sunday 19 May which left cyclist Toby Hockley with minor injuries, Way posted a tweet on the social network that read: “Definitely knocked a cyclist off his bike earlier – I have right of way he doesn't even pay road tax!" together with the hashtag, #bloodycyclists.

Way told Norwich Magistrates’ Court tday that as a result of her tweet, and the media storm that followed, she had lost her job as a trainee accountant.

ITV reports that her solicitor asked her to rate, on a scale of 1 to 10, how stupid it was to tweet about the incident. She replied, “11.”

Way, who denied the charges, claimed that the handlebars of Mr Hockley’s bike had clipped her vehicle and that she saw him wobble slightly as she looked into her rear-view mirror, leading her to assume he was okay. She added that she was unable to stop due to a blind corner.

The cyclist, riding a sportive with a friend, told the court that although he did not come off his bike, he did end up in a hedge.

"A car came around the corner, narrowly missing Jay," he recalled.

"The car was heading over to my side of the road.

"I was hit on the leg by the wing and on the arm by the wing mirror and tried to slam on my brakes to regain control."

That infamous #bloodycyclists hashtag was reappropriated by cyclists in the wake of May's incident, with Mr Hockley himself helping set up the bloodycyclist.com website which aims to "raise some awareness and money for some of the dangers that face cyclists on a daily occurrence."

Merchandise including a #bloodycyclist jersey can be bought through the site. 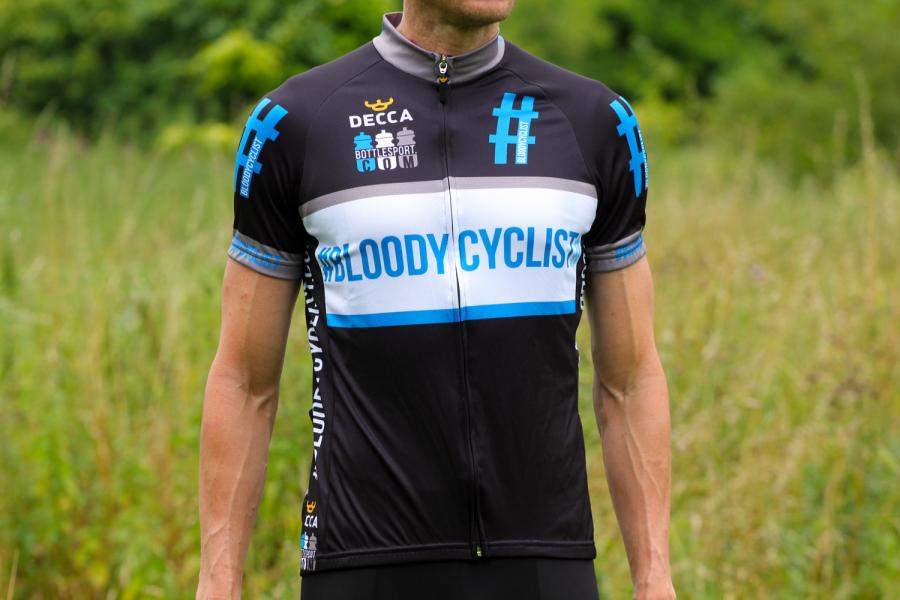