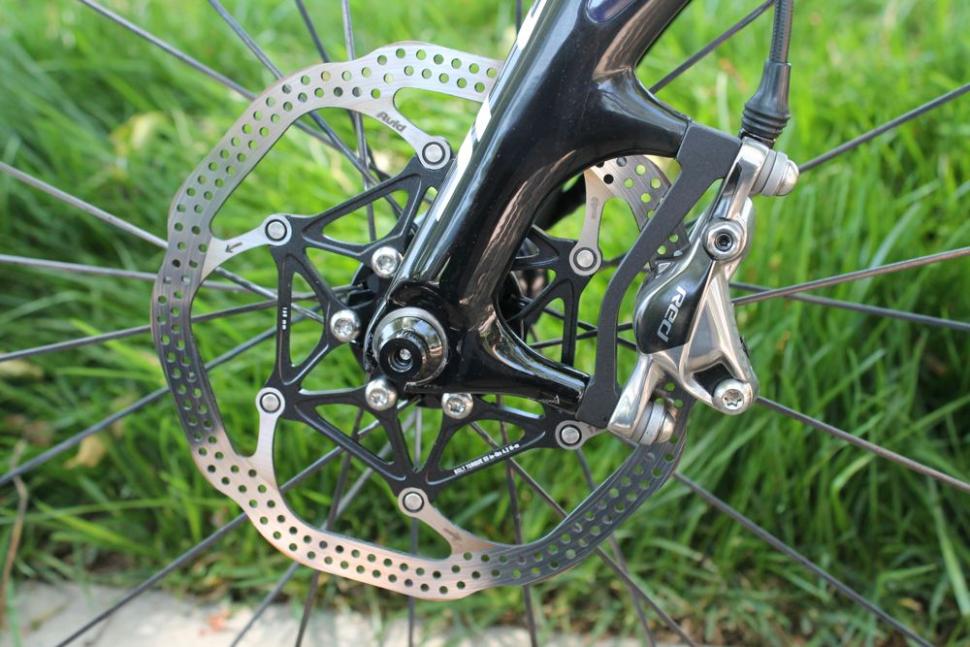 SRAM has issued a recall of its RED 22 and S-700 Road Hydraulic disc brakes citing performance and safety concerns although the US component maker says there have been no reported “failures in the field”.

In a statement issued late on Tuesday night announcing the recall SRAM said that the problem it had identified affected 3,553 brakes and estimated only 500 of the brakes worldwide were on bikes in bike shops or that had already been purchased.

Sram say that brakes subject to the recall have serial numbers in the range from 36T30993767 to 42T39407156 and you can find the serial number of your brake on the brake calliper (rim or disc) and on the outside of the box - if you’ve bought some as an aftermarket accessory.

The serial numbers aren't going to be an easy spot though If the callipers on on of our test bikes that has S-series hydraulic discs are anything to go by. You may need to acually undo them as they are on the back at the top and could be obscured by the adaptor bracket.

SRAM’s statement does not say explicitly say whether the brakes affected are both hydraulic rim and disc brakes, but both their RED 22 and S-700 hydraulic brakes are available in rim and disc versions and the phrase “rim or disc” in its advice on where to find the brake’s serial number suggests that both types of hydraulic brake are subject to the recall. As yet SRAM hasn't said specifically what the problem is but the fact that both rim and calliper versions of the brakes would seem to be affected would suggest that the problem is something to do with the lever.

There had been rumours that some consumers in the US had encountered problems with the new RED 22 hydraulic levers, but this if the first time to our knowledge that SRAM has acknowledged there might be a problem with a batch of the new brakes.

If your bike does have a serial number in the recalled batch the advice from SRAM is to return it to the shop you bought it from where it will be treated asa warranty issues and replaced. The company says it is working with the Consumer Product Safety Commission (CPSC) in the US and European national consumer bodies to implement a formal recall of the brakes in the near future.

The brake recall is an undoubted blow for SRAM who were the first of the major component manufacturers to bring hydraulic brakes for road bikes to market and they have enjoyed a significan head start over Shimano in terms of being able to supply bike manufacturers with disc brakes as original equipment.