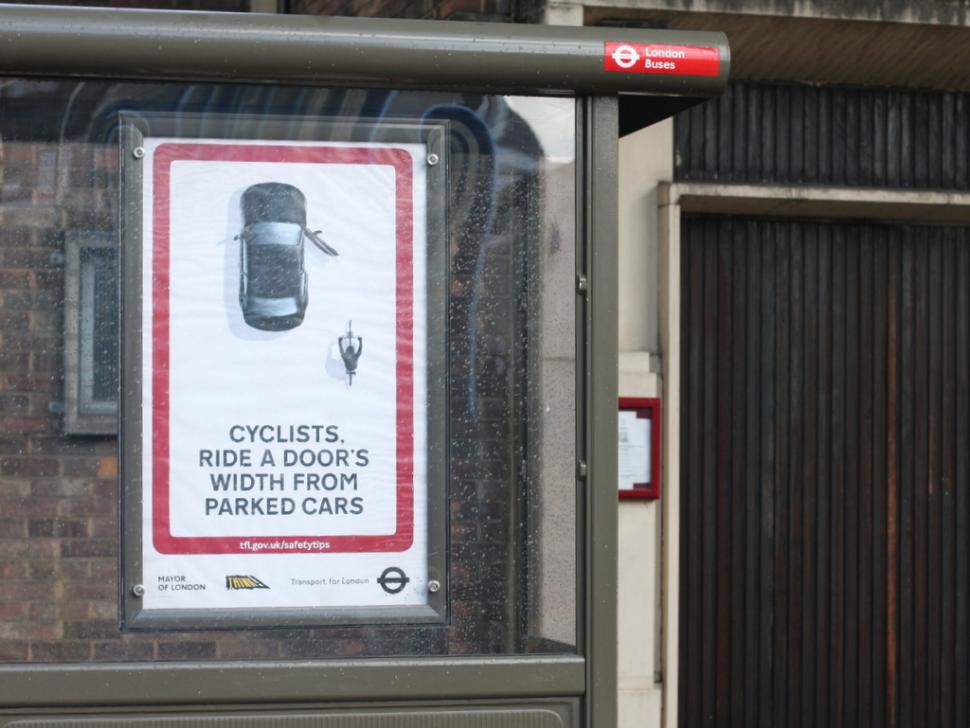 Despite criticism London's 'Think! Cyclist' campaign extends to 5 other cities

THINK! Cyclist, a campaign designed to highlight to cyclists and motorists ways to share the road safely that has been running in London since September 2012, is to be rolled out to five other cities in England.

When the campaign was launched last year in London, no cycling body endorsed it, and CTC was critical of some of the campaign’s advice.

“CTC also believes that THINK!’s recommendation that cyclists should wear a helmet implies that it is irresponsible not to wear one, advice that could be prejudicial to cyclists in legal cases.

“CTC points out that helmets are not designed to protect riders in the sort of collisions that are likely to happen in fast or heavy traffic and that it is far more important to provide sound advice to road users on how to avoid collisions in the first place.” 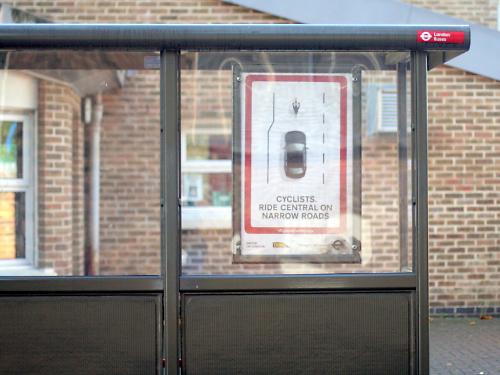 While we admit we haven’t exactly been keeping an eye out, the only place in London where we’ve spotted the posters is on bus shelters. The pic at the top, and this one are from shelters on a quiet suburban shopping street close to road.cc’s east London office. Has anyone out there seen them on, say, buses?

The campaign contains advice aimed at both drivers and cyclists. The advice to drivers includes:

When the campaign was launched, CTC also criticised the phrasing of the advice over advanced stop lines, which is weaker than the instructions in the Highway Code. The Highway Code says: “Motorists, including motorcyclists, MUST stop at the first white line reached if the lights are amber or red and should avoid blocking the way or encroaching on the marked area at other times.”

British Cycling, which has been lobbying for a campaign to promote understanding between cyclists and other road users for two years, has welcomed the initiative.

Martin Key, its campaigns manager, commented: “British Cycling has long championed the need for a driver and cyclist awareness campaign.

“It is vital when talking about safety on the roads that we don’t get a ‘them and us’ mentality emerging between drivers and cyclists.

"We are all road users and I hope that this campaign can help foster mutual respect between everyone who uses the roads to make journeys safer, more pleasant experiences.

“We hope it will not be long before this this media campaign is launched nationwide.”

We contacted British Cycling to ask what had persuaded them to change their stance and back this year's THINK! Campaign but as yet have had no reply - we will update this article with their response when we get it.