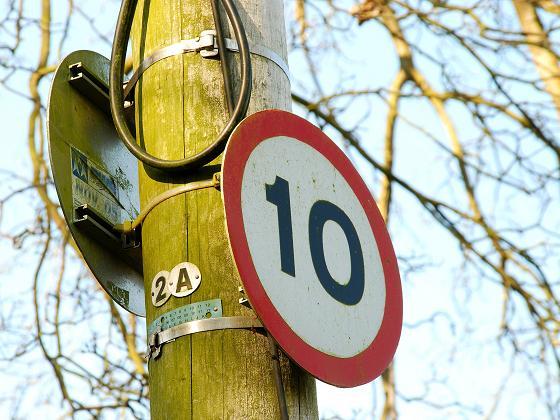 Forces cyclists to zig zag and lose focus on road ahead, say campaigners
by Sarah Barth

A speed limit that forces cyclists to ride slower than 10 kilometres per hour is dangerous, campaigners in Brisbane have said.

The speed limit in the city's South Bank Parklands forces riders to zig zag and lose focus on the road ahead, they say.

Police have stopped 24 riders in the last month for speeding; some at three times the limit, according to the Courier Mail.

One cyclist, Peter Banks, told the paper he found it difficult to cycle slowly, since the limit was reduced from 15 kmph to 10 kmph.

"One thing that's different about riding a bike compared to walking is how far ahead your vision is and where you have to be looking," he said.

"If you are riding at 15 -18km/h, which is probably fair, you are looking about 20 to 40 metres ahead because you have to be aware of what other path users are doing.

Another, Will Overell said that the problem was the shared use paths which make speed limits necessary.

He said: "The main issue is, with every bike way, pedestrians walking three abreast."

"I don't think there's any real simple fix unless you want to invest in infrastructure and create a separate cycleway."

The South Bank Parklands are a mixture of rainforest, water, grassed areas and plazas, with restaurants and shops, on the south bank of the Brisbane river.

In the UK, there are no speed restrictions in law for cyclists.

“It shall not be lawful for a person to drive a motor vehicle on a restricted road at a speed exceeding 30 miles per hour.” (RTRA 81.1)

“A person who drives a motor vehicle on a road at a speed exceeding a limit imposed by or under any enactment to which this section applies shall be guilty of an offence.” (RTRA 89.1)

Richmond Park in London operates a 20mph speed limit that is enforced by police, particularly at weekends, and a number of riders have reported being fined for exceeding it.