On his blog today, British Cycling president Brian Cookson confirmed that there will be a women’s stage race in the UK in 2014. Guy Elliott of SweetSpot is the man driving forward the initiative to bring a world-class women’s tour to the UK. He told us of his ambitions for the event and where the planning and preparation currently stands.

“There’s not a great deal to tell you,” says Guy Elliott over the phone from SweetSpot Group’s HQ in Weybridge, Surrey, and then goes on to talk enthusiastically for almost 30 minutes about his plans for a five-day women’s race in May 2014 and the likely shape and philosophy of the race.

What’s in a name? 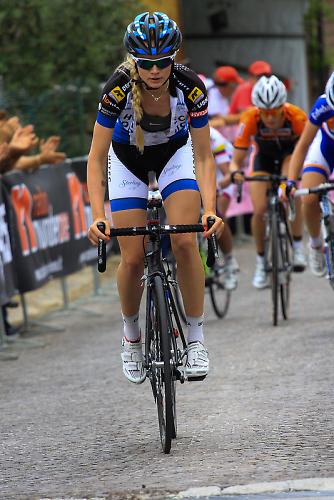 What Elliot and SweetSpot Group have in mind for the race’s first year, though, is a five-day event in East Anglia and the East Midlands. The vital element they believe they can bring is TV coverage.

“We have already been in discussion with TV and we are confident of having extensive coverage. We don’t want to say which station but we believe that will be a game-changer because we will have daily significant TV coverage.”

With coverage comes the kind of visibility you can sell to sponsors and to local councils hungry to make a favourable impression.

Receptive local authorities is one of the reasons for heading east, Elliott says. “It’s an area that has not been visited so frequently by the men’s Tour of Britain, but there’s a great appetite for cycling from the local councils. For example we get great support from Colchester for the Tour Series; last year the start of the Tour of Britain was in Ipswich.”

This region should also help keep the race interesting from a sporting point of view.

Elliott says: “We want to make sure that to start with the race is on flattish or undulating courses and in future years we will move towards more hilly region. We don’t want the race to be decided over one mountain with someone having five minutes lead.”

The Merry month of May

Securing a date turned out not to be trivial, says Elliott, because although there are not as many women’s events as there once were, the calendar is still fairly full. SweetSpot has applied to the UCI for one of two slots in May.

“It’ll be five days, starting on a Wednesday and finishing on a Sunday. We’re exploring whether we have a prologue and four stages but realistically we think we’ll have five stages. To make it cost-effective and attractive for councils you want to start in one town and finish in another,” he says.

Why a separate race?

If it’s that hard to find a standalone slot, why not just bolt it on to the men’s Tour of Britain?

The answer is a combination of logistics and philosophy.

“I’ve been talking to Emma Pooley and we’re very supportive of her agenda to push women’s sport forward, but the first thing you need to recognise is that in the UK we have a very different cycling environment from the Tour de France,” says Elliott. 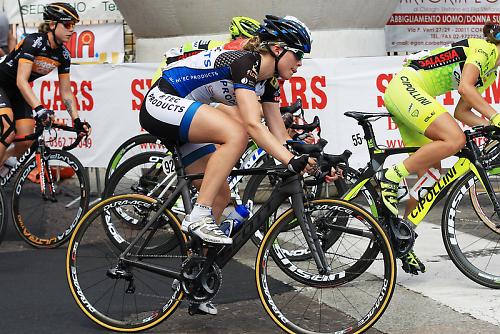 “For the Tour the roads close at least three hours before the race, and you have an environment where the public totally expects it. Every junction has a gendarme and people sitting by the side of the road, so you have effectively a sterile area where it may be possible to put on a women’s race. I don’t want to comment further on the Tour de France logistics though.

“In England we are operating a rolling road closure in a 20-minute bubble. To make that work we use every single resource at our disposal, every single police motorbike and national escort group motorbike just to run the men’s stage. It would just be physically impossible to put a women’s race an hour ahead of that.

“When we run the Women’s tour there will 100 riders and that means a race entourage of 400 people, so just that means it would be impossible for us to do [a combined race] in England.”

But it’s not just about the dull but vital logistics of support motorbikes and road closures. Elliott believes that a standalone race gives the chance to showcase women’s cycling as a great event in its own right.

“When you look at women’s sport, from the minute women enter adolescence they are treated as second best. So you have Wimbledon and the women’s final is on the Saturday. One of the agendas we want to wrap around our Women’s Tour is that they’re not second best so they should be treated in their own right as athletes.

“We want to run a separate women’s tour, one for logistics reasons, but two we think we should create our own package around women having their own event.”

Elliott says that philosophy has gone down well with the riders he has spoken to.

“We have been told by all the women in the peloton, that if we’re televised, which we will be, if we offer a good prize list, but more importantly if we run a race where they are treated as proper athletes, with finishes in town centres not in out of town areas, they will come over.” 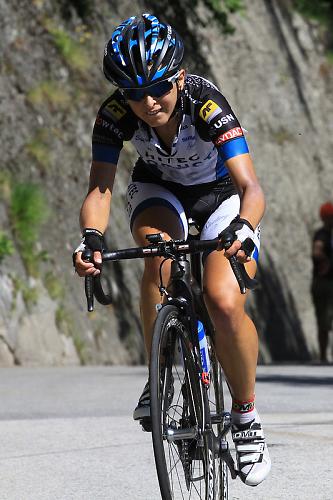 “I went to a Dutch race where I was sitting in the town centre and you wouldn’t have known there was a UCI stage race going on, and 2km outside the town the women’s race finished. They stay in very low grade hotels or bed and breakfasts. We are going to finish in town centres; we are going to pay equal prize money to the equivalent men’s race; we’re going to put them in four-star hotels and surround them with the same number of motorbikes.

“All the towns, all the flashy podium presentations will be geared around  the women’s race and not the women just turning up before the main event arrives.”

A third reason is that getting financial support for a standalone race is a better sell.

“To run the women’s race over five days our budget is something £1.5 million. To raise that from sponsors we need to sell them the fact that this is something unique and game-changing. We’re going to surround it with a women’s sport festival, get the riders to engage with local schools, and things like that.

“That’s what’s turning on all the councils and potential sponsors. If you said ‘we are  going to run them an hour ahead of the men’s race’ we’d struggle to get that support.”

You get the sense that Guy Elliott is a man used to keeping lots of plates spinning at once, dealing as he is with the UCI, numerous possible start and finish towns, the athletes he plans to bring and the TV companies that will be vital to the event’s success.

But it if all comes together, it could be a heck of a show.

“We are planning to take each stage to an old-fashioned county and give each stage its own theme around the county, like Cambridge with the spires and punting on the Cam and so package the race for TV.”

And that TV coverage won’t just focus on the race. Just as Tour de France coverage has elements of a three-week tourism slot for France and its regions, so the coverage of the Women’s Tour will reflect the host towns, but also the characters and stories of the riders themselves.

“Our plan is to get an hour’s TV coverage each day,” says Elliott. “20-30 minutes of that might be focussing on the riders and their stories, what goes on behind the scenes, how to get into the sport and maybe 30 minutes on the actual racing.

“There are wider stories around this race, like Lucy Garner having gone to Holland aged 18 to be a pro cyclist, and how her boyfriend is a cycling champion too. There are some very attractive things for TV.”